A quick jaunt through history?

I don't do modern - digital technology in all its' manifestations (including ink!) is way beyond my comprehension. I quite simply do not know how it works. If I were a kid at school today, I would be illiterate, educationally sub-standard because I just have no grasp of how this modern digital gig functions.
The guys, with whom I work, have all got 3 and 4 G phones which have computer systems that are more powerful than those which got America to the moon! I am not saying that I'm unable to use the results of digital technology, just that I have not the slightest insight, nor interest in discovery, of how it actually works.
My laptop is a powerful tool, an incredible piece of equipment, that allows me to communicate my experiences and opinions to an audience of global proportions. Utter madness. So, although I have no idea how it works; work it does and I am happy to embrace the advances and use the technology at my disposal.
As I've been pratting about, starting to sort through my gear for Loch Awe 2015, I've rummaged through some of my "odds & sods" boxes and discovered many, long forgotten/overlooked, items. There a aluminium landing net poles, with folding metal framed nets, hideous rod rests and numerous other sundry items which, in their day, were considered to be essential. I suppose it is because angling has been a core part of my life that I have more than a basic understanding of tackle development and why it has occurred.
I have not always seen these advances as improvements, they are simply marketing ploys by the tackle manufacturers to keep the dollars rolling in. Yet without the dollars, there will be no funds for future development, it is very much part and parcel of the whole process.
I don't think that there is any other, non-essential, accessory that demonstrates this process of evolution, as technology becomes ever more affordable, than the bite alarm? The brainchild of Dick Walker, the very earliest alarms were cobbled together incorporating an antennae fixed to a GPO contact switch and some form of sound unit - quite likely to be a buzzing door-bell. The first commercial alarm was The Heron, which quickly became a cult statement for every school boy who went fishing. Both Simon and myself owned these plastic contraptions, although I don't recall any successes we may have had whilst using them. 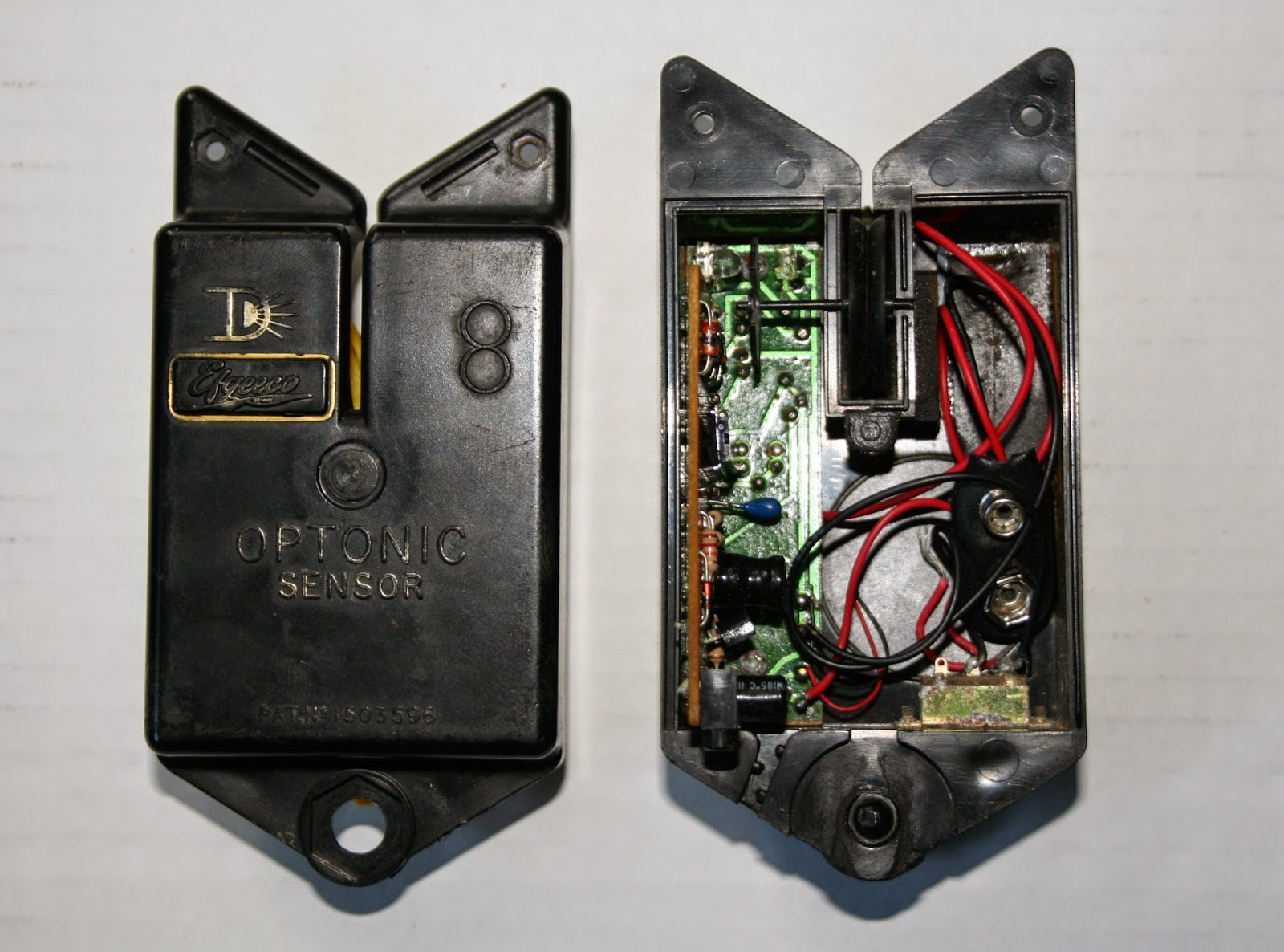 It was in the 80's that the modern bite alarm started it's development. Delareed, a Ramsgate company, started to manufacture and market the Optonic bite alarm system. A completely revolutionary concept, a rotating blade, breaking a light beam, causing an audible signal, the race was on. Del Romang (I hope I've spelled his name correctly) quickly saw improvements and started to offer "modified" units. This caused quite a legal battle and was to see Delkim, as a company, emerge from the affair. My own "Optonics" were Les Bamford conversions, and gave great service, in all weathers, during the 80's and into the early 90's; I wish I still had them.
In the early 1990's a guy called Steve Neville decided he could improve, further, the bite detection of a burgeoning specimen angling community. He was an engineer in the RAF, as I recall, and it was Bob Henderson who introduced me to these alarms. Using a magnet, in a roller, to activate a reed switch, they were neat and incredibly well constructed, completely waterproof, sealed units. I got two for £25! Quite what occurred during my eighteen year break is unknown, to me, but on my return to the hobby I purchased three "Digital" Optonnics (£9.99 each) and have had no reason to complain about any aspect of their performance. They are about to make their fifth trip north and have never let me down - I've only had to change the batteries once! My latest acquisition, those incredibly cheap Redmire alarms, is a manifestation of how far technology has advanced. Very similar to that of digital watches or TV's - the first examples are incredibly expensive but, as further developments happen, the price of subsequent models becomes less and less. To be able to market a bite alarm, manufactured in China, at a price of £1.66, and still return a profit, suggests that this technology has about reached it's peak in terms of development potential?
Posted by Dylan Wrathall at 09:48