I made the effort to take my camera to work, this morning, but it soon became clear that the berry supply in Booker's car park (where I had been hoping to use it) had been given a right hammering and very little of the crop remains. However, on the opposite side of the road, in The Old Rose Garden, there are still several heavily laden trees on which the hoards of Blackbirds and Fieldfares are feeding. I couldn't get out during my shift, so had to wait for it to end. The thaw has set in and everywhere around the farmland tracks is that slushy mess of snow-melt water and mud! 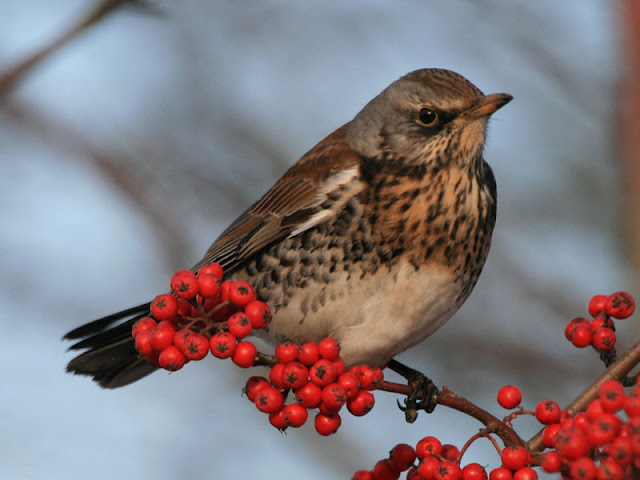 I left work just after 14.00hrs and had a period of twenty minutes, whilst the sun shone, before the clouds rolled in to provide a grey back-drop for the chilly easterly wind. I managed to get a few decent images of the Fieldfares, the bright light giving proper detail to their intricate plumage, plus I recorded my first Stonechat of the year, when a female popped up briefly on a cauliflower stalk that was poking through the snow. Six Golden Plovers provided further evidence of cold weather movement and a couple of Lapwings were probably birds that I'd seen yesterday. I have a feeling that the network of footpaths will become a muddy nightmare before they get better; so my route to and from Pyson's Road, for the foreseeable future, will follow the direct and far less interesting footpath that passes the entrance gates of the new school. 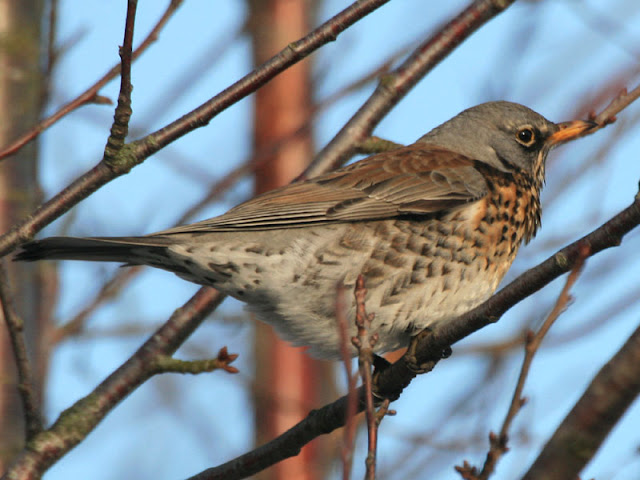