The garden provides the goodies

It would seem that low water levels and a dangerous concentration of E.coli bacteria, in our chosen section, the River Stour is telling us to stay away. I won't need much persuasion as I am really not feeling it, for the Barbel, at present. Although I have spotted some very big fish, for their species, not one Barbel has been located. Unsure of how many fish one needs to catch before you've caught enough, I'll happily keep my gear packed away until such time as conditions change, for the better, and we get a flush of new water in the river.

The moth trap continues to take centre stage in my daily routine turning up some very nice species, common and otherwise, for our garden list. My macro photography is slowly, oh so slowly, starting to improve hence allowing me to record better images of the intricate patternation of some of the miniscule creatures that I discover on the egg trays. Hummingbird Hawk-moths are still present in decent numbers, four yesterday, but it was a medium sized Hawk-moth sp. which zoomed around the Nicotiana flowers, at dusk, which caused the most frustration. It was almost certainly one of the "A" list species which I've never trapped?

Autumn bird movements are now well under way. Yesterday I counted seventeen Common Buzzards and three Ravens over whilst today there have been two Pied Flycatchers in the garden Buddleia and Elder trees. As crazy as it might sound, Pied Flycatcher (No. 155) is the first addition to my self-found year list since our June holiday on Corfu! 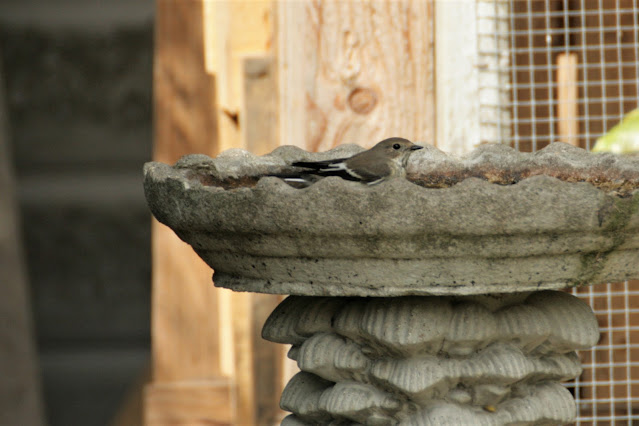 The local Hedgehogs continue to visit our feeding station, it not being unusual for there to be three or four at any one time. However I've not seen a Fox since the first week of July and feel sure that it/they have fallen foul of the local pest control clowns. 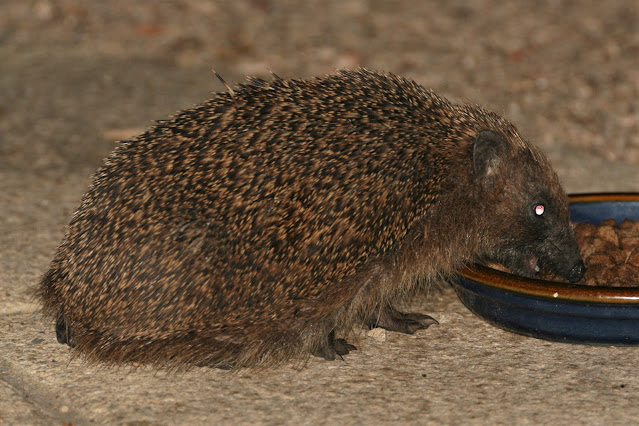