The beginning of a new chapter

I retired yesterday, walking away from the best work experience I've ever been part of. If my time with Unilever was a superb adventure, Fuji took it a step further, allowing me to be part of an unfolding journey of, pushing boundaries beyond what was previously thought possible? The group of individuals that make up the "digital dept" of FSIS are a wonderful bunch of people who've played a massive role during my time within the company. I sincerely thank each and every one of them for the part they've played in my enjoyment of the time spent at Pyson's Road.

It's now time for me to move on and look for new challenges. Fish to catch, birds to watch, places to go and people to see. Bev and I have quite a "wish list" that we'd like to achieve before we're too old! So watch this space. The BWKm0 list has been stuck at 53 species for the past seventeen days, so it was a nice surprise to hear two Willow Warblers singing from an adjacent garden, as I filled the feeders this morning. Once I'd finished, I grabbed the camera and managed to get a few images of one of the birds feeding in our garden Elder before the pair of them were off, north, along the gardens. Very few signs of migration around Newlands, just a trickle of Chiffchaffs and four Blackcaps for me, thus far. It will all change now that work won't get in the way. 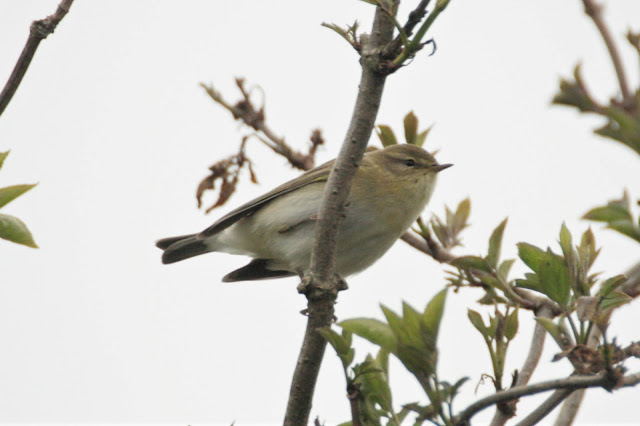