It's been a very enjoyable period, just recently, as I adjust to the freedom associated with retirement. Fishing, obviously, will play a huge part in this new chapter but I'm also rapidly rediscovering the thrill of wandering the Newlands patch again. The birds seen out on this very ordinary part of Thanet have provided massive highs over these past twenty-one years since Bev & I moved into our bungalow. I no longer take notes, nor keep records, as such. The birds, now, are purely for my own entertainment. That I am occasionally able to share a sighting with a passing dog walker or curious neighbour just adds to the pleasure of this very simple approach to my birding. 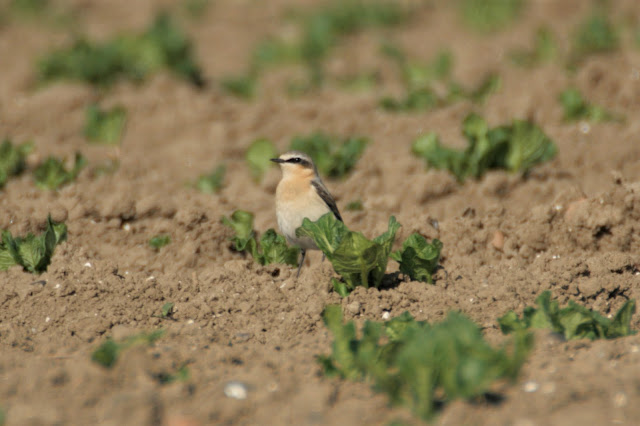 Bev and I went out for a walk, yesterday, and as we crossed the "big field" en route home, stumbled across a bunch of birds on a newly ploughed field margin. Three Wheatear, a Skylark, five Pied and one White Wagtail, bloody brilliant! Even Bev, not remotely interested in birds, was able to grasp the concept of "White-arse" as the Wheatears flitted about and easily discerned the difference between the male Pied Wagtails and their pristine "White" cousin. I had a drive down to the syndicate fishery when we got home, intending to cast a floater or two. WRONG! It was packed and the wind, a very chilly Easterly, ensured that absolutely nothing showed. I had a stroll around, chatting with the various members ensconced in their bivvies, "nothing doing!" being the common theme. I had my bins round my neck and was happy to record the first Yellow Wagtail of 2021 even if the rods remained in the van. 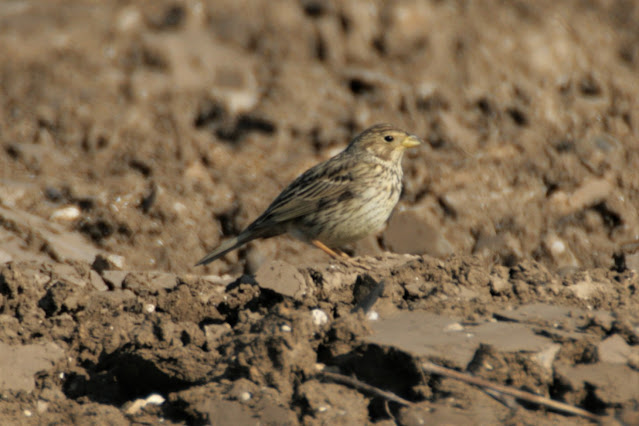 Out on the farm early-ish this morning, I had that weird feeling of impending doom. It was quiet as I walked the first hedgerow, absolutely nothing, not even a Dunnock! I had intended to walk across to the "Old Rose Garden" but, for some reason, changed my mind and turned right instead. Immediately there were two female Wheatears bouncing about on the recently disturbed earth, then a Corn Bunting appeared. I'll keep going. I've absolutely no idea what made me look back but I'm very grateful that I did. Almost at the point where I turned right, not left, was a thrush! Surely not? The bins immediately pointed towards this apparition, a bloody male Ring Ouzel was decked right out in the open. I rattled off a few record shots knowing that a bunch of school kids were rapidly walking the same footpath I'd just left. The ouzel flushed at their approach, never to be seen again - oh the joy of local patch birding! 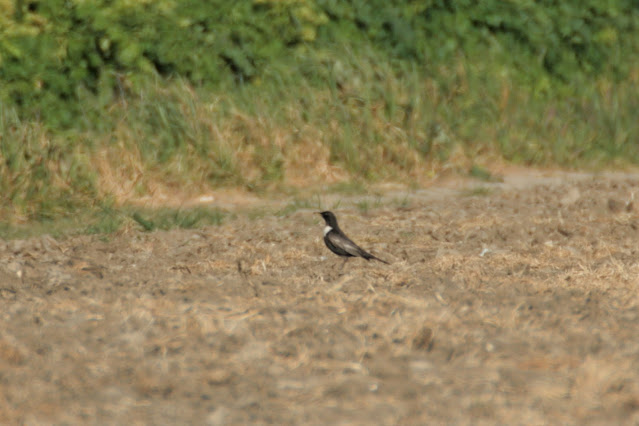 Ring Ouzel was a species which I'd already written off for this Spring, such have the conditions been, so a right result. It didn't end there because a few moments later the first "patch" Swallow of the year skimmed past me. Only four Buzzards today, but I did record a flock of twenty-one Black-headed Gulls flying East, so I really don't know what to make of this situation as there's no comparison with the same period in 2020. Roach fishing tomorrow, with a carp "snide on the side" rod just for good measure. That second jab knocked me sideways for a couple of days, hence the lack of blog posts, but it's all good now - onward and upward.