Since November 2011 I have been exploring the various drains and dykes which criss-cross the East Kent marshes. Although I have been distracted by both carp and eels, pike have been the species which I've spent most of my time fishing for. So with nearly a decade's worth of experience I was quite confident when I rocked up at one of my favourite spots, for an afternoon session on Thursday, this particular venue having a reputation for producing bites late in the day. True to form I managed two fish, from three bites, but also had to accept the fact that eels were a bloody nuisance, constantly giving quick tugs on the soft bodied sardines that I was using as bait. It was getting on for 17.00 hrs when I actually managed to hook one, so wasn't bothered about calling it a day and heading for home. 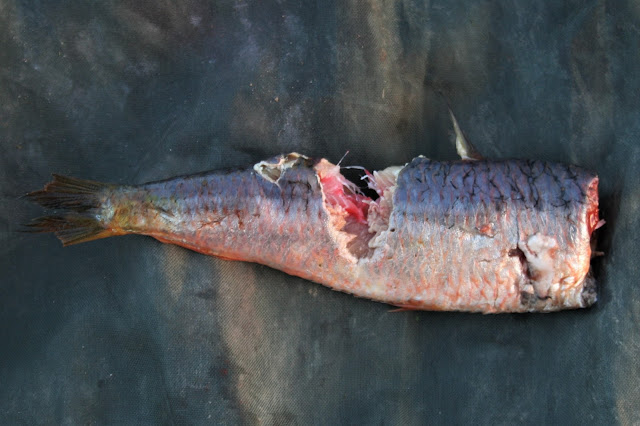 I'd taken my binos and the long lens with me, probably a direct spin off from the BWKm0 garden birding that I'm currently enjoying. I wasn't expecting much, so was happy enough to spend time watching an adult female Marsh Harrier quartering the adjacent marsh - nice! There was a lot of Coot activity on the drain and plenty of commotion as territorial pairs squabbled over invisible borders. It was during one such bout of aggression that I found myself looking at a very strange Coot indeed. I fired off a series of shots, just hoping to capture something for the record. I've certainly not seen this type of plumage aberration previously. 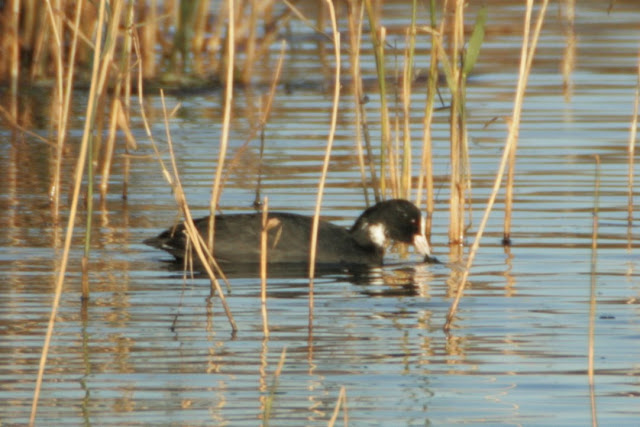 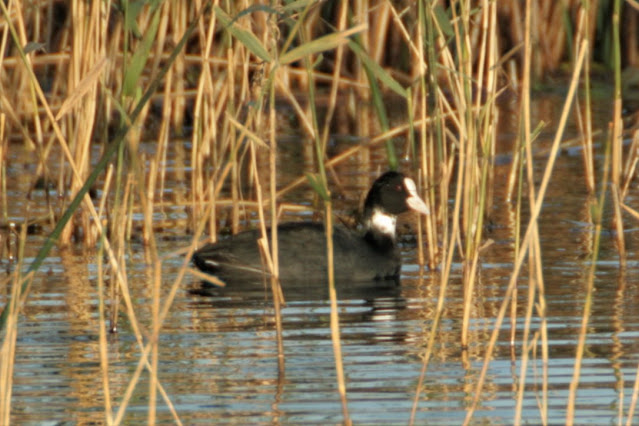 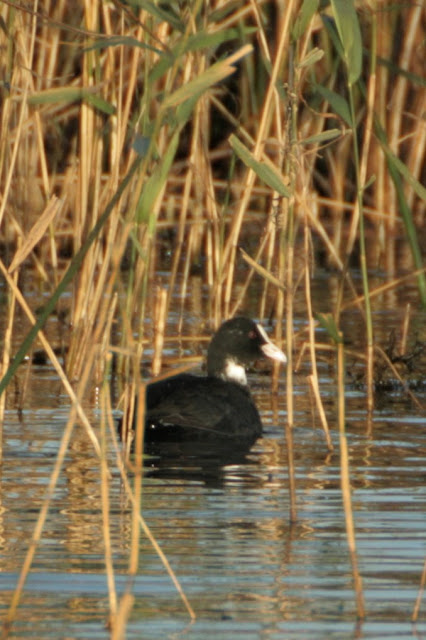 With the cremation farce behind us Bev and I are hoping that some level of normality might return to our lives? Obviously the pandemic is set to cause further havoc before Pfizer (BioNTech), Astra Zeneca and/or The Oxford Labs come up with a viable vaccine. Let's hope it's sooner rather than later. Yesterday, after the trip to Margate, we jumped in the van and went for a long drive, just so we weren't sitting around indoors dwelling on events. A really nice ride taking in Canterbury, Ashford, Rye, Brooklands, Romney & Dymchurch before heading back, via Donkey Street (Burmarsh)This was a major mistake as it was an absolute chaotic nightmare with road closures and diverted traffic but, eventually we made it through the gridlock and continued up the Elham Valley then on, via Barham, Aylesham, Wingham, Ash before arriving back home. We didn't get out of the van, just needed to spend some time together gathering our thoughts and chatting. It was really comforting, in a weird sort of way! Essential travel? It was for us.

On getting home, once we'd settled down, it was time to get the kit ready for another session out on the marsh. This time I was headed for a drain that had been very productive during the early years and was always a good bet for a double or two. Being very narrow I changed my reels over to centrepins, as casting isn't an issue, thus ensuring that I'd derive every last scrap of enjoyment out of any hooked pike. Although the venue isn't too far, from home, it does involve a hike of some mile and a bit to get there so I was in the van by 05.00 hrs, thus, on the bank around 06.00 hrs. All three baits were in position by 06.30 hrs and the flask provided my first coffee of the morning. Common Snipe, Redwing and Wigeon were heard calling out in the semi-darkness of a very murky dawn. As the light intensified I was able to watch a splendid little male Merlin chasing a Linnet high over the marsh. It was a victory for the Linnet on this occasion, the Merlin sped off across the marsh in search of another victim.

It was 07.20 hrs when the right hand alarm alerted me to the fact that something had taken my popped-up Sardine. On the rod within seconds, I wound down to find myself attached to very spirited little jack of around five or six pounds. I'd just returned the fish to the drain and got a fresh bait prepared when the left hand alarm burst into song! This time it was an altogether different battle as the fish surged off along the drain with immense power. Like all anglers, I'd love to say the battle was epic and lasted for an eternity, but it wasn't and didn't. I soon had the fish over the chord and there was my third double, of the campaign, in the bag! No sooner had I managed to get the pike unhooked (I had to remove a second trace from the throat of this fish) and into an ET Piketube that the right hander was away again. This time a lively customer led me a merry dance before being persuaded over the net chord. Around eight or nine pounds, I didn't weigh it, I had to pull a semi digested rat from its' gut in order to remove my own hooks. 08.00 hrs and it's all over, not another beep from the alarms until I packed up at 10.00 hrs. All the bites came to popped-up Sardines flavoured with Predator Plus and Mackerel oil. My middle rod was offering a popped-up Bluey section and did absolutely zilch, despite being in pole position, feature wise. 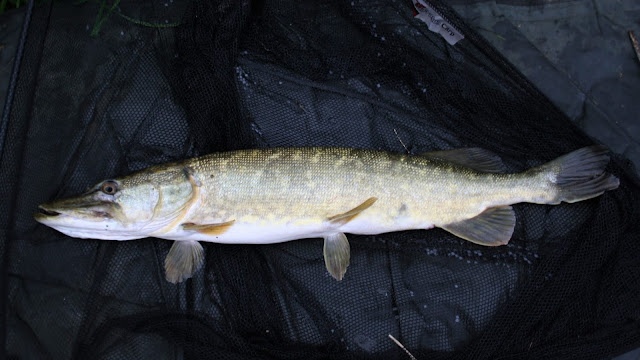 I've now taken thirteen pike in eighteen sessions, since the 1st October, not too shabby considering the very un-pike like weather we've been experiencing. Three doubles is also a very good return for my efforts and shows that I must be doing something right?