All over the show

Normal? Not too sure I know what that means anymore. Work/life balance, weather and wildlife sightings just don't fit into any pattern that I've previously experienced. Maybe this is the "new" normal? Three pike sessions during the passed seven days has resulted in two more fish gracing the landing nets; both in superb condition and fighting fit. Both fish between seven & eight pounds, so certainly very welcome whilst I await the next double.

Out on the marsh, this morning, I had the privilege to speak with an elderly couple who were out walking. We didn't talk for long, observing the required 2m social distancing, but it was an incredibly pleasant exchange which set me off on a thought process of how lucky we are. Those of us who are able to derive joy from spending time, quietly outdoors, just looking and listening to our surroundings. I was drawn to recall a sign which is on display on the main beach at Ramsgate. It reads "Take only memories, leave only footprints" a sentiment which I whole-heartedly endorse. In my lonely spot I realised that any other humans which made the effort to get there weren't any less serious about their hobbies than I mine. There is no litter, what better advert for those who make the effort to visit such locations. For me, to get the kit out there, involves pushing the barrow over a mile and a quarter, each way, chavs ain't doing that! My mind did start to wander and I came up with an alternate slogan "Take only photos, leave only footprints" which seemed to fit the mindset of the moment. 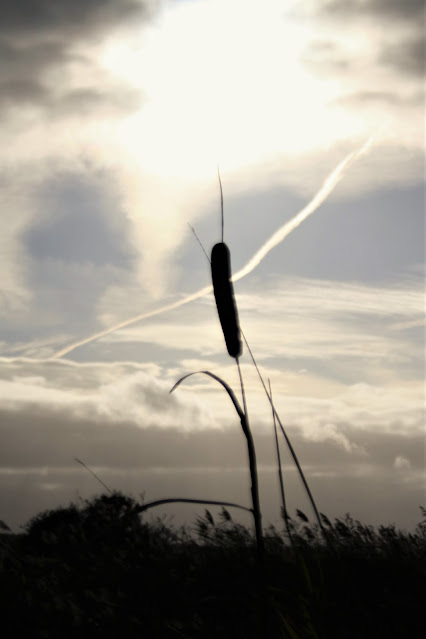 The garden bird watching caper remains central to my work days, whenever I'm on late shifts, but has been a real struggle. I've added just three more species to the list since day two! Walking back from the local shop, on Friday morning, I was gutted to see a Meadow Pipit fly over my head. If I'd  been in the garden it would have counted, shouldn't have been too worried because within a few minutes of getting home a bloody Woodcock flew over the garden, not a bad swap! So my, lockdown Mk II, BWKm0 list now stands at thirty-five species. The other two additions being Common Gull & Redwing. The craziest sighting of the week must go to Friday's Red Admiral which chose to sunbathe on Bev's garden swing chair. The hedgehog drinking bowl had frozen and the grass was covered in frost! Are there any better conditions for butterfly spotting?

The garden hedgehogs remain a huge source of interest with no sign of reduced activity around the feeding station. On Wednesday night, between 22.00 & midnight, there were a minimum of five individuals photographed at the food bowl. On Friday it got even more crazy when, on stopping off at the local shop, I actually caught a young hedgehog which was wandering around the entrance path. Arriving home, I released it at the food bowl, fully expecting it to bolt off into the darkness once I'd retreated. Not a chance. It un-curled and started munching on the Tesco Kitten biscuits as if nothing had happened. It was soon joined by another very small hedgehog which, for me, completely dispels the notion that only siblings will tolerate each other in a feeding situation. Other hedgehog sightings during the week have revealed two more "colour marked" animals - WHY? If there is no central data base to report these sightings, what purpose does it serve? 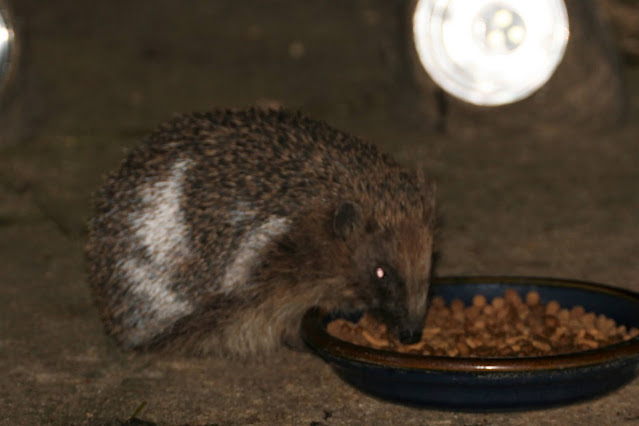 The weather is doing little to assist my pike angling project, eels remaining a real pain due to the incredibly mild conditions. With the forecast predicting little change I'm already planning an after work session, at a local drain, specifically targeting these slimy pests! Could be entertaining?