With the Autumn migration now well underway, there has been quite a bit to see around the "patch". Willow Warblers are regularly seen in the garden although none has deigned to pose for a photo, thus far. A late Swift was watched flying south on Thursday afternoon and a Green Sandpiper called out in the evening sky as it passed, unseen, overhead. I've been seeing odd Common Buzzards quite regularly throughout the Summer, so I would assume they are local birds, however, at 13.30 hrs yesterday a group of eleven came over, five passing straight through whilst the other six spiraled up into the heavens before setting off steadily SSE. 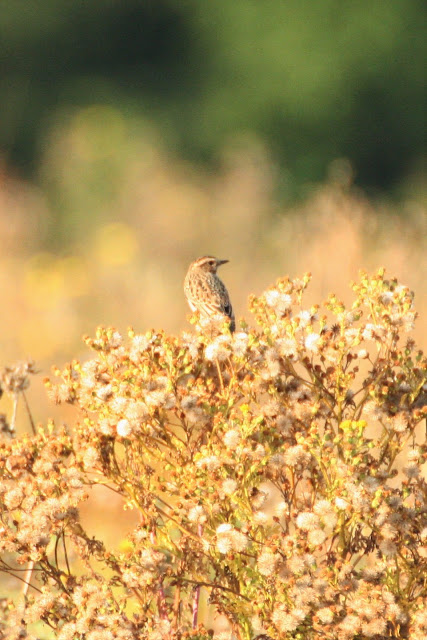 Up early this morning, just because it was too hot to stay in bed! A quick lap of the farm revealed a couple of juvvy Kestrels, two Willow Warbler, a Spotted Flycatcher and a Whinchat - happy days! The study still provides the bulk of my photographic opportunities and I'm rather enjoying this simplistic approach. That foolish notion that I might record images of fifty species from, in or around, the garden might require a major rethink and it may be that I'll just see how far I can go with the idea rather than set targets? 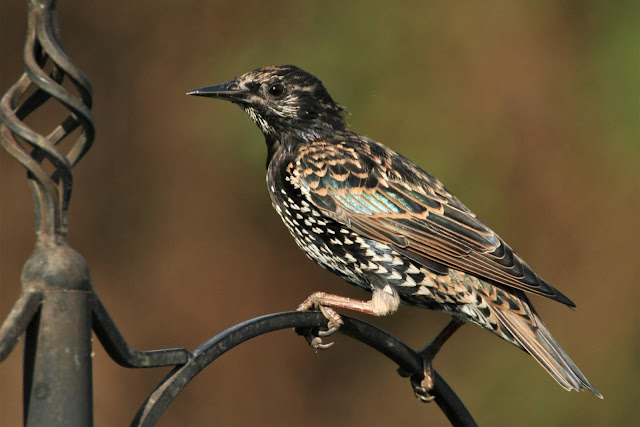 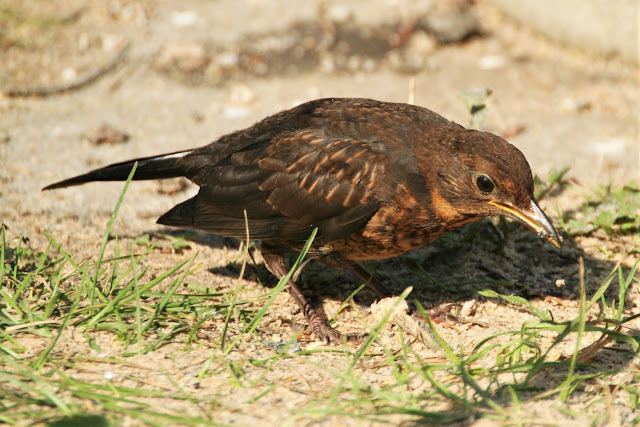 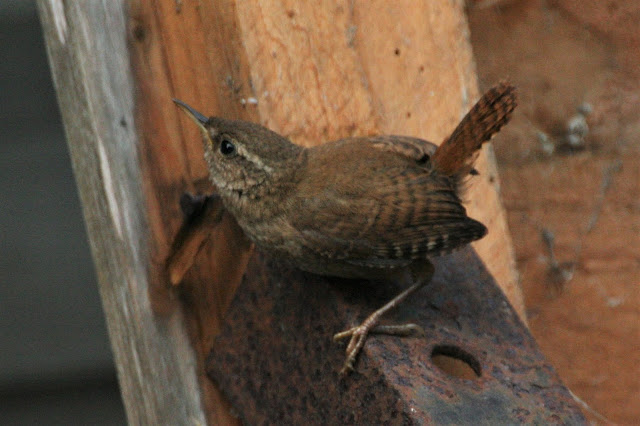 As with many other garden watchers, the Painted Lady influx here on Thanet, has been a very welcome bonus and just adds that little touch of the exotic. 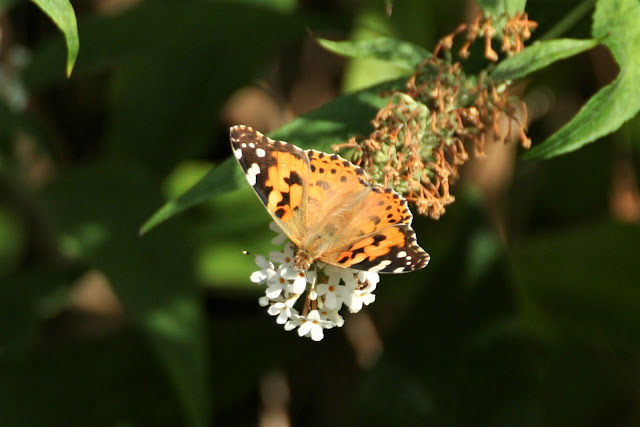 Then, just when I'm about to press the "publish" button there it is, perched no more than six feet away! A bloody Pied Flycatcher on the garden swing seat frame! As I grabbed the camera it flitted off into next door's garden and I managed a few shots as it perched briefly in their apple tree. It didn't stop there,, oh no! Just looking at the images on the back of the camera when a Common Whitethroat appears in a tangled mass of cut bramble and dog rose. I don't know what's occurring, but am extremely glad that I was able to capture these moments . Who knows what'll turn up next? 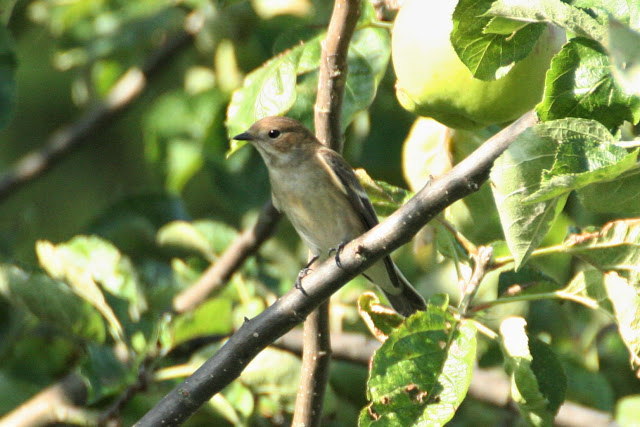 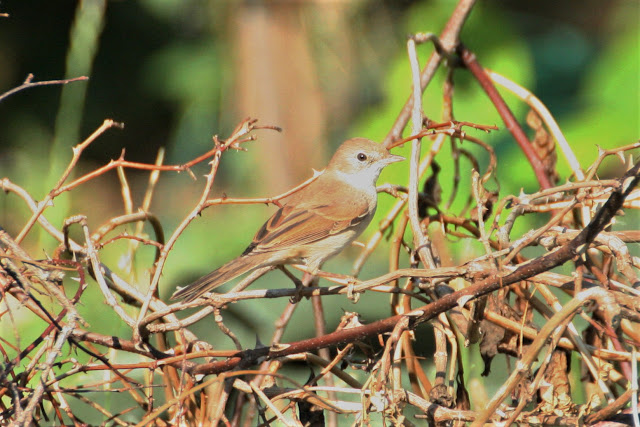