The past couple of days have been rather eventful for Bev and I - life is good! What little debt we had is now consigned to the history books and we can get on with the rest of our lives. On getting back from Ramsgate, we'd been into Lloyd's to draw a line under the proceedings, I settled down in my study, coffee to hand, watching the activity around the feeders. Starling numbers are starting to build and it was during a particularly frenzied gathering that I spotted a juvenile bird sporting a silver leg ring. Quickly the camera was pressed into service and I managed to rattle off a few shots which have allowed me to see that it is a BTO ring with the starting code of LK3........? Most likely to have been ringed by the guys at Sandwich Bay Obs, but I can't discount the possibility that Chris and Anne Hindle, over at Reculver, might be responsible? 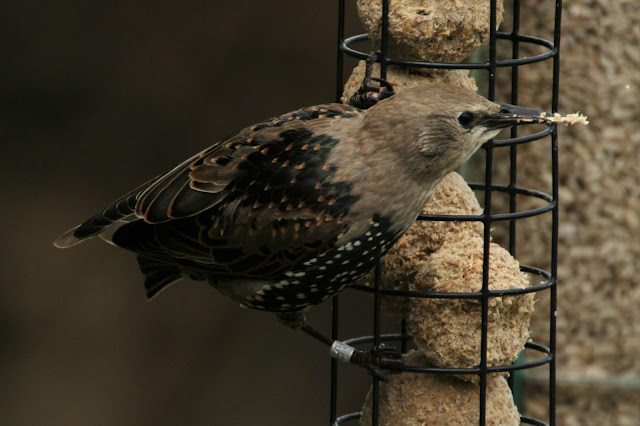 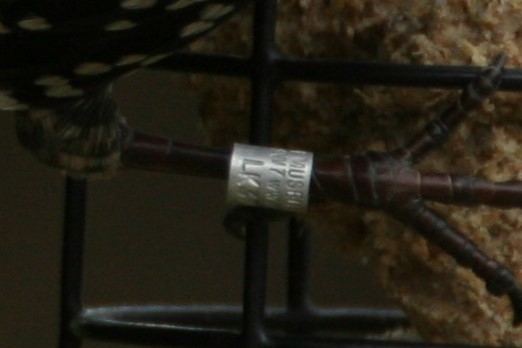 Well the bird reappeared just after I made the original post and I'm able to add a little more to the ring code. I now know that the ring is LK3724.....? 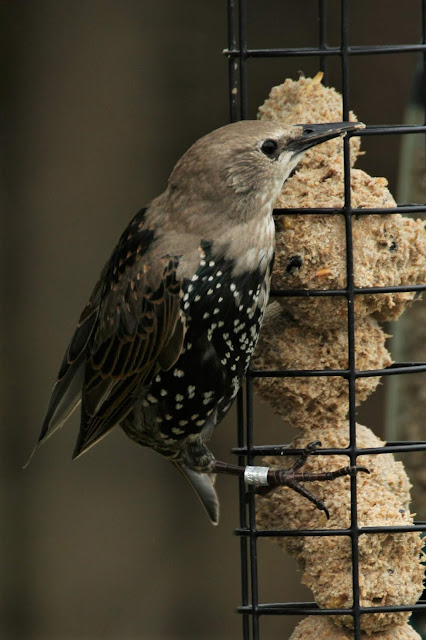 Just got in from a late shift and downloaded another bunch of images that I'd taken just before leaving for work. Looking through this new bunch of pics has finally allowed me to put together the complete ring code of this bird. The final combination has been revealed as LK37249. Although I've already contacted Sandwich Bay Obs, I'll send this info to the BTO and see what I can find out about the journey this bird has made to reach my feeding station. 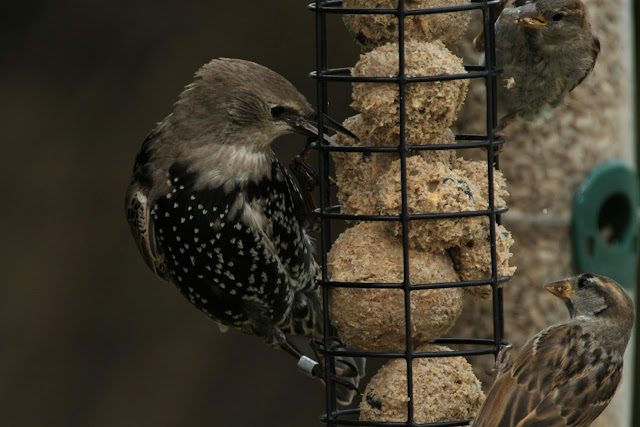