Benno, Luke and myself are now four weeks in to this latest project. It would seem that we have a venue where we are able to explore the angling potential without becoming involved in a dual competition with other anglers, as well as the carp. Don't get me wrong, there are several other guys doing exactly the same as us - some of them are extremely cute! (I don't mean cuddly - they are sharp as razors and going about their own projects with determination and angling skills/watercraft of the highest order) We don't speak much, there's certainly no sharing of ideas going on -  a few grunts would pass for conversation - but I think that there is a great deal of mutual respect; it's not an easy water. Everyone has gone there with their eyes wide open, under no illusion that it will be a walk in the park; every fish will be hard earned? (So just how I like it!)

If I so desired, such is the anal amount of detail contained within my diaries, could calculate rod hours per fish (we've had just five carp thus far) or attempt to correlate the percentage of bites to carp, knowing that there are other species feeding on our bait, thus another area where my industrial statistical process control experience could provide added value? Fortunately, none of us care about the maths, we just want to go fishing, as a group - sharing whatever knowledge and experiences we are able to bring to the "melting-pot". To be perfectly honest, I don't think that any of us would like to reduce our fishing to an exact science - we do it because we enjoy our time at the water's edge. That element of luck is an integral part of the whole process - "the more I practice, the luckier I get!" (a quote from Gary Player) This manifests itself in the captures, we've enjoyed, over the past month, whatever the species? 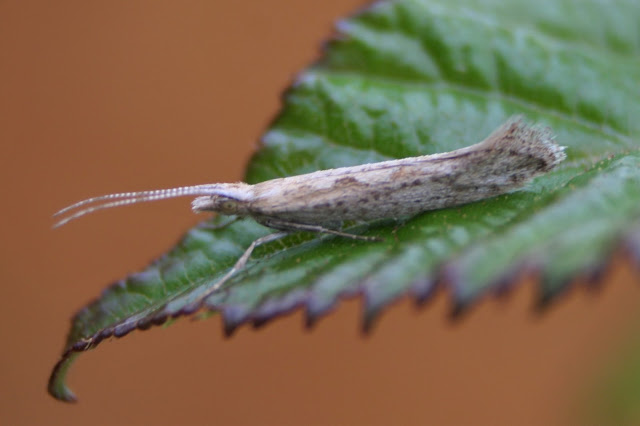 The rest of the gig is really screwed up! It's early June and,yet, the weather is more akin to November but we are witnessing the arrival of mind-blowing numbers of Diamond-back moths, many fellow bloggers also waxing lyrical on the wonder and scale of this phenomenon. It is so spectacular that I've had many conversations with the guys I work with - "What's going on - Moth?" They call me "Moth Man" for some strange reason.

What else has occurred to reinforce this crazy situation? Well there was a Lesser Whitethroat proclaiming its' presence on Tuesday morning, a Yellow Wagtail had decided to establish territory in the potato field on the same day as it was harvested and an adult Black-headed Gull flew over Vine Close, earlier today. Nothing adds up - 2016 has turned into a nightmare, weather-wise. It is grey, dull, cold and overcast, just the right conditions to provide the best June count of Common Swifts (NOT!) There were hundreds feeding around Newland's and I did my best to get an image - piss poor would be a compliment!