Of Izaak and new arrivals

For the first time since June 15th 1992, I was at the water's edge, awaiting the midnight hour to make that first cast of a new season. In these modern times, this ritual is little more than a symbolic gesture by us "traditionalists" - a fast diminishing breed of old timers! However, in time honoured style, I raised a glass at that magical hour, wished my brothers in arms "tight lines" and asked Izaak (Walton) for his blessing at the start of this new chapter to my adventure with rod and line.

I enjoyed the ritual, even if the reality wasn't quite as I'd hoped - Eels like curried chick peas, the slimy bastards! The enduring memory, of this session, was the incessant chuntering of a Sedge Warbler. All through the hours of darkness and on into daylight, this individual was constantly announcing his territorial rites - very nice, but it does start to irritate as sleep becomes a casualty of the encounter. I stayed until 06.00 hrs before admitting defeat and heading off homewards. There are plenty of chances for me to continue this project, happily the requirement to be present at mid-night is not a factor. I have three swims which, I feel, have the potential to deliver the result I'm seeking. If I keep the bait trickling in, then I should be in with a chance?

I got back home, well before the "bin men" had got the recycling stuff sorted out, so no point going to bed until that noisy activity had been completed. I went down to the aviary, to feed my Java Sparrows, and the two newly fledged juvvies were exploring their environment - time to grab the camera gear! 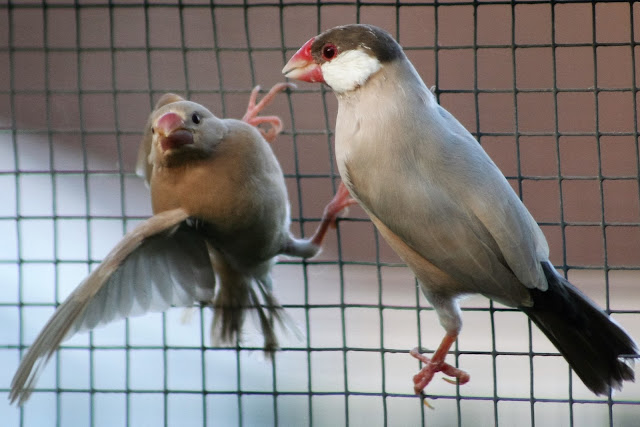 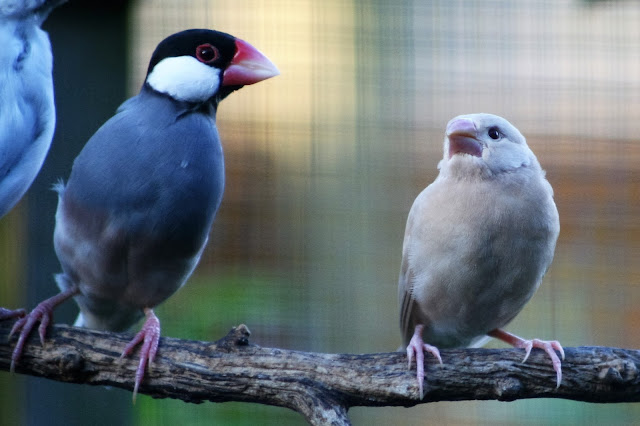