Newland's Farm is the central hub to a regular group of dog walkers, with whom, I share the footpaths and field margins of this space. Over the passed 15 years I have made acquaintance with many of these individuals and enjoy casual banter whenever our paths cross. We're not on first name terms, yet have the manners, and common courtesy, to exchange "hello", "Good Morning/Afternoon", or make an obvious statement about the weather - after all we are British!
The usual encounter will include the most frequently asked question whenever someone is carrying binoculars "Anything about?" After the excitement of the autumn period, of late, my general response has been rather negative, with an explanation of the impact that weather plays in avian movements. Birds are very much at a premium around the patch, at present. There are a few highlights, which are bucking the trend, and keep me going back for more. There is a Chiffchaff wintering in the rough ground between Ellington School and Burbridge's wood yard, two Rock Pipit and a Grey Wagtail around the Pyson's Road Industrial Estate (quite often in the Fuji factory compound). Walking home, at 22.00 hrs, after my shift, Tuesday (two) and Thursday (one) foxes were watched feeding on the grassy verges of the roads around the factory units - catching worms?
I suppose it is all about familiarity? To me, these type of experiences are, now, rather routine after a lifetime of "looking" yet to others they appear as wondrous gifts from the natural history gods. I'm not, in any way, belittling these encounters - they still make me very happy; I'd much rather be aware of these creatures, than not!


Benno and I had a morning session at Sandwich Coarse Fishery, today, the weather being almost textbook perfect for a spot of perch fishing. As is usual these days, he gave me a lesson in how to do it - I fished like a twat! I did manage to get a few fish on the Mk IV - bream, and little ones at that! Twice I hooked carp only to loose them in snags: lesson, don't use 3 lbs b.s. hook links! Rick, one of the Sandwich regulars, came round to pay homage to the "Dick Walker" - he's a very successful carp angler and of a similar mind-set to myself. We chatted about loads of stuff - he was present when I hooked, played and, eventually, lost the second carp. Tactfully beating a retreat when it came off - he didn't have to. I was perch fishing so, to my way of thinking, it wasn't too much of a big deal. I lost a carp that I wasn't after in the first place - my tackle being completely unsuited. It was probably just a scamp anyway, as we were fishing the match lake! 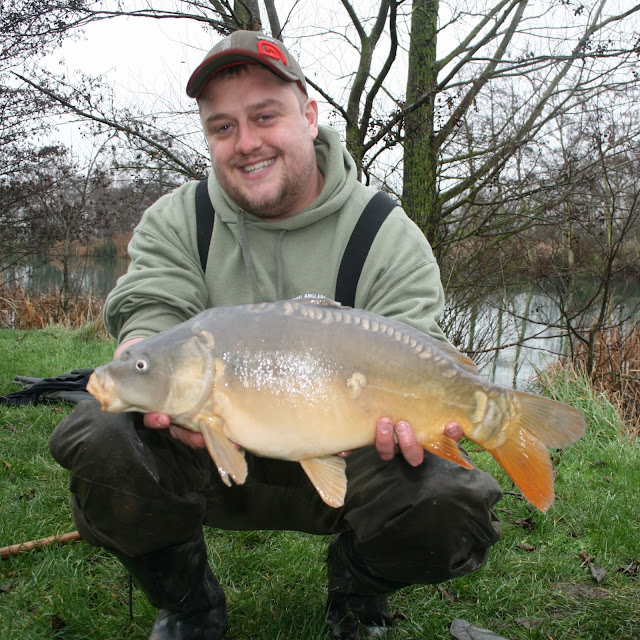 Not being satisfied with giving the old man a lesson in how to go perch fishing, Benno then went on to land a carp on his 10' Bruce & Walker Mk IV (glass fibre) and a Grice & Young centre-pin. Has he no shame? The difference being he was using 6 lbs b.s. mono straight through - none of that poncy lightweight stuff! A great morning, in good company - my time will come.