To celebrate the start of the 2015/16 pike season; I felt duty bound to offer a few thoughts on the species, despite the fact that I'll be targeting eels for the next month! My love affair with the Northern Pike (Esox lucius) goes right back to my early teens and the start of my specimen hunting journey. As it was May 2011 when I rediscovered the joy of  pike angling (after an 18 year sabbatical) I feel it best if I restrict my choices to this latter period. It is not a count down, in pounds and ounces, but a chronological account of the most significant captures made, during this time slot, by the anglers with whom I share my experiences and passion. As a rule, we avoid the local club waters and, instead, seek our challenges in the less fashionable venues of the drains of the East Kent marshes and The Royal Military Canal plus, our now annual pilgrimage to the majestic Kilchurn Bay at Loch Awe.
There are many more successful pike anglers than our motley crew and yet it doesn't cause us any problems. We are very fortunate, in as much, as we are able to enjoy each others successes without any jealousy and have no secrets about bait, methods or locations between us. Time spent together is time well spent, the banter relentless, the humour obvious, as is the desire to catch decent fish and yet it is not so important that we are unable to savour the other aspects of being outdoors. 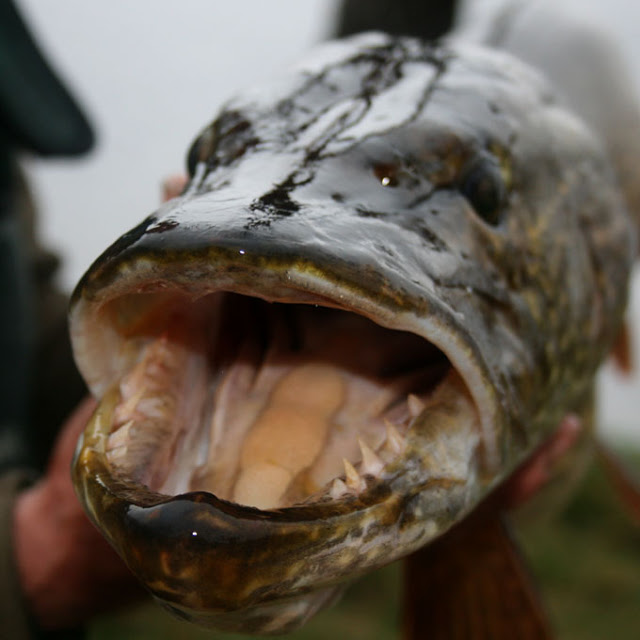 For me, pike fishing is all about wild places and wild fish. As impressive as the trout water fish are, they lack a certain something - in my opinion. For a wild pike to attain a weight in excess of twenty pounds requires a special set of circumstances, none less than avoiding the attentions of Eastern European night liners - fishing for the table, not sport. I have no qualms about walking that extra mile, pushing myself that little bit harder, if I feel I am doing so for a reason. Specimen pike are magnificent creatures and worth every ounce of effort involved when one finally appears in the folds of my landing net. I know that October is the start of the "traditional" pike season but, for me, pike angling is about frost and cat ice in the margins - roll on December!

Until then; enjoy the photos - any old excuse to use them! 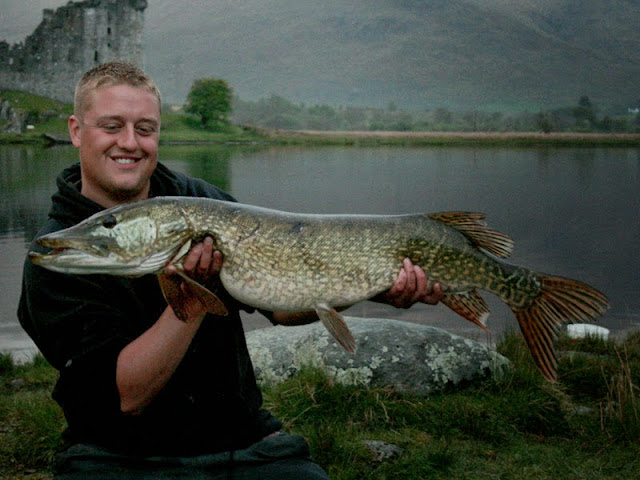 No. 9 - November 2011 - Gadget with one of the first English doubles I'd seen in nearly twenty years! 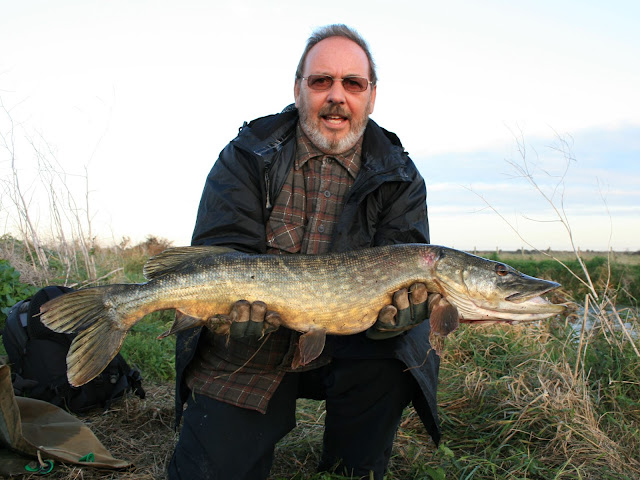 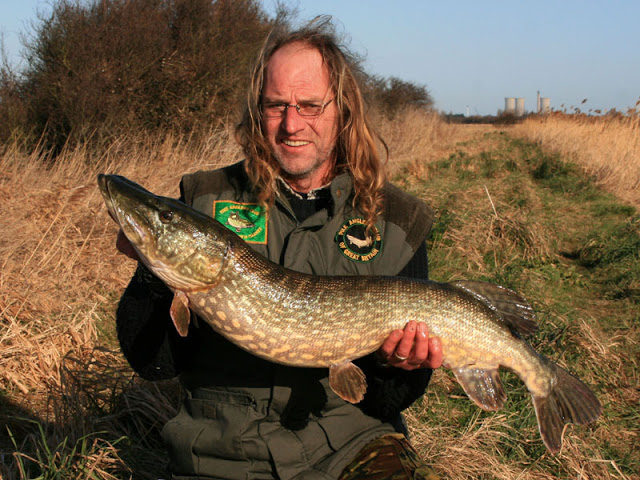 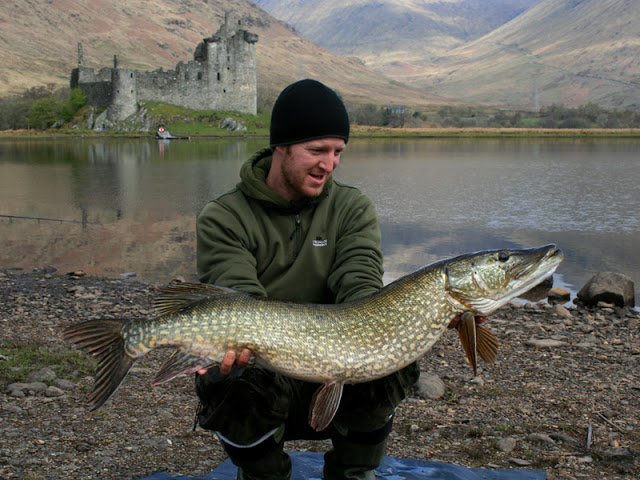 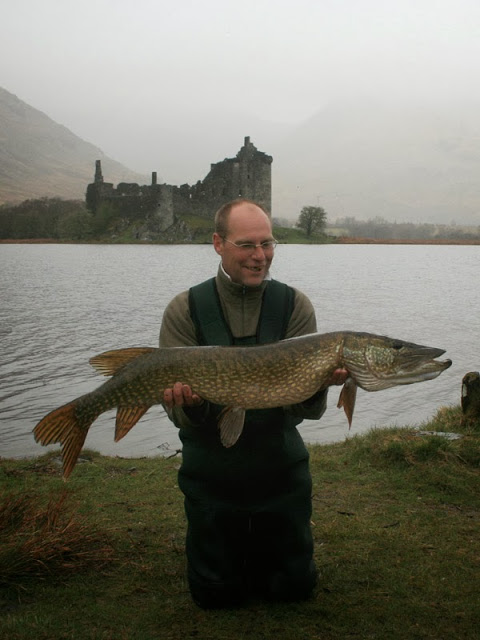 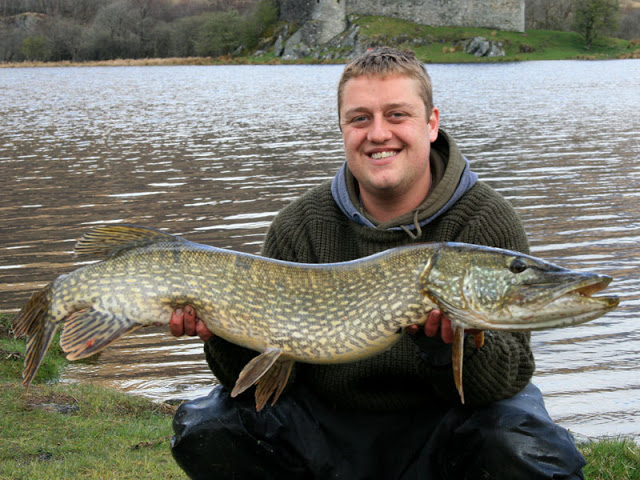 No. 4 - Feb 2014 - My first 20 since returning to the sport - a magical moment and a very special pike from the Royal Military Canal 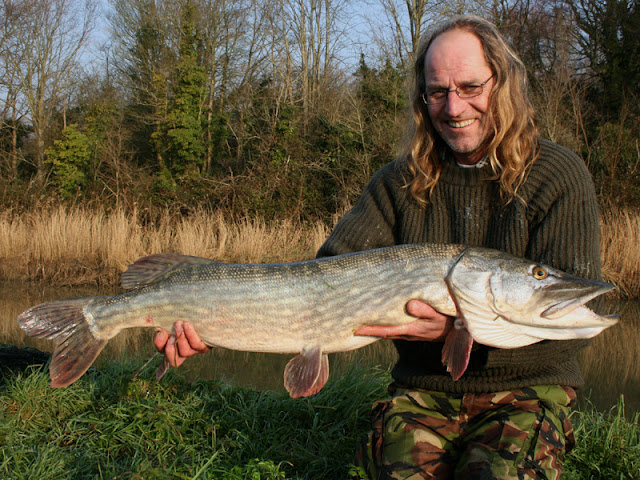 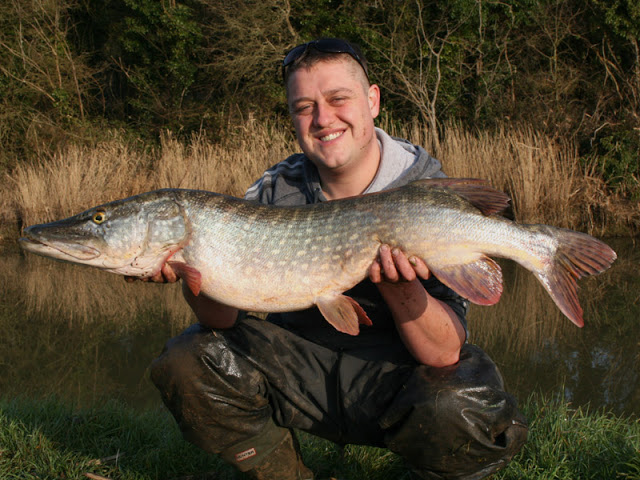 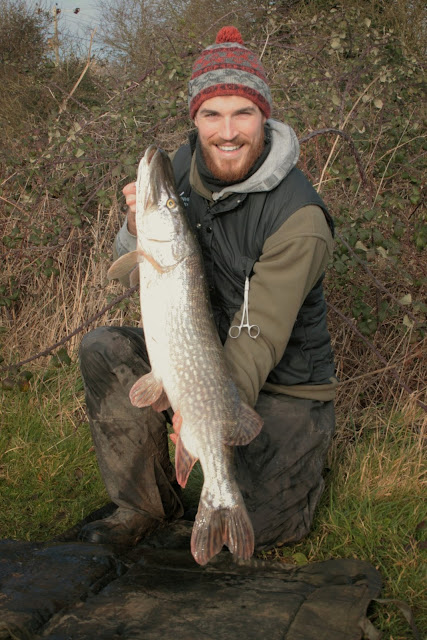 No. 1 - April 2015 - my first Scottish 20 - Thirty three years of waiting! This pike means more to me than a million words could describe - an absolute privilege to catch and a very emotional and humbling experience. Wouldn't say no to another! 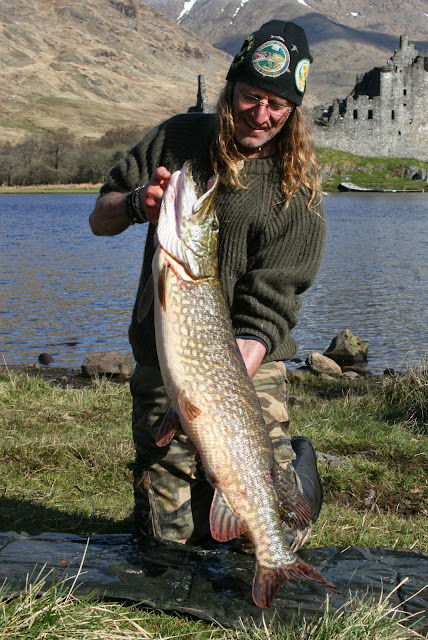