A Goldcrest was calling in the garden, first thing, although it quickly moved away - certainly before I could grab a photo! Still loads of Chiffchaffs around plus a couple of Blackcap. As I was stood outside the noisy protestations, of a gang of Rose-ringed Parakeets, alerted me to a Grey Heron, flying west. A Song Thrush was quickly followed by a Ring Ouzel, both headed north; it had to worth having a stroll around the farm? 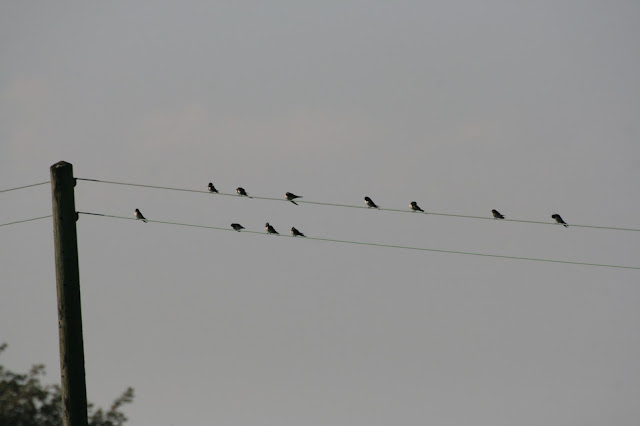 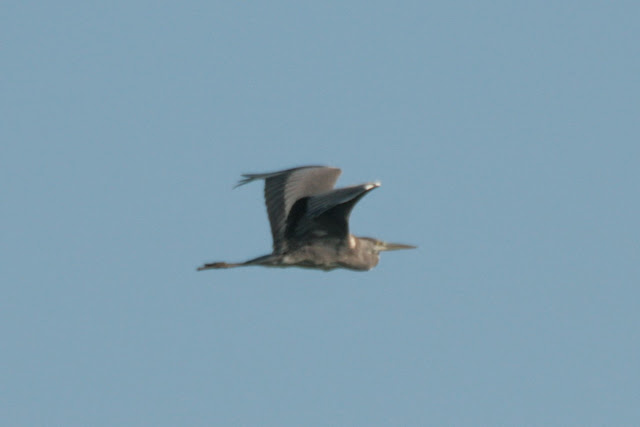 There was a steady movement of Swallows throughout the morning; it was still going on as I walked across to work at 12.30hrs. They were mostly young birds and quite a few were taking a breather on the wires above the cauli field beside the White House. Two more Grey Herons went east and there were good numbers of decked Meadow Pipits around the area. There has been a rather strange plumaged Carrion Crow feeding out on the fields and I walked across to see if I could get a photo. It was still present, although not particularly cooperative, and I managed to secure a few images which show the "pied" appearance of the individual. Through my bins it is really a very striking individual - it's feeding on the recently harrowed field opposite Fujifilm and can be easily seen from the footpath that runs from Pyson's Road towards Ellington Girls School. Two Pied Wagtails were out on the ploughed field, adjacent to the maize and another Goldcrest was in the hedge - it was becoming a very enjoyable session. 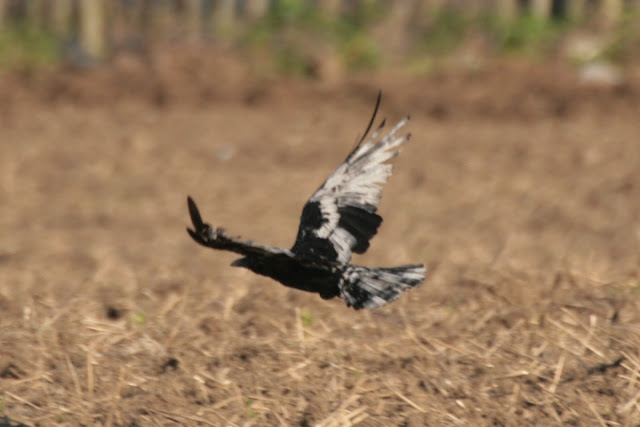 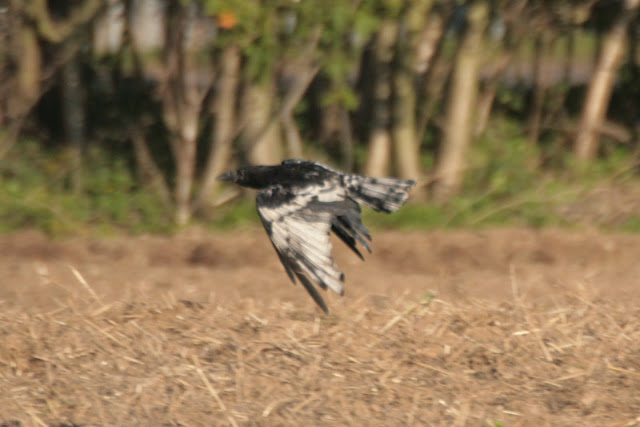 Back home, between 11.00 & 11.25 hrs I saw five Common Buzzards, four North, one South-west and a Goldfinch dropped in on the sunflower heart feeder. One of the buzzards was a particularly contrastingly well marked individual and had me thinking Rough-legged - until I looked at my photos. So certainly nothing outrageous, but a very pleasant morning out on the patch. 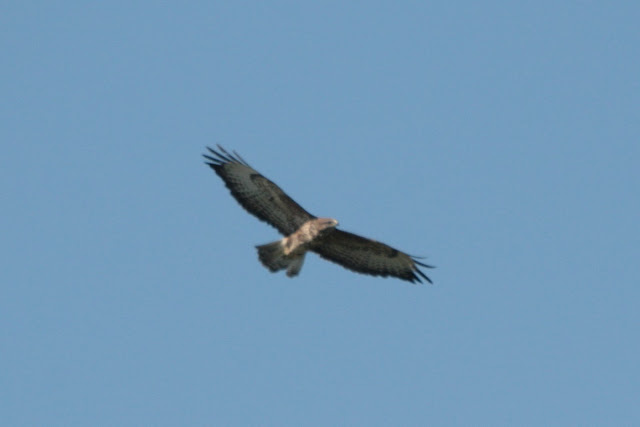 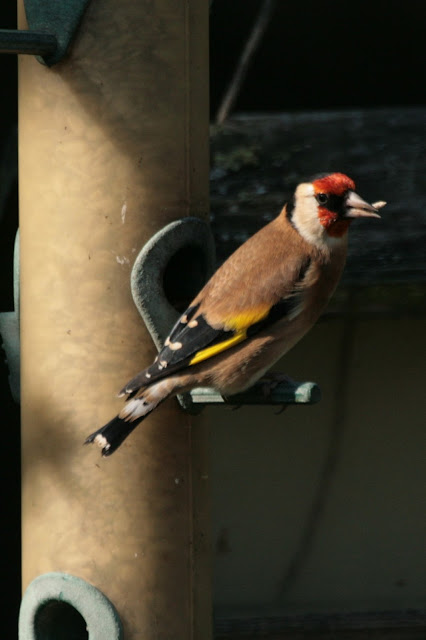