Living in a dream?

Benno, Luke and myself spent a very enjoyable morning on the RMC. Luke took the only fish (around 4 lbs and that's being very generous), I bumped an even smaller one, on 1/2 mackerel, and Benno had a total blank. Nice social and a few ideas in the mix for what to do next - it just ain't pike fishing weather yet. A few nice birds around the marsh included 3 Little Egret, 2 Grey Wagtail, 3 Kingfisher, 2 or 3 Chiffchaff, Goldcrest, 5 Yellowhammer, 1 Common Buzzard and an immaculate imm Peregrine. I'd also seen a Barn Owl, on a fence post beside Manston Airfield, as I drove down to our chosen spot, earlier in the morning.

Back home for mid-day, I was straight out into the garden to feed my birds. Almost immediately I was aware that the local corvids were hassling another Short-eared Owl high up above the maize stubble. I ran back to grab my camera and managed to secure some very poor record images of the bird before they forced it back south. There were one or two Redwing flying around and I watched a couple of Swallows zip by - it had to be worth a quick check around the farm?
I only walked the tracks around the caulis - I didn't manage to check the Scaffolder's yard, Ellington School, the paddocks or St. Luke's playing field, so there were many places where something interesting might still be lurking. Almost straight away I was confronted by a group of three Chiffchaffs, one a very "grey" individual - they flitted along the hedgerow in front of me and I flushed Redwing from the hawthorns and Song Thrushes from the caulis. A couple of Brambling were mixed in with Chaffinches and Reed Buntings feeding on the tracks and a few Meadow Pipits were "tseeping" overhead as they moved steadily north. I managed to get a shot of a Redwing and thought that I ought to try to get a decent image of a Reed Bunt - easier said than done! There is an area where the caulis have already been harvested, so I can get out into the "big field" in an attempt to get a little closer to these skittish little birds. I'd not gone 20m  into the field when I flushed another Short-eared Owl from off the deck. I clicked away merrily, as the bird headed off to the north, only to see it pushed back by the attentions of the local gulls, thus it ended up circling directly above my head in wonderful sunshine - fill your boots time! 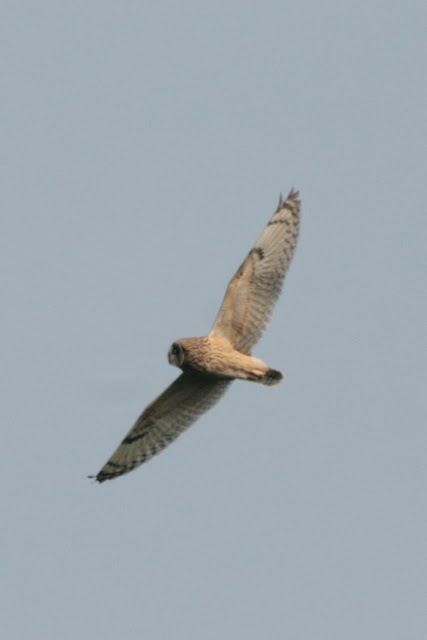 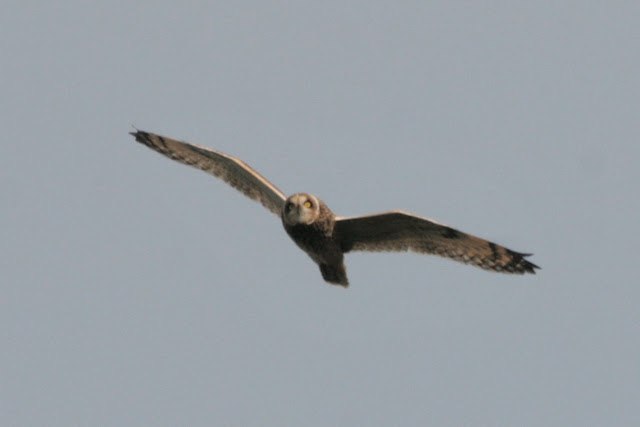 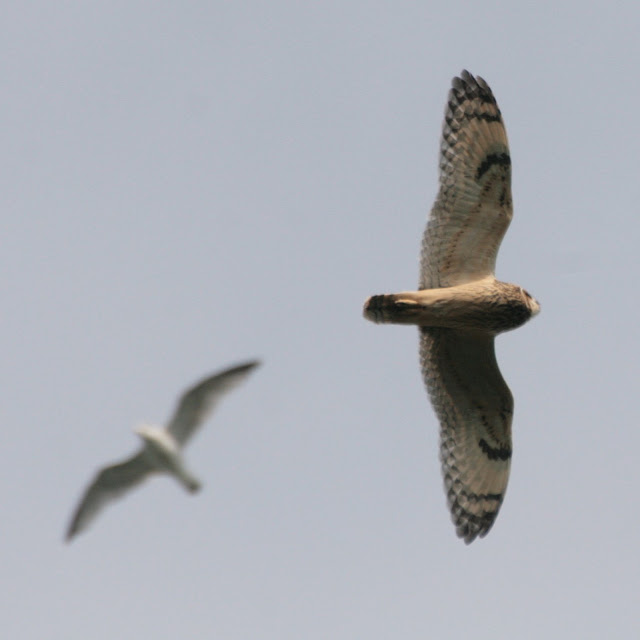 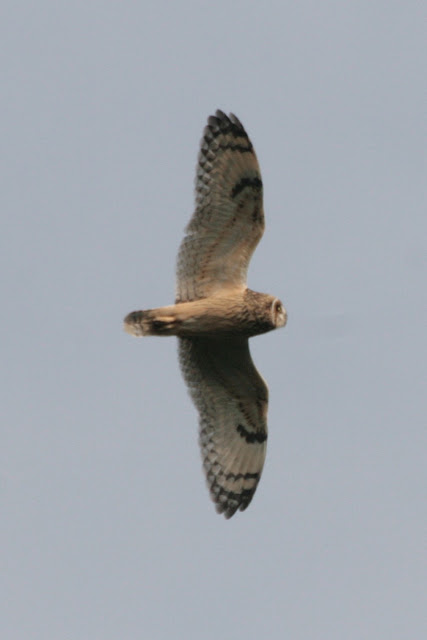 For the next forty-five minutes, I was able to watch as this bird was harassed, as it attempted to move off before, in the end, it decided to spent a period hunting over the fields before it dropped back down into the cauli stubble. Four Short-eared Owls in a week? How many have passed over, un-noticed? 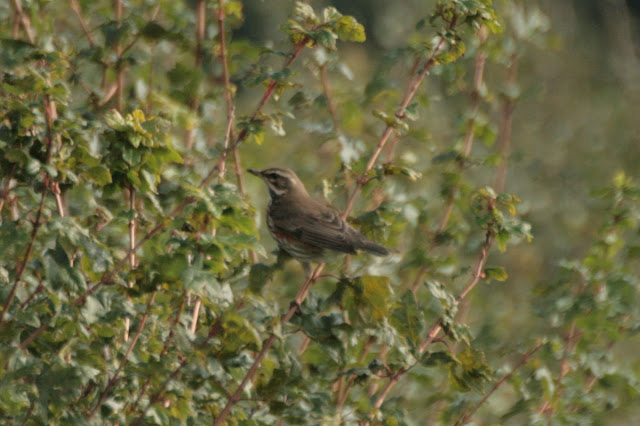