An early shift, on Monday, is never a situation that I look forward to; especially late on a Sunday evening! Somehow, both yesterday and this morning were different and I walked across Newland's, to work, in good spirits - on Monday there was a Mallard somewhere out in the darkness (it just adds to this crazy autumn) quacking loudly as it passed overhead; so close that I could hear the wind in its' wings! The events of the past week have elevated birding back into some type of relevance - I'm one lucky guy to have experienced such awesome spectacle, over such an extended period, so close to my home.
Question - "Has the pendulum started to swing back towards birding?"  I've given this quite a bit of thought and my answer would have to be "No!" I am enjoying my birding, at present, in much the same way as I became totally immersed in the euphoria surrounding the capture of six wild carp from the East Kent marshes. Phases of focussed effort; not OCD delirium - as in my lunatic past - by which I am attempting to gain the maximum pleasure from any given situation.
How lucky am I to have so many interests that slot together, so neatly, and allow me the freedom to do what I like at any given time of the year? Pike fishing is my Winter pursuit - not up for debate, but I can quite easily adjust my scope to encompass a bit of Perch fishing if the conditions dictate. I've not made any serious effort to increase my tally of Barbel from The Stour, not that it matters. I know that my heart isn't in this Eel nonsense, although I'm going back on Thursday evening. The mothing has been rather good, yet never spectacular (three Red-necked Footman excepted?) but I have to admit that it has been a great bonus in a year of rediscovery. So birds it is, at present, and how they have performed for me during these passed few days.
It will only take one bite, from a decent Eel and my focus will be redirected to another phase of concentrated effort, in a completely different arena. I noticed that I lost a "follower" a couple of days ago - I don't know who, or why. My instinct would be an angler - fed up with my latest offerings. I'm obviously disappointed, but it is not compulsory for people to read this drivel - my blog description should be enough - "Musings of an ageing hippie - with attitude" I blog about whatever is central to my being at the moment I write it.
I consider myself extremely fortunate not to inhabit the "twee" world of RSPB Garden Watchers (not that I have any objection to those individuals who are able to find enjoyment from this type of appreciation of our wild birds) - and I'm even more grateful that I've come out of the other side of both, single-minded speccy hunting and full-on twitching, to discover a world of wonderment and fulfilment that encapsulates all involved in simply getting old!
The sun was shining brightly as I made my way  home, today, so, after I'd cleaned out the aviary, I took a wander across to the cauli fields. I have to make a confession - I was only out there because there had been a Great Grey Shrike reported from Broadstairs and I would love to have another record for Newland's. As it turned out, I had a right result, despite very few birds being present. I recorded a handful of Redwing and Song Thrush - moving in all directions. A quick pulse of Swallows numbered less than twenty individuals while there were plenty of Reed Buntings around the caulis and a lone Brambling flushed from the Vine Close hedge. Good numbers of decked Meadow Pipits saw me walking out into the big field, hoping for a photo opportunity, didn't happen as I flushed, yet another, Short-eared Owl. I've checked the photos and it would seem to be a different bird to the one present on Sunday - the carpal markings and an isolated black dot aiding this conclusion in much the same way as the markings on the flanks of a pike are their "fingerprints" 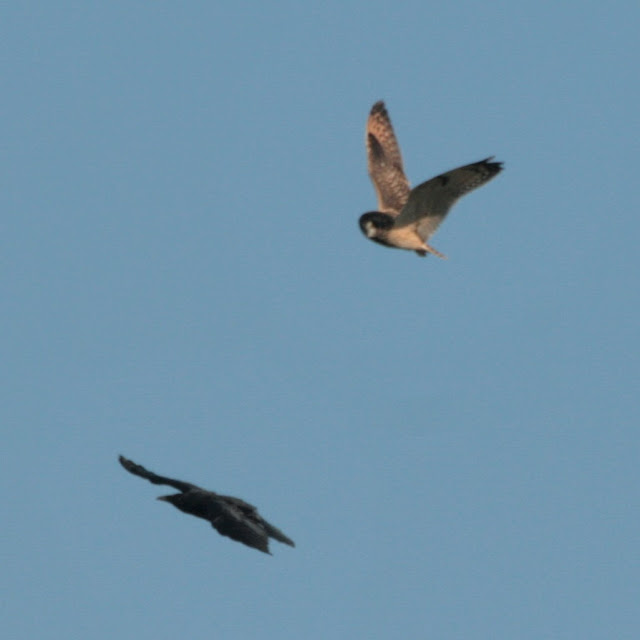 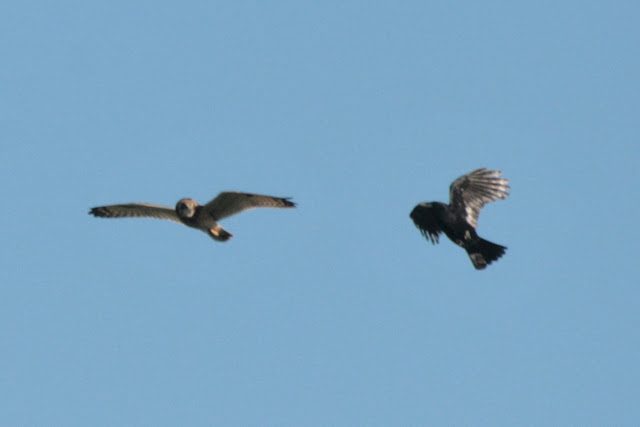 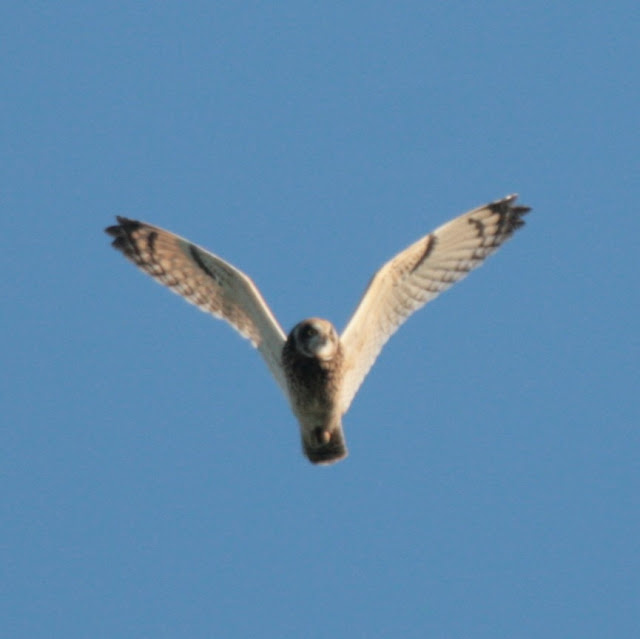 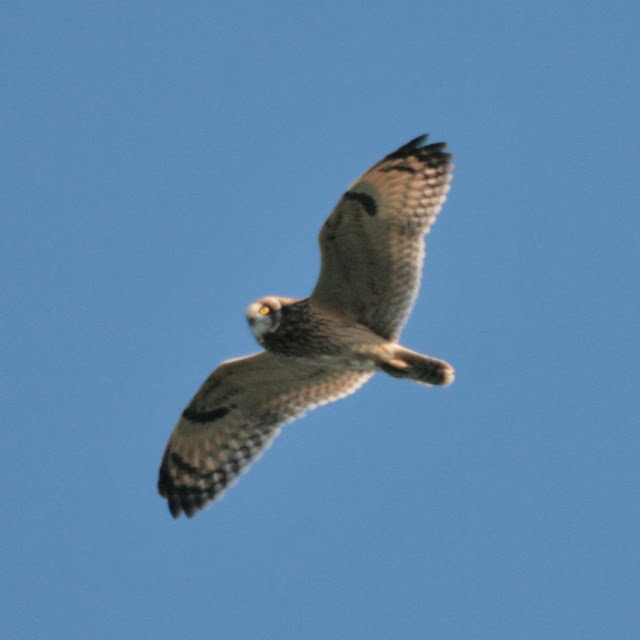 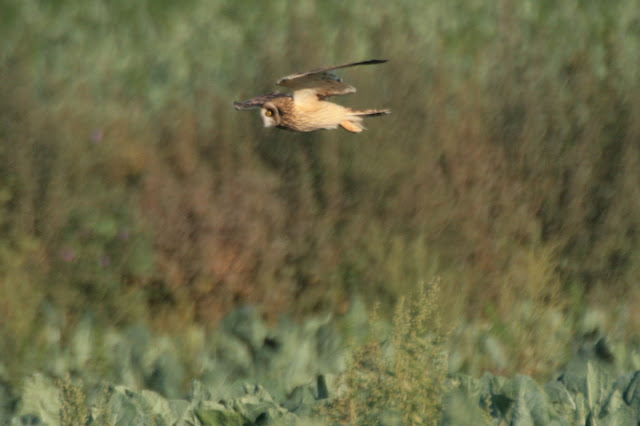 My post title is something that I wrote yesterday, with quite a different slant involved. However, it does seem to fit the bill - so it remains the same.
Posted by Dylan Wrathall at 18:38