I can't image anyone possibly expecting a recollection based around my youth-club years and this classic track by Diana Ross. So; if some poor soul has been directed, by Google, to this blog - I can only apologise and state that it isn't my desire to steal Ms. Ross's thunder by choosing this title. It simply sums up, perfectly, what's happening in my little world - aka Newland's Farm and West Dumpton. Still no Wheatear sighting, despite quite intensive searches, so I decided to try my luck at North Foreland after my shift ended today.
I really should know better - not a sniff.
I did discover a nice group of male Hairy-footed Flower Bees nectaring on Red Dead Nettle (or something very similar?) along the coastal path and there were decent numbers of Linnet and Pied Wagtails in the area around the lighthouse. A couple of Rock Pipits were foraging amidst the cauliflower stubble and, although not candidates for "littoralis" they did have very prominent, pale, supercilliums, so definitely not local breeding birds?

I was fortunate to watch a female Peregrine, with prey, fly past my cliff-top position and, with the aid of my binoculars watch it land on an outcrop along the chalk cliff. My images were nothing more than a token gesture - but pleasing none the less; it being my first Peregrine sighting of 2014! 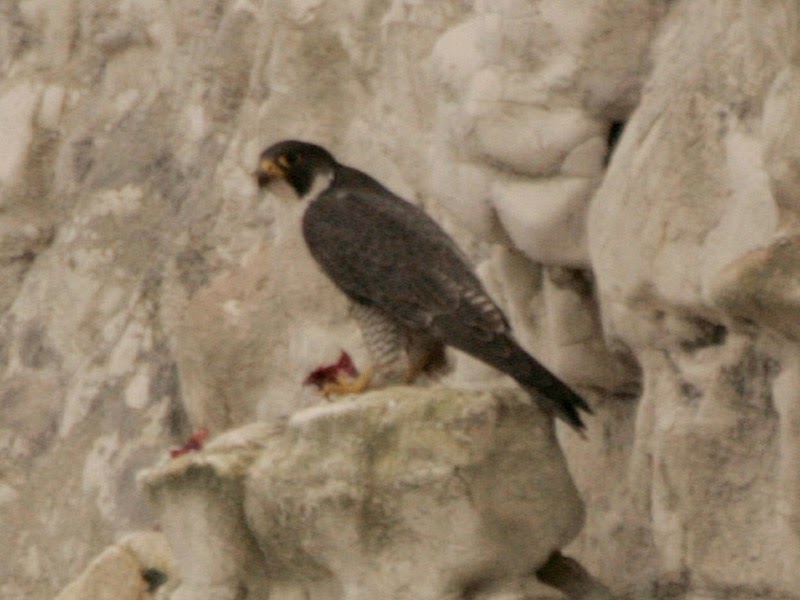