It was in May, of 2010, that Bev and I first travelled to Turkey. Before that date the furthest east I'd been was to Pefkohori;  in NE Greece. I'd always had reservations about Turkey due to reading trip reports, by other birders, who'd experienced less than a favourable reception. Constant hassle and even violence, on occasion, didn't bode well for a lone stranger set to wander the countryside equipped with  binoculars and camera gear worth more than half a year's wages to some of the locals. Well, after three visits to Icmeler, I can confidently report that this area of Turkey is 100% birder friendly and a very safe place to explore alone.
Icmeler is just to the south of Marmaris (the two holiday centres being linked by a coastal path - the walk taking around an hour; depending on fitness and/or other distractions - of which there are many!)
The terrain is unlike any I've ever previously experienced. I thought Corfu to be "hilly" - the steep gradients causing muscle fatigue that I'd not felt since my footballing days of the early 1970's! This area of Turkey is a superb mix of coastal plain and steep-sided, coniferous covered, hills (they aren't grandiose enough to warrant "mountain" status, although for a guy from Kent they certainly felt like mountains when I was walking them!) The natural history that this region boasts is, to me, mind blowing. Not so far beyond my knowledge base that I'm completely bamboozled; no, the species are familiar enough to remain comfortable, yet exotic - if that makes any sense?
So to my favourite walk. I'm sure that if Icmeler was my home then this route would soon become routine and, therefore, all I found enjoyable would soon wear thin. But it isn't and it hasn't! The walk is from Icmeler to Asparan, via "Market Mountain" (so called because the access is directly besides the market-place). As with all walking on these hills, the fire breaks are the safest way to get around. I quickly discovered, to my cost, attempting to go "off-piste" in this harsh environment will result in pain - my camera still bears the scars; although my bruises have long since healed.

The steep incline, that leads out of Icmeler has little to recommend it, except that when you make your way back, you finish with a down-hill section. The track is steep and rutted, at several points there are clusters of beehives (nothing to be worried about. The Pine Honey Bees are not aggressive and this local industry is widespread throughout the region) the low level woodland being home to Kruper's Nuthatch and Rock Partridge, amongst other more familiar species. The local races of Jay (atricapilus) and Long-tailed Tit  (tephronotus) are worthy of  a prolonged view whenever the occasion arises - they really are very different to our UK populations. I have spent a total of six weeks (three fortnights - one in May, one in September and one in October) in Icmeler and have probably walked this route around twenty times, often in the company of Robert Chaffe (an ex-pat who now lives in Icmeler, although he hails from Plymouth!).
My memories of the time spent here are as happy as they are varied. The heady aroma of the pine clad hillsides, the Spring air filled with bird song, my first Cretzschmar's Bunting and Ruppel's Warbler being discovered within a couple of days of my arrival on that first trip; hardly surprising that I fell in love with the place?
My Autumn trips have been equally eventful, I have watched huge flocks of un-identifiable passerines passing high overhead, Steppe, Long-legged and Honey Buzzards soaring above the wooded hillsides, discovered Masked, Woodchat and Red-backed Shrikes around the agricultural areas of the valley floor. Seen Syrian and Middle-spotted Woodpeckers and photographed over 100 species of insects and still feel that I was only scratching the surface.

The river valley around the village of Asparan has been a particularly productive area. Crested Larks abound, there are Little Owls (race noctua) to be found around the outbuilding of the various small holdings. The mixed races of the Yellow Wagtail complex are awaiting anyone who fancies a challenge whilst butterflies might allow a chance to grab back a few species that we've lost from the UK - Bath White and Black-veined White mix with Dappled White, Mallow and Pygmy Skipper, Southern White Admiral, Clouded Yellow - in several guises and the magnificent Swallowtail. I have also recorded African Ringlet, on two occasions, right next to the market place at the very start of this walk. Ant-lions, Spoon-tailed Lacewings and Eastern Willow Spreadwing are also found in this region with a vast variety of grasshoppers, bush-crickets and locusts.
And if that's not enough, there are Persian Squirrels and Porcupines around the wooded areas, terrapins, frogs and toads along the river (when it runs) and I have encountered two species of snake and a very impressive scorpion. Chuck in praying mantis, flocks of Spanish Sparrow, Black-eared Wheatear, Goshawk, swirling throngs of Alpine Swifts and European Bee-eaters and I'm very close to heaven. You won't see this on any guided trip to Turkey, but anyone holidaying with their family could well find themselves in a very similar situation and be amazed what can be discovered by simply wandering around the adjacent countryside. Turkey was a revelation, particularly given my preconceived ideas based upon my internet research. Wonderfully friendly locals, one guy came across to see what I was up to. He couldn't speak English and my Turkish is no better. With hand gestures and laughter, we managed to get our messages across - he be delighted that I found enjoyment in the wildlife of his village, although he was amazed that anyone would travel from the UK just to look at birds! Magic memories from a very special place. 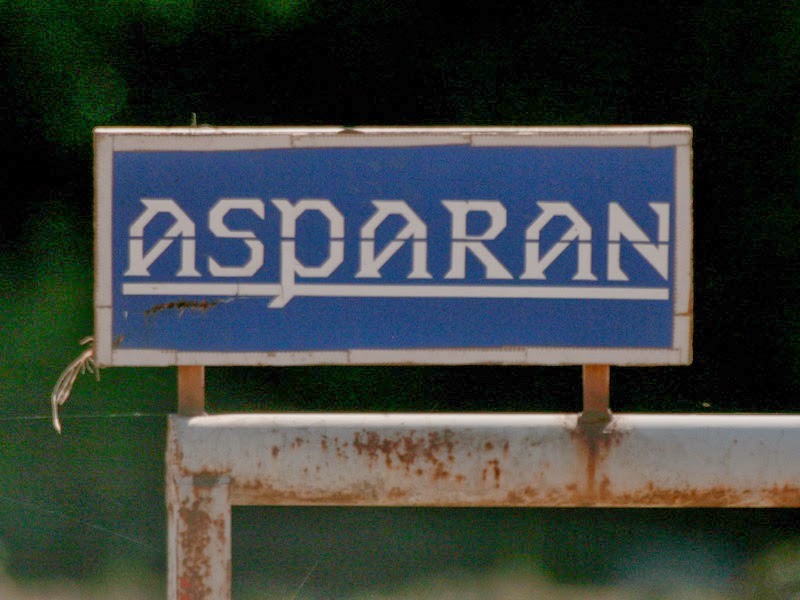