A mid-morning stroll around my patch was rather enjoyable. In spite of a buffeting westerly it was pleasant enough in the sheltered lea of the hedgerows and, with long periods of sunshine, insect activity was very pronounced. 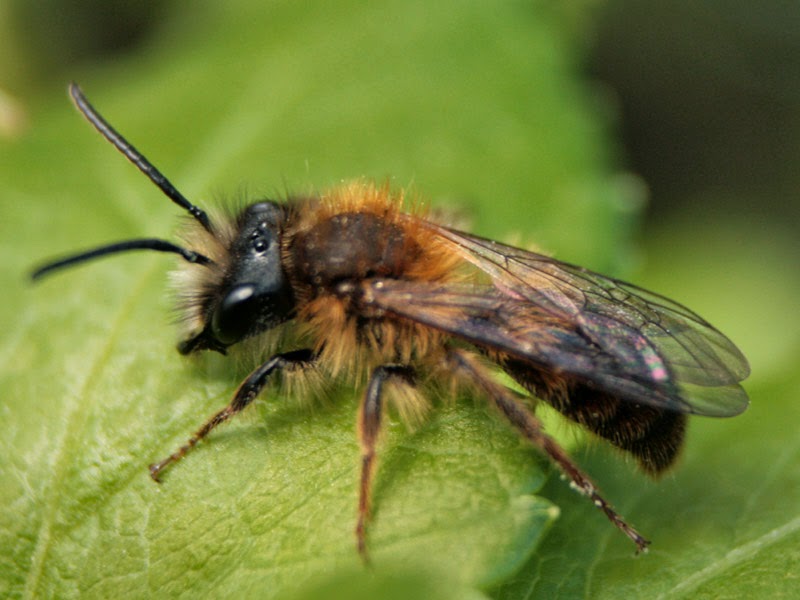 My main interest was focused on the newly emerged Andrena bee species, at least three being seen during the morning. Tawny Mining Bee is a superb little creature and always a sure sign that Spring is well on its' way. The other "Early" mining bees are a little less straight forward, there being a few very similar species. I'm fairly confident that I've id'd A. haemorrhoa correctly, but the others have just been seen and noted as Andrena sp. They are a bugger to photograph, being extremely flighty and constantly moving around the newly opened umbellifers (Alexander ?). I also noted my first two Harlequin Ladybirds of 2014 along with several examples of their Seven Spotted cousins. 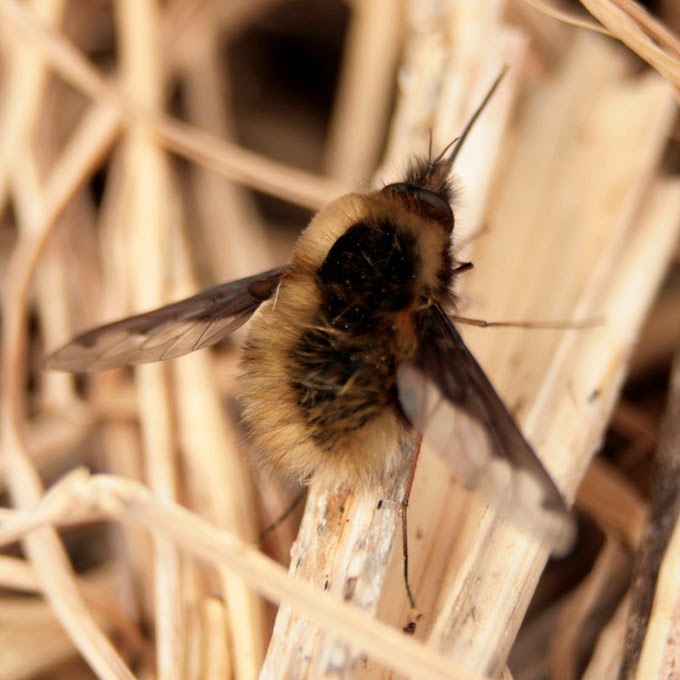 A couple of Dark-edged Bee-flies were a nice distraction, as was the first singing Chiffchaff, in the hedge at the end of Vine Close. However, the most striking insect that I recorded today was that beautifully marked ichneumon wasp - Amblyteles armatorius Not rare, or even scarce, but a wonderful creature to behold. I didn't manage to get any images of this particular individual - not that it is a problem, I was just happy to spend a few moments watching it skimming around the low vegetation in a sunny glade behind the concrete reservoir. A Dock-leaf Bug plus Red and Buff-tailed Bumblebees made it into the notebook with good numbers of Small Tortoiseshell butterflies also present. Still no sign of the raptor movements that have been witnessed in other parts of Kent, I've only recorded a single Common Buzzard thus far. Plenty of time yet?