My walk home, this afternoon, was delayed by some half an hour as I had a meeting to attend. It was, therefore, 14.35 hrs, in glorious sunshine, that I made my way across the footpaths of Newland's Farm towards Vine Close. I had seen three butterflies whilst I had been at work, their id not certain - yet I suspected Small Tortoiseshell to be the most likely candidate. I checked the "Old Rose Garden"; no sign of the female Stonechat but, was pleasantly surprised to discover, two "Small Torts" along the field edge which was in the direct sunlight. 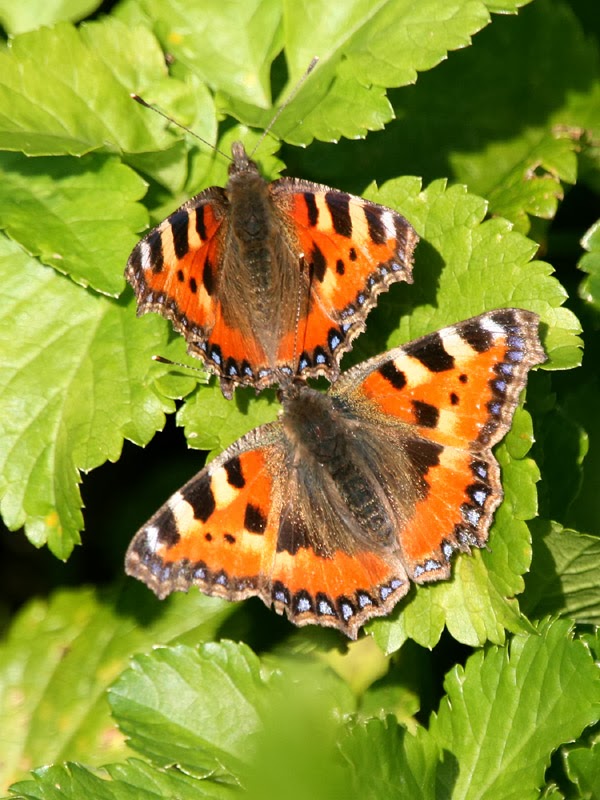 I walked the track, where I had found the shrike (last autumn) and was absolutely astounded to discover another 18 Small Tortoiseshells along my route. I even watched a group of four spiral up into the air in some type of pairing ritual. I quickly got home and grabbed my camera before returning. I managed to get a number of images, many of males in close company of females, and further exploration of the area revealed there to be at least 27 individuals present - encouraging signs indeed! 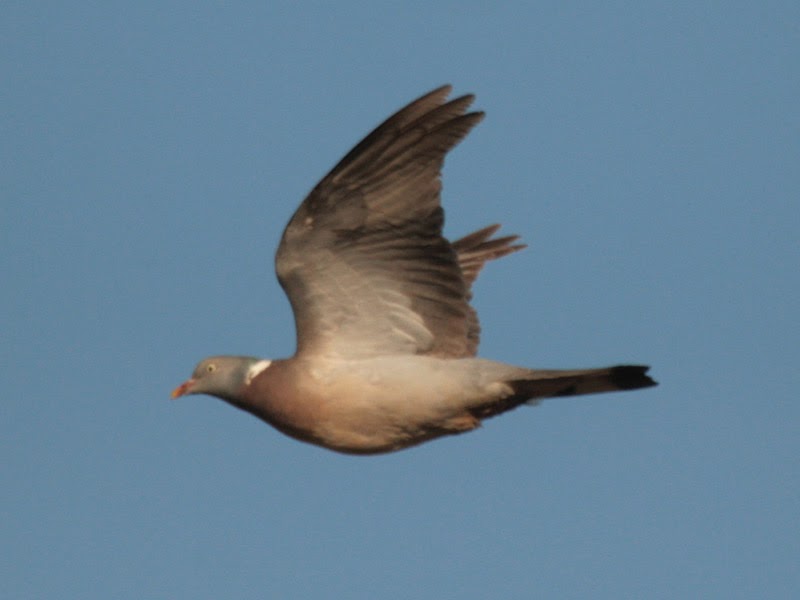 Wood Pigeons were streaming into the cauliflower field, many of the plants past their best and un-harvested due to the abysmal weather; the field was too wet to get a tractor out there! However, the sight of several hundreds of these birds is quite an impressive spectacle when they were flushed by the occasional dog-walker or bunch of kids on their way home from school. It was also nice to see four Stock Doves feeding out on the stubble, although they were far to skittish for me to get an image. The other notable sighting was a decent gathering of Black-headed Gulls, which were patrolling the recently turned soil from a trackside drainage channel. Linnets remained conspicuous, but there was very little else of avian note! 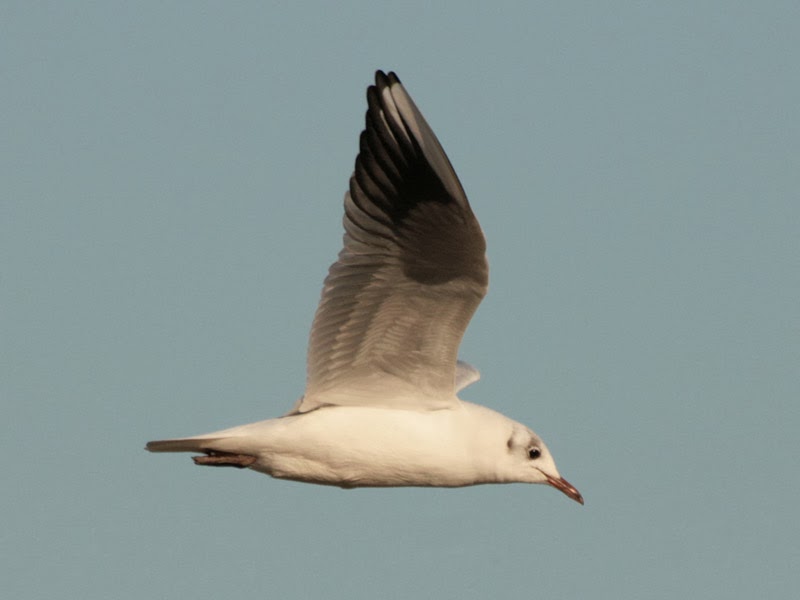