I have to admit that I expected more, the weather looked good for a raptor, or two, and I dutifully manned my post for the morning; camera and assorted lenses to hand. My optimism was misplaced, a Kestrel apart, birds of prey had not read the script. The gulls remained untroubled as the sun blazed down from a cloudless sky - it was a joy to be outside. 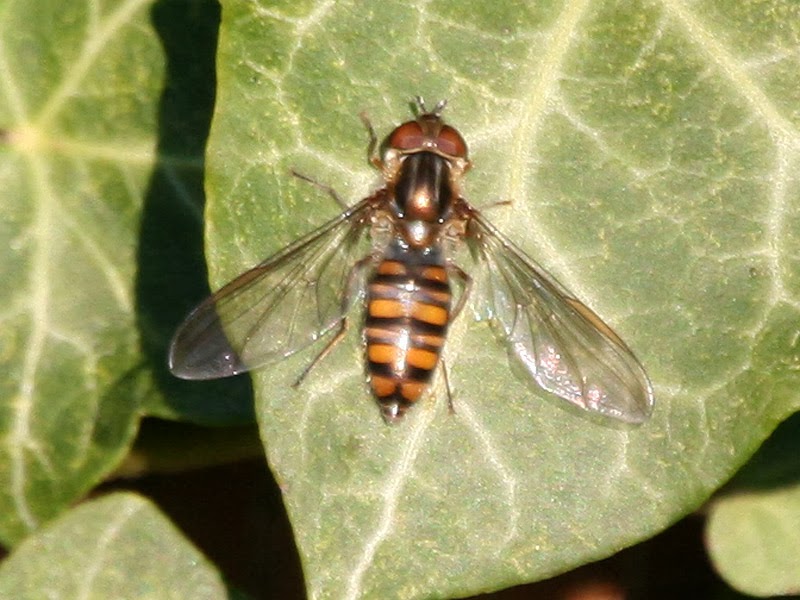 The garden was still a good place to be as the invertebrate hoards slowly start to emerge. Buff-tailed Bumble-bees have been seen regularly for more than three weeks and spiders are now also becoming more obvious. A small Hover fly, which I thought was a "Marmalade Fly ", but now am not so sure, was present on the ivy that grows up our decking railings as was a Green Shield Bug. A pleasant enough distraction whilst I await the arrival of the raptors. 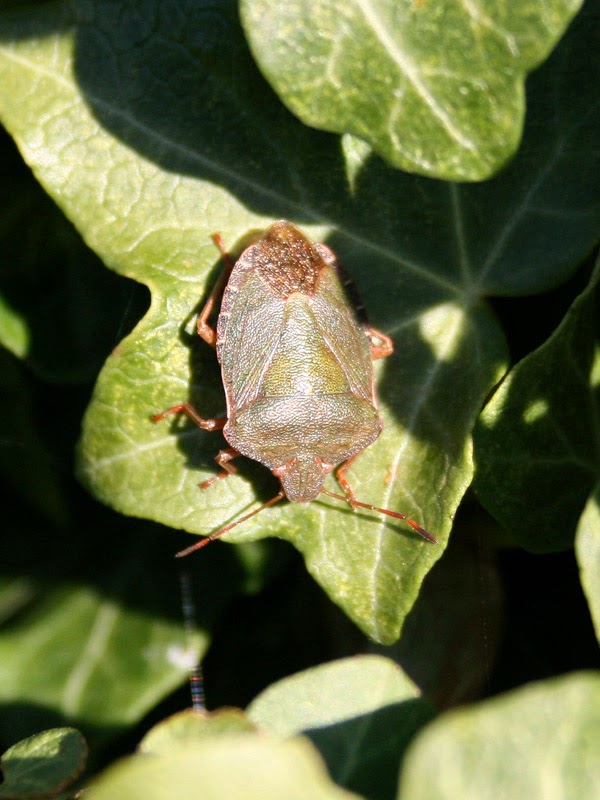