We've got Emily and Harry over the weekend, so my activities are rather restricted by the requirements of the kids. Looking out of the kitchen door, whilst making the early morning tea, I saw a 1st year male Sparrowhawk perched on the flight of my aviary. The Java Sparrows don't like this attention, en mass they dive for cover inside the shed, but my male Canary treats such visits as an invitation to torment (if only birds were capable of human emotions?) and flaunts its' invincibility by flying around inside the flight causing the hawk to perform all sorts of attack attempts, the wire mesh providing the impenetrable barrier which thwarts all efforts. The mesh is 1/4 inch square welded, there being no chance of one of my captive birds being grabbed by the extended talons of this opportunist individual - they don't fit through the gap.

Any sighting of a Sparrowhawk should be treated as a treasured encounter - even if it is sitting on the top of my aviary! These urban accipiters are superbly adept in their role of garden plunderer. That there alternate opinions on this subject is only to be expected.; a predator will be seen as the "bad guy" by anyone who is of a mind to use a human perspective in relation to predator/prey encounters. Just look at the situation within the game shooting fraternity - Common Buzzards are public enemy No. 1, the guys that race pigeons are firmly convinced that Peregrine Falcons are a major problem, If you are involved in the Red Grouse industry (and that is exactly what it is!) Hen Harriers are a genuine problem, because they require the same habitat and eat grouse. Eagles and Red Kites continue to fall foul of illegal poisoning incidents - I am in utter shock at the news that the first Irish bred White-tailed Eagle has been found dead (as a result of shot-gun wounds) in the year 2014. Is there any chance that the human population of the UK will ever sing from the same hymn sheet; in respect of our native raptors?  No I don't think so either - but at least there are laws, however difficult to enforce, in place to protect these species - unlike the legal protection offered to our (rare) invertebrates.(Even in 2014 we don't know that they're rare until their dead - fact! Such is the legacy of our Victorian forebears - the requirement of a token specimen remains the norm in the age of mitochondrial DNA analysis and electron microscopic imagery) This will improve but, at present, we remain firmly entrenched in an era when collecting was the only way by which humanity could catalogue our fellow creatures. 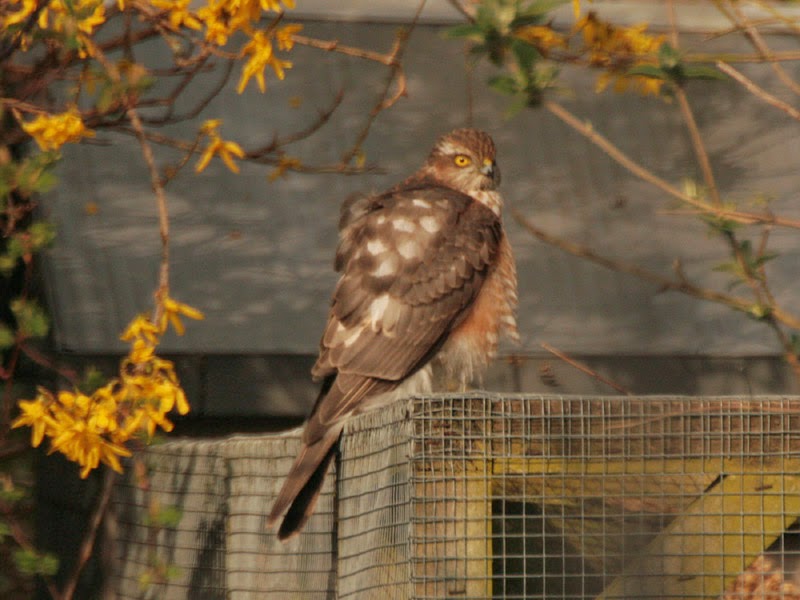 Emily and I drove across to Ash, this morning, where, after a couple of hours in the playground, we went around to visit my Dad. A Brimstone, in his back garden, was my first of 2014, where there were also several Peacocks and a Dotted Bee-fly recorded.
Any subject involving mankinds' relationship with the natural world is bound to be emotive - there being as many different angles as participants in the debate. There will never be a consensus, yet I feel sure that there is an awful lot of common ground that can be covered before total impasse is reached?
Posted by Dylan Wrathall at 18:16