I'm unsure of when, or where, this event took place but I recall a quote, attributed to Fred J Taylor, when, in a conversation with Dick Walker, he said "I'll be glad when I've had enough of this!"
I have just got back home after my final barbel session on the R. Stour for the 2013/14 season - those words were never more appropriate? 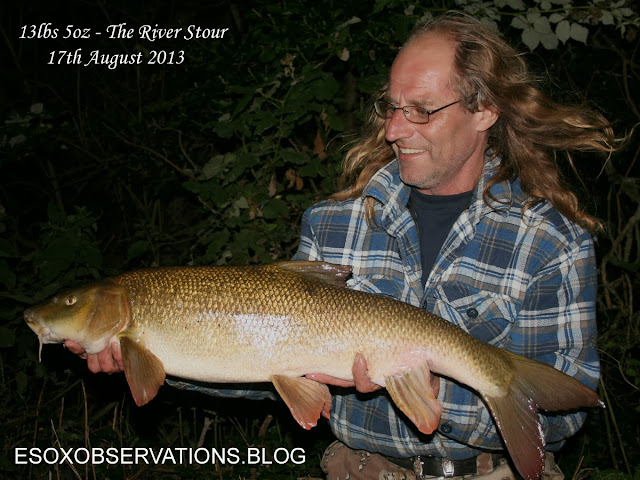 Benno and I have achieved a level of success which we'd have taken at the start of the campaign. Ben is happy with his efforts - I'm less satisfied, despite the capture of three fish which have blown away my previous PB. Ever since "big fish" became a focus, for my attention, I have striven to get an understanding of behaviour of the species that I target, their quirks and the finer points of bait presentation which will increase the chances of success. My quest for pike, since I got back from my birding sabbatical, has been a journey of rediscovery, but I am happy that my successes have been the result of educated guesses and the ability to "read" a water. When I was tench fishing at Wilstone (1982 - 1992) I could "smell" the presence of my quarry - such was my understanding of the habits of the species within that particular reservoir. The Wels Catfish of Tiddenfoot, and to a lesser extent Claydon - Middle Lake, were caught because their behaviour was understood and, as such, my angling could be focused on concentrating my effort when conditions were favourable. 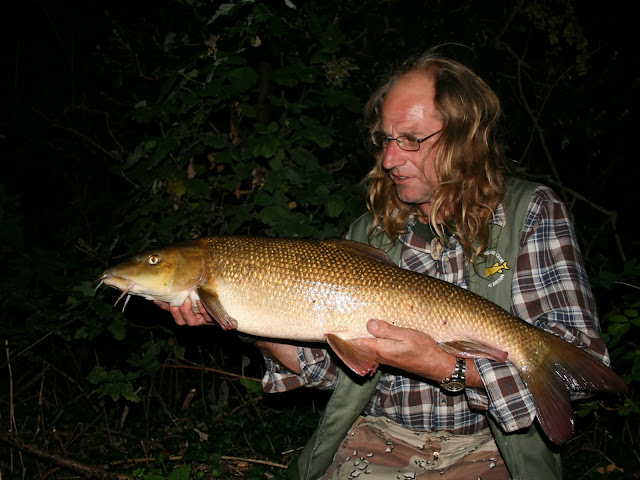 Then I find myself confronted by the challenge of the barbel of the Kentish R. Stour! Nothing, I have previously experienced, could have prepared me for this. It is not about my ability to use my tackle - how to cast, or where to present a bait - how to tie a specific rig; oh no, the lessons were far more basic than that. Where are they!!!????  I found myself at a loss (with the exception of one swim) as to where these fish would be, and why. Bait and presentation is a pointless exercise if you have no idea where the fish are - that's my barbel season, in a nutshell. I have failed to get to grips with location - my two 13lbs+ fish being the result of intercepting nomadic individuals as they paused on their travels between holding areas. 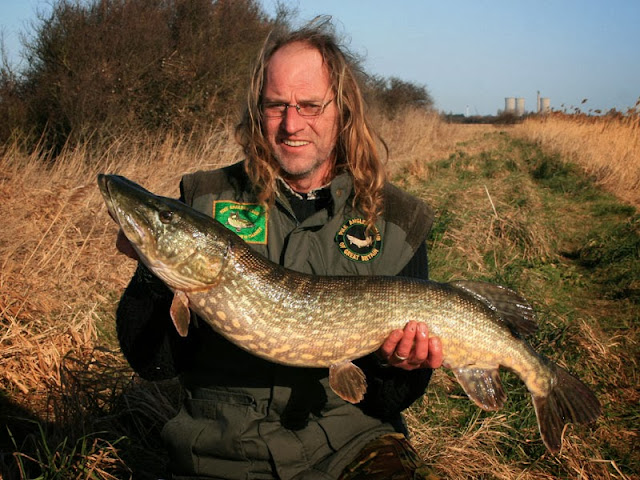 I am looking forward to the winter pike fishing and my quest for a "centre-pin" PB pike. The RMC is a 27 mile long pike swim - will my water craft be enough to discover the location of my quarry? Of one thing I'm sure - I won't catch it because I've accidentally dropped in on it; my insight into pike angling should allow me to take some pleasure from  any success - I was in the right place because I felt it would be productive, thus the complete opposite of my R. Stour barbel exploits.
Posted by Dylan Wrathall at 21:13