The annual National Moth Night (weekend?) is taking place 8th - 10th August 2013 - so we are in the middle of this celebration of all things mothy. The target species, for this years effort, are the spectacular "Tiger Moths", a family that has suffered very mixed fortunes over the past few years. The, once, familiar Garden Tiger has undergone a catastrophic decline in our region (my last garden capture was in 2008) whereas the Jersey Tiger has seen its' occurrences become more regular, with small populations becoming established across southern England. 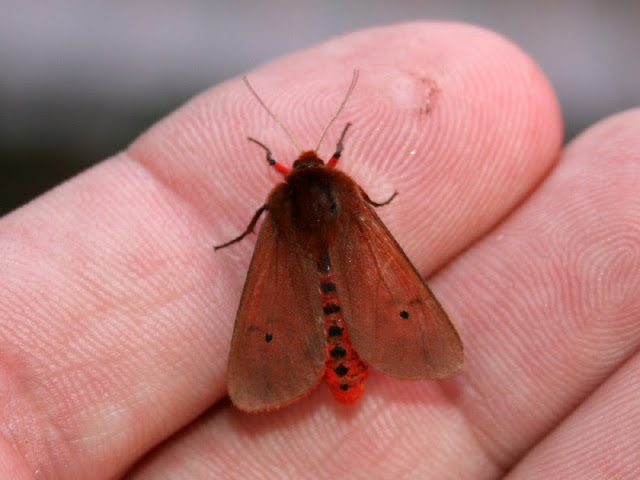 Sadly, for me, there were no examples of either species but I didn't toil in vain. There were 3 Ruby Tigers in the trap, this morning, along with a nice selection of the common resident species which are to be expected in a Thanet garden. A Chocolate-tip was a nice addition to the year list and the presence of a Vestal is a sure sign that some insect migration is underway (only my third garden record in 12 years!)

The main feature of last night's catch however, was the equivalent to moth trapping nightmares. Over 170 Silver Y's were contained within the Milton Mk VII; creating chaos as they refuse to settle for any length of time. Removing the perspex covers, clouds of these energetic little moths streamed from the egg boxes, taking who knows what else, with them. Geometers are particularly skittish in these conditions. It is a situation of my own making - my trap is placed besides our massed buddlieas; a group of six mature bushes which stretch for 50ft along our northern boundary. Silver Y's love the stuff, so it's no surprise that they form the bulk of my catches when conditions are favourable. 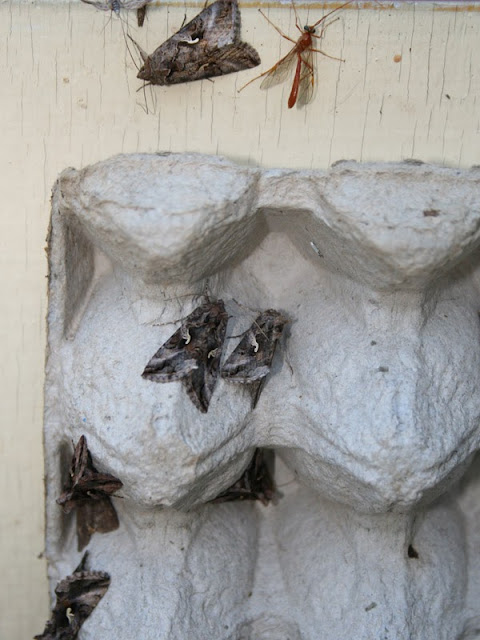