It's been 10 days since I caught my PB barbel and I have been back, twice since, to the same swim hoping to add to my tally. The outcome of these visits has been as predictable as they have been educational - I've been savaged by eels; a species which is in major decline (except in the Kentish Stour!)
Eels have a highly developed taste sensitivity, homing in on anything with a meat/fish flavour, with un-failing ability; so very annoying when fishing for other species. That eels remain numerous in the R. Stour is testament to the water quality, so something that we should be pleased about. That they are a nuisance when barbel fishing is also something that I will have to live with - we're fishing for a small population of barbel in a river full of eels. Benno and I are the engineers of our own downfall - we introduce fish meal pellets as part of our baiting plan. Eels are quick to react to this bounty - the result is angler frustration. Time for a major rethink - I have a week to come up with  "plan B" 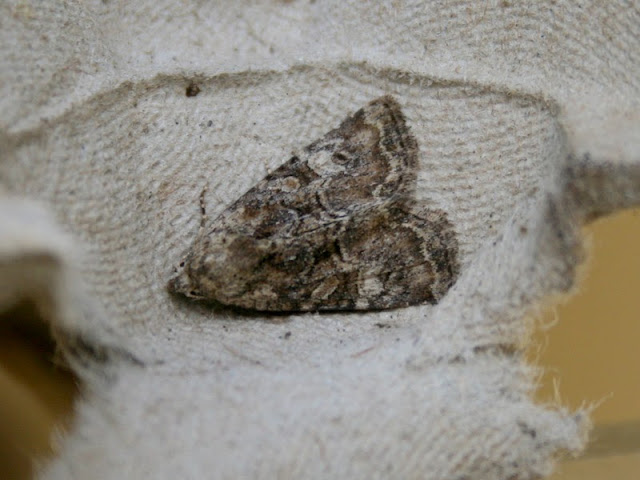 In the garden there have been plenty of distractions, the moth trap providing some nice records. Dark Swordgrass and Small Ranunculus have been added to the year list whilst a rather smart looking Cloaked Minor caused a little head scratching (it is not the form that I am used to catching)
Bev and I saw a Clouded Yellow flying along Shirley Avenue, as we walked back from Gadget's place, yesterday, and an adult Hobby was hunting over Vine Close in the evening.
With the imminent arrival of Mrs Jane Moran (HRH?) the window boxes have been given the once over and hanging baskets now adorn the wall beside our front door - a Speckled Bush-cricket looked decidedly dishevelled as I finished watering the newly planted fuchsias. 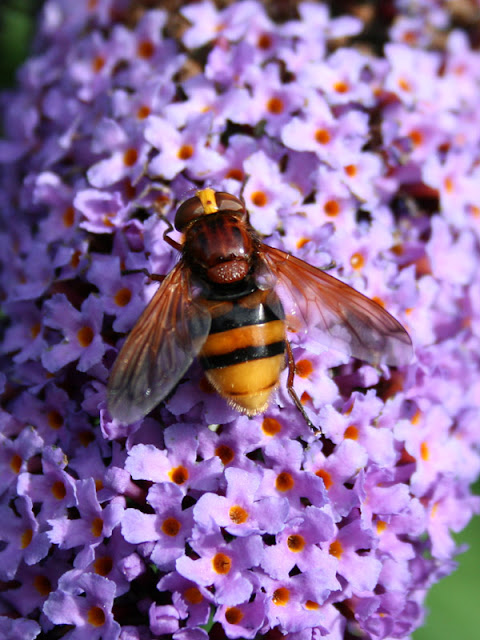 The splendid hoverfly V. zonaria was discovered feeding on a buddliea; an insect which has been responsible for more Hornet sightings, on Thanet, than the real deal?
Posted by Dylan Wrathall at 10:53