Back with a camera 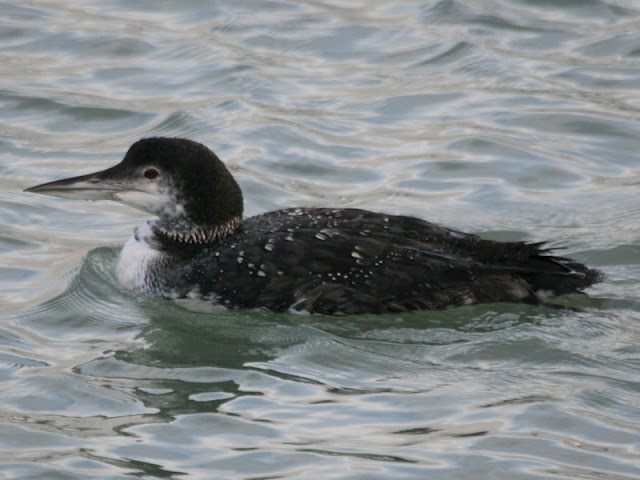 Terry (Snail) had promised sunshine by 13.00hrs - he'd consulted the BBC 5-day forecast and was confident that he would be peddling home in the dry; what folly! We ended our shift to be greeted by a leaden sky and heavy rainfall. I made it home, rather damp, feeding the birds and gathering my camera gear; ever hopeful that Terry (the BBC) would get it right, if somewhat delayed. I have a feeling that he might have gotten rather wet as he made his way back to Margate aboard his trusty tread-iron. 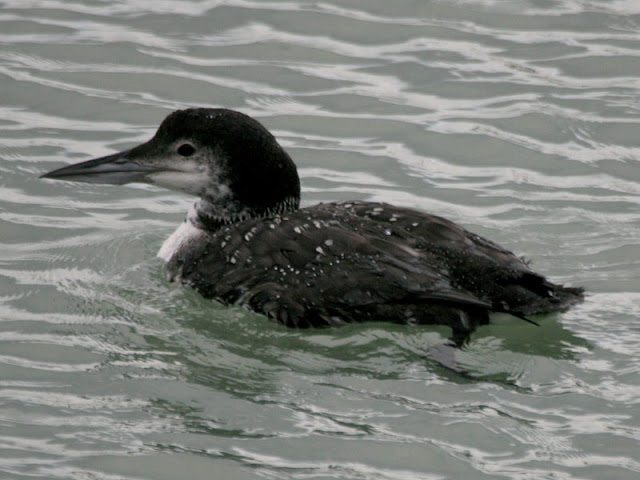 I gave it until about 13.40hrs before deciding that there was a chance that the weather would abate and I'd stand half a chance at getting some images of the Ramsgate Harbour Great Northern Diver, that Emily and I had seen yesterday. My walk was rather un-eventful, although a C-R Herring Gull was on a lamp-post at the junction of Hereson Road/West Dumpton Lane (it has been present for over 12 months and the NTGG are aware of this) Some Fulmars were swirling around, below their nest ledges on the chalk cliffs of King George VI Park and a couple of Rock Pipits flitted along the seawall as I made my way towards the harbour. 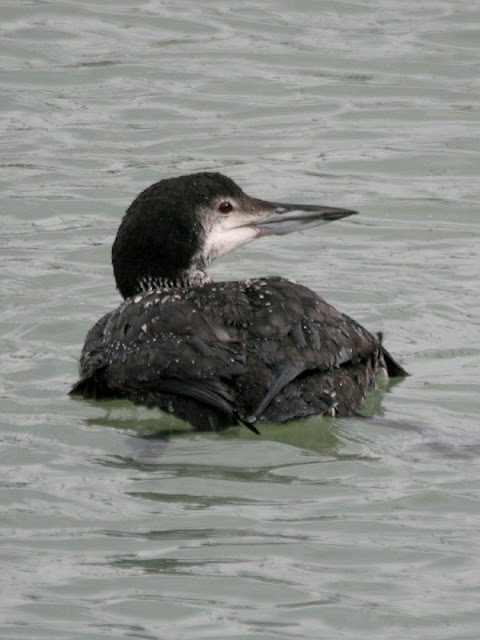 I scanned through the few gulls that were assembled on the net stowage ramp - nothing of note, before walking across to the sluice and the outer harbour. Bingo - there it was, in the same place as the 2003 bird, enjoying the shelter of the outer harbour to the west of the Lifeboat Station. The low angle of the sun (when it appeared from behind the clouds) mean't that the shadow of the harbour wall was a major factor. I played around with settings and ISO's taking 168 images in the process. The best I've managed are attached - I hope you enjoy them as much as I did when I pressed the shutter! A remarkable bird, an adult, which is awaiting the efforts of Kent's finest - cameras at the ready! I'm sure that there will be some absolutely stunning images to come but, until then, my efforts will have to suffice.
Posted by Dylan Wrathall at 21:07