Numb; but relieved it's over

At 03.00hrs my Mum passed away, peacefully in her sleep - at home, in her own bed. The superb support of the Social Services and Medical folk ensured that her family were at her side as she neared the end of this part of her journey. A formidable woman, in her prime, dementia had taken away the one we knew, and loved, leaving behind a very pale shadow of the person she was. Although there were tears, relief is the over-riding emotion now that it's over. Sleep well Mum.
Please don't worry about the Wrathalls; we're are a tight family and will come through this together, of that I'm confident.

In order to keep my mind occupied, I have been perusing the various blogs - as per usual, and saw the post on Marc Heath's excellent Reculver Birder site. Now, whilst I am unable to join the debate on a level that Marcus Lawson and Martin Garner are at - I do have a few points about the id of "out of range" Chiffchaffs. In January 2004, Bev and I were on honeymoon in Gran Canaria. I only had my very primitive digi-scoping gear, yet remember thinking that the resident population (prior to them being split) of Chiffchaff would be a real tester if it were not for the fact that they behaved and sounded so different from the regular P.c.collybita that are so familiar to us in the UK.


Looking back at these images reinforces my view that one of these birds, in the UK, would very easily be overlooked. The second bird is one that was present at Stodmarsh NNR at the same time as a wintering Yellow-browed Warbler (March 2004). John Hollyer, Pete Lasslet and others (myself included) made several trips to view this bird, which was feeding around some rotten apples behind Undertrees Farm. It was reported, by several sources, as a Siberian Chiffchaff - thus ticked as such by many visitors. John and I had doubts about this individual; confirmed when we heard it calling. It was using the typical "huw -eet" disylabic call of the nominate P.c.collybita , therefore not a Siberian Chiffchaff, despite appearances. My images are from 2nd March 2004 and clearly show the pale lower mandible and plum-coloured legs, so very not Siberian Chiff. If, however, the only images were less detailed, it is quite likely that this individual would be accepted as a "tristis" and not an "abietinus" which is the true id (in my opinion) As Marc requests in his post - "What do you think?" 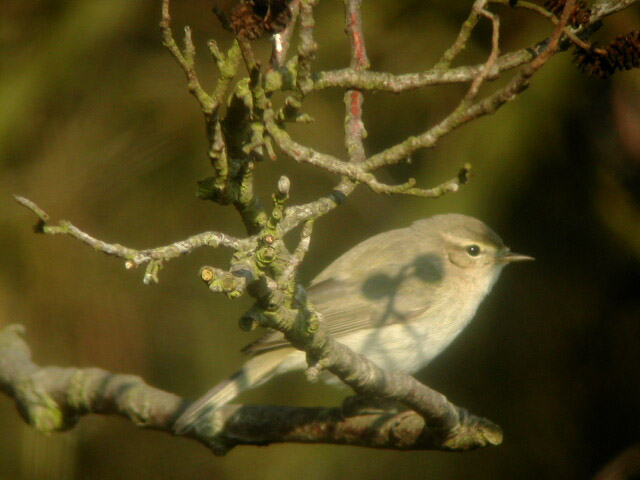 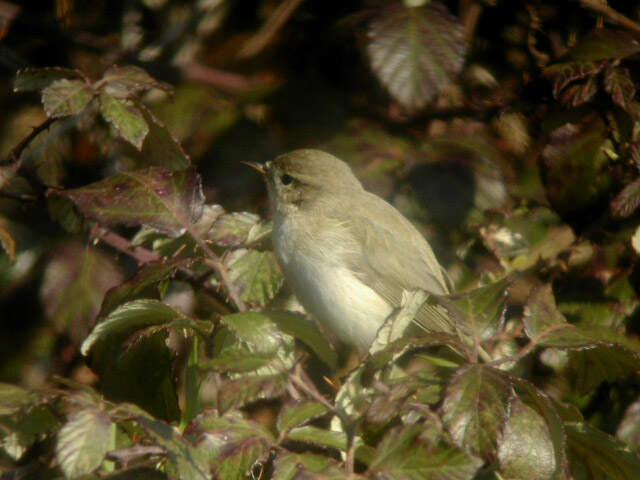 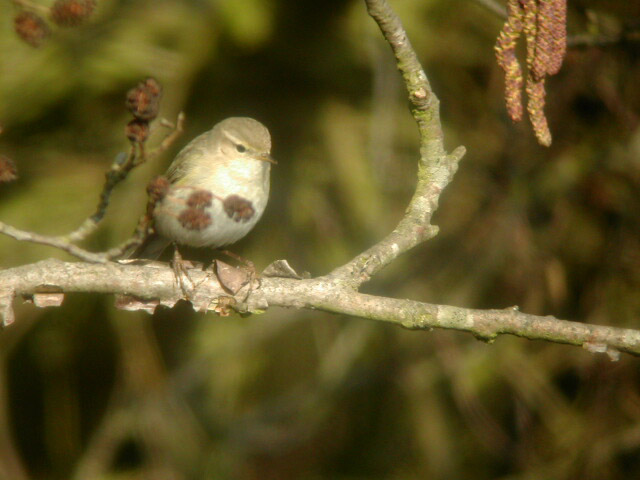