With no fish, let alone Esox lucius, to blog about any content will have to revolve around my observations for the time being. In the quest to improve upon my woeful camera skills Youtube has been scoured for offerings which might provide me with a few tips on how to make the most of my newly acquired EOS 70d. Some of the advanced techniques, I watched, are way beyond my comprehension, being such a techno-dullard, yet there have been several times when the information provided has made sense and I feel better equipped moving forward. Professional wildlife photographers/Youtubers set a very high bar. As I'm, at best, an average blogger my own efforts need to be nothing better than able to embellish the written content I produce. One other outcome from this research effort was the discovery of a consensus opinion, amongst Canon users, that Canon branded spare camera batteries were a complete rip-off. Perfectly suitable alternative power packs are available at less than 20% cost of a "genuine" spare. I had a peruse of Amazon and purchased a twin pack, with charger, for under £30! 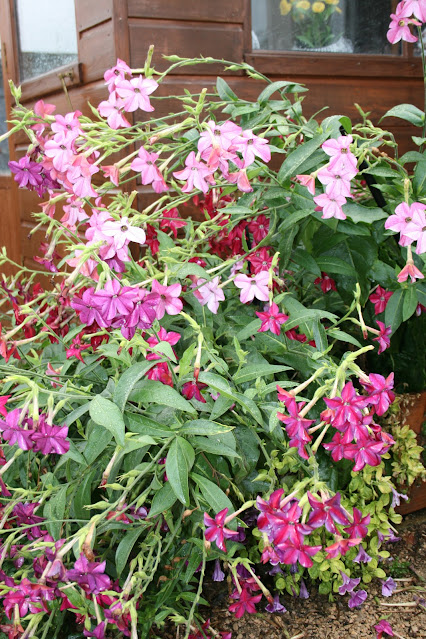 As appears to be the case for many fellow bloggers, as well as myself, moths continue to take centre stage in our wildlife encounters. The reports of migrant species which were once considered rare visitors but now appear to be numerous and widespread just adding further evidence to the impact climate change is having on the ecosystems which human activity, alone, has caused. Garden moth trapping is very much akin to local patch birding. Both activities allowing individual species to take on a status based upon this very limited catchment area, opposed to a general overview, be that at county or national level. 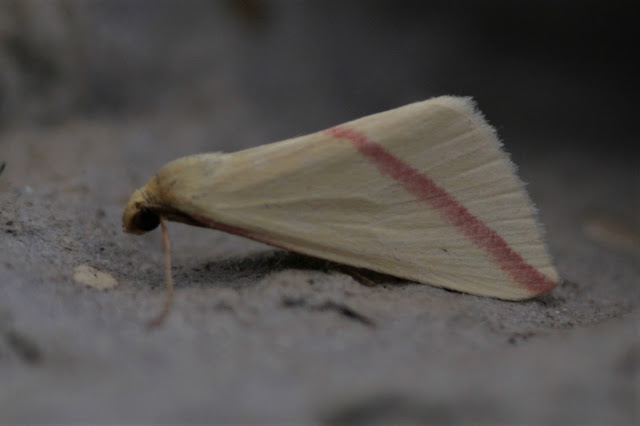 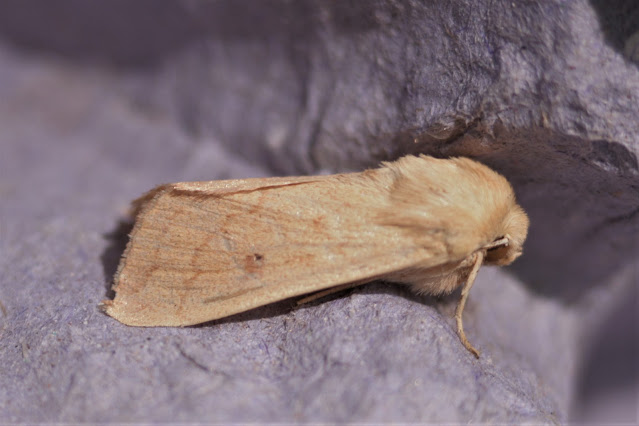 So, for what it's worth, here is my recent experience with Convolvulus Hawk-moths. The 2022, garden, total now stands at an incredible fifteen individuals potted, whilst three others have fallen foul of the garden Hedgehogs. However, this is just the "tip of the iceberg" so to speak. I've blogged previously about the gardening exploits that I'm now embarked upon and, particularly, the desire to grow nicotiana plants which will be at peak flowering during the autumn period. Well, unbelievably, it's working out better than I dared hope. Sitting at my desk, looking westward from my study window/doorway (a highly pretentious description of my man-cave extension) With the garden illuminated by the 125w MV moth trap; I'm able to watch the activity around the two patio planters without getting off my arse! Not long after sunset these huge insects start to appear around the planters and it is not unusual to have several individuals present. Yesterday evening I decided to have a go at establishing just how many moths were involved and decided to use my butterfly net to catch those feeding on the nicotiana. Within an hour I had four potted in the fridge before the heavens opened and I called it a day. This didn't stop more moths coming to the plants, just I had no desire to get soaked. 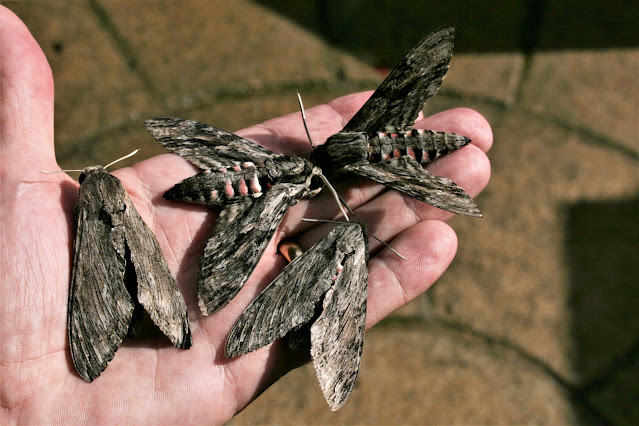 Not bothered with the net this evening preferring, instead, to employ the new camera. It's not yet 22.00 hrs and already I've seen Convolvulus Hawk-moths on thirteen occasions. Obviously this doesn't equate to thirteen different individuals but it certainly demonstrates the allure of nicotiana fragrance over the ultraviolet light produced by a 125w MV bulb. 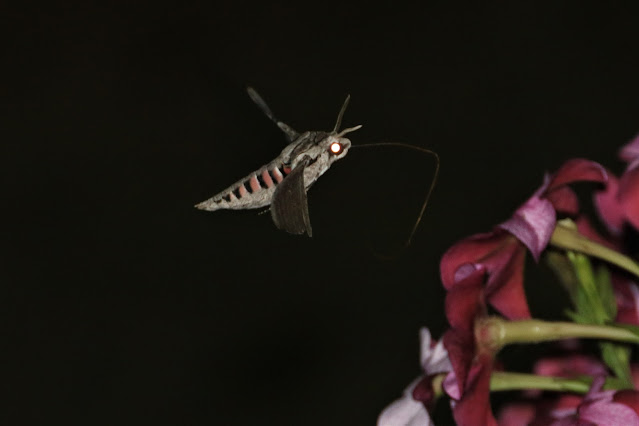 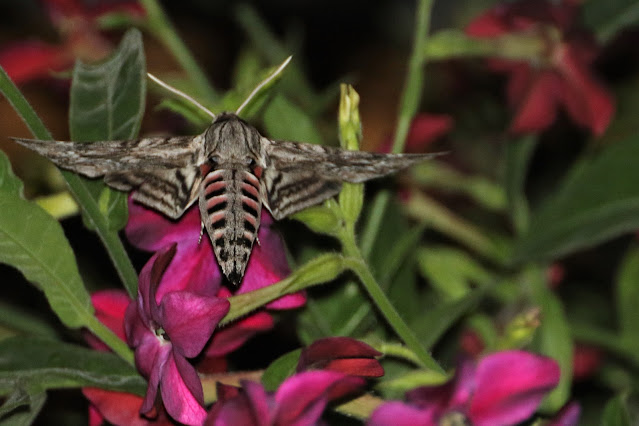 Absolutely blown away by the new camera. We're off to Kefalonia next week and I'm confident that the images I manage to record will be far superior to anything I've captured on previous visits. My nephew and his girlfriend are house-sitting whilst we're away. They're saving for a deposit on their first house and this means that they'll get a seaside break without the cost of accommodation. A wim - win situation all round!