Kefalonian encounters - up close or otherwise

Since 2015 Bev and I have visited the island of Kefalonia on six occasions. It should really be eight but for the intervention of Covid-19! The reality being that I've now spent three months of my life on this Greek paradise. The adventures, friendships established and wildlife experiences which have taken place during these holiday periods are now etched in my soul. The laid back, Kefalonian, ambience is unparalleled by anywhere else I've been fortunate enough to have visited. That this last vacation has seen me struggle to match the wildlife encounters of previous years serves to illustrate the random nature of the passing seasons. For those, deluded, individuals who dismiss climate change as a political stunt, you're beyond help. Even a blind man could see the effects of this phenomenon within a very short period on this planet. I, like many of my blog visitors, experienced the 1963 winter and the 1976 summer. They were claimed to be exceptional, at the time, not so now. These freak weather patterns will become, very much, part and parcel of UK life whilst, globally, politicians and business leaders remain incapable of accepting the scientific evidence being presented to them?

So September 2022, on Kefalonia, was that of an extreme drought situation. Subsequently, migrating birds gave the island a wide berth and the result being I was on a hiding to nothing whilst out on my daily rambles. I have to admit that there were odd days when Alpine Swifts and Bee-eaters were passing overhead in reasonable numbers yet hirundines were conspicuous by their absence, as were so many many other species which I consider to be a "gimme" when on the island during the autumn. Still, it is ridiculous to moan about what I didn't see rather than enjoying those birds/reptiles/inverts which crossed my path during this latest holiday. Some photos! 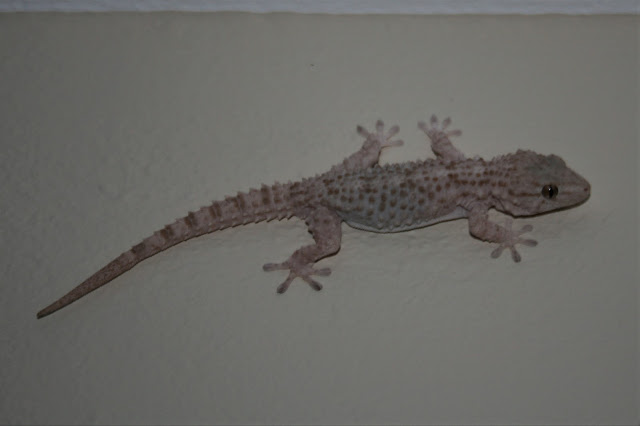 This Gecko sp. (Mediterranean House Gecko?) was photographed on the wall of the Diana Studios bar area whilst we were enjoying an evening "light ale" 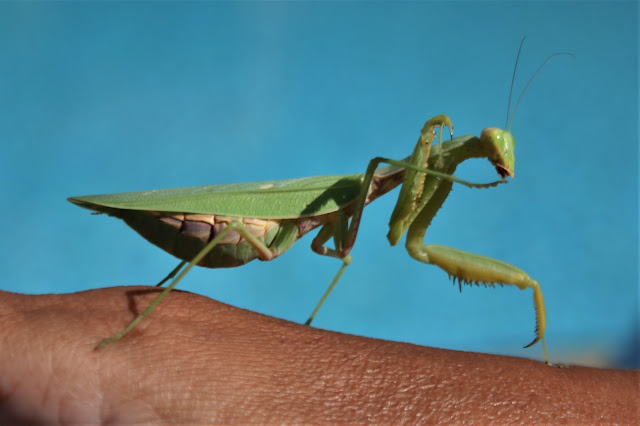 There is no way that Bev would have ever considered allowing a Praying Mantis to walk along her arm prior to meeting me. That she now has a favourite bird (Hoopoe) and enjoys spotting Buzzards whilst we drive around the UK highways and byways is testament to the addictive draw of our natural world. These next images are a result of pure fluke! I had been watching a group of Hooded Crows whilst bemoaning the lack of photo opportunities and was already retracing my steps when I heard a Crow protesting about something. Looking up I was confronted by an approaching Short-toed Eagle with a very irate Hooded Crow in close attendance. 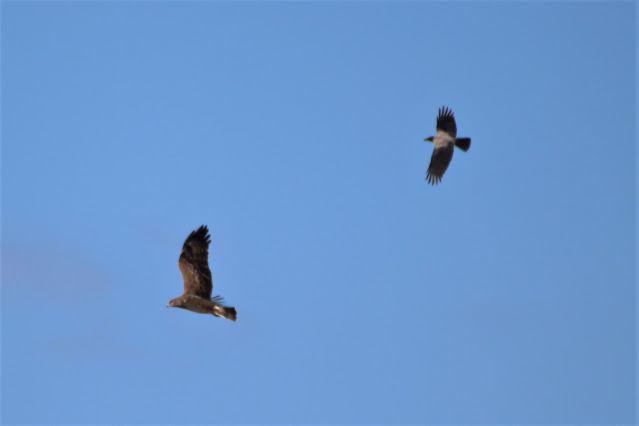 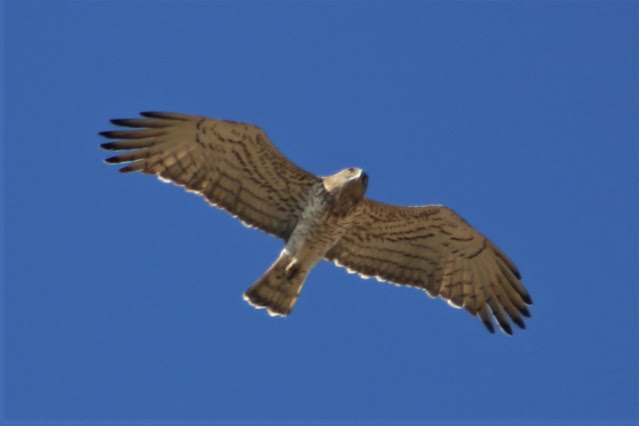 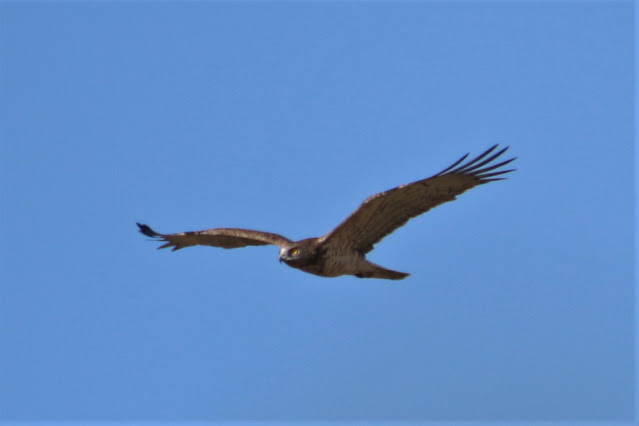 It must be noted that my new camera is far more talented than the long-haired fool pressing the shutter button! These next couple of photos were taken when Craig and I drove up to the peak of Mt Einos. Craig (he was bloody driving!) spotted what he thought was a Buzzard. What a result? On a very quiet back road we were able to abandon the car and enjoy the spectacle of an immature female Goshawk being mobbed by a male Sparrowhawk - top stuff! Once again the EOS 70D performed its magic despite the subject distance and prevailing conditions. 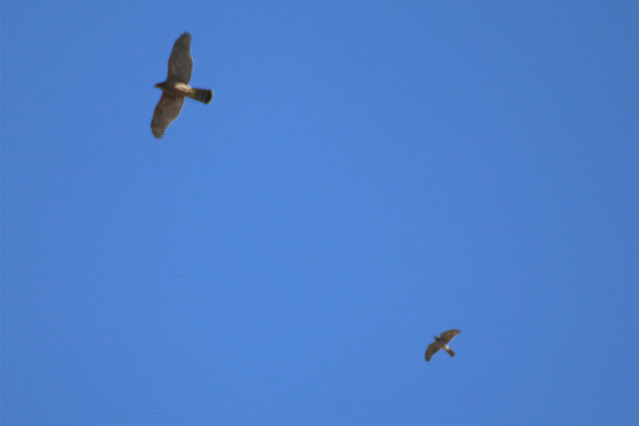 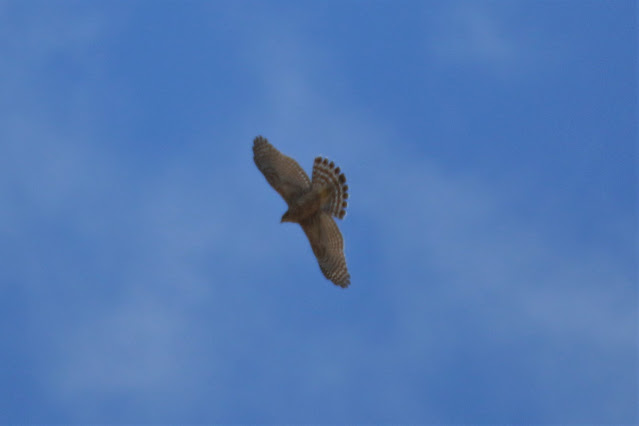 My final offerings, for this post, were obtained whilst walking the trail beside the lagoon at the bottom of Argostoli Bay. There is a Unesco Green Flag Site here and a superb visitor information centre. 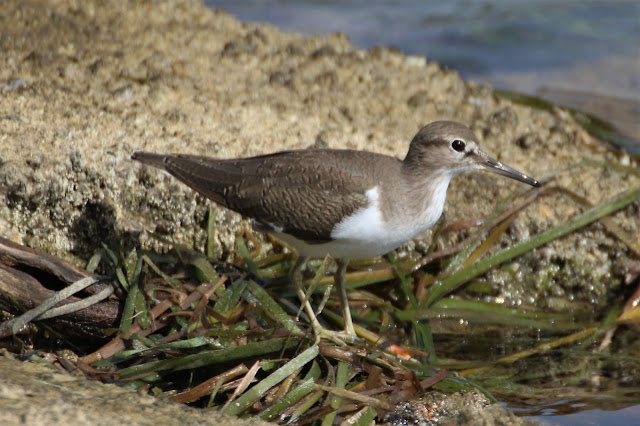 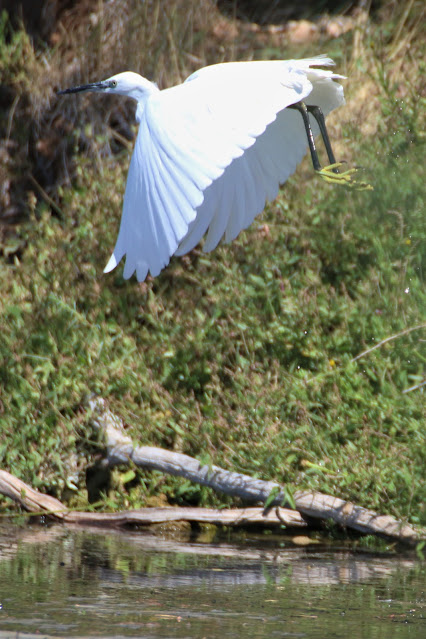 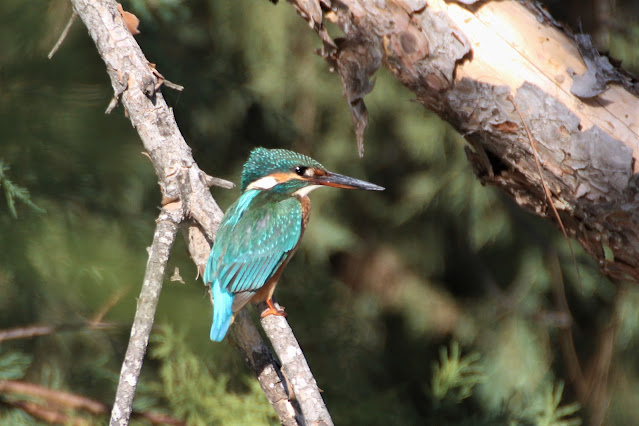 I ended the trip with just fifty-seven species of bird being confidently id'd. There were a few others which were so fleeting as to be impossible, although certainly additions to the meagre tally.  I'll finish with a shot of Cory's Shearwater which would have gone un-recorded had it not been for the camera! 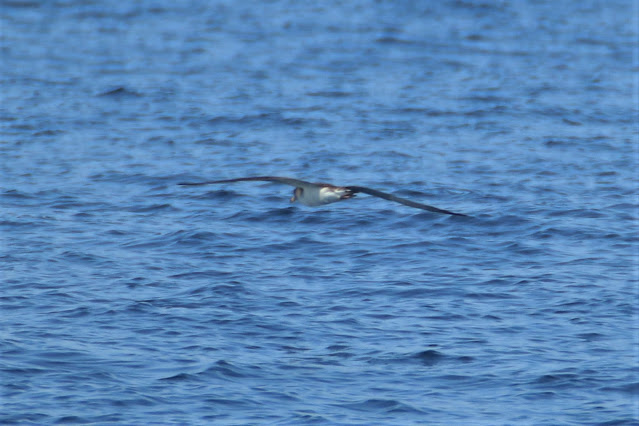