Not written much about the self-found bird list, of late, purely because I've not had much to report. Odd highlights have been a male Brambling and two Black Redstarts (including a stunning adult male) in the garden although none of them staying long enough for a photo opportunity. Today all that changed! I took an early morning stroll around Newlands Farm, adding a couple of stunning White Wagtails to my tally yet failing to discover a Wheatear or Ring Ouzel, which was my aim. A singing male Blackcap, proclaimed territorial rites, over by the farm paddocks, but I returned home less than impressed by the birding I'd experienced. 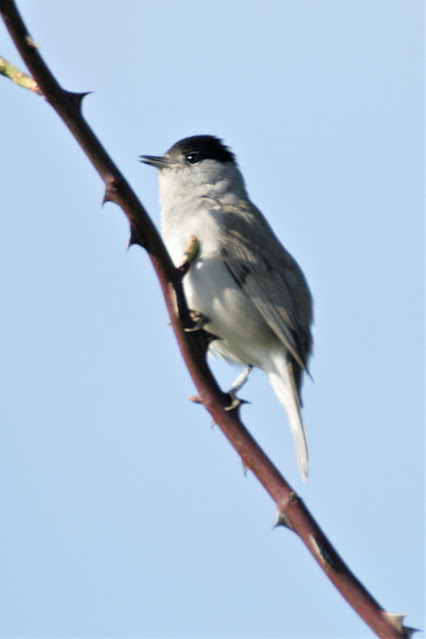 Spring raptor passage is now well underway, with Common Buzzards regularly passing overhead. Thankfully, the local Herring Gulls are always on hand to provide an early warning of the pending approach of any migrating raptors and so it proved today. It was around 11.00 hrs when the protesting gulls announced the arrival of another unwelcome visitor. A scan with my binoculars revealed a very weird looking Buzzard - no surprises as it was a bloody Short-eared Owl. My photos were pathetic as the distance was in excess of a third of a mile! Still a record shot is better than nothing? 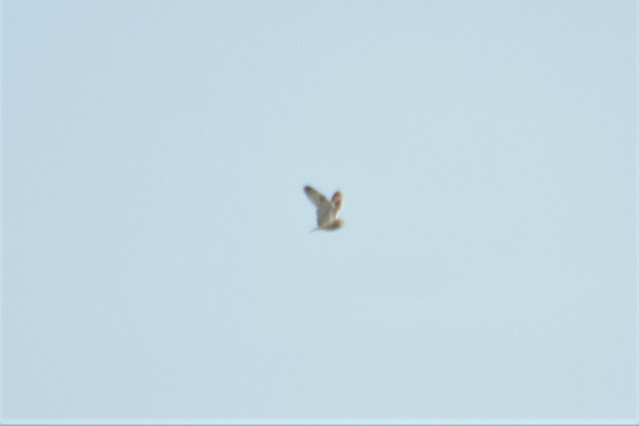 I was happy enough with this sighting, it being my fifth patch record and third garden sighting, in twenty-two years. So I was sat in my study, back door wide open, awaiting the start of the Man City v's Liverpool game when the gulls went up again. This time I was outside straight away to find myself watching an Osprey drifting west, directly over the garden - again my third garden record. 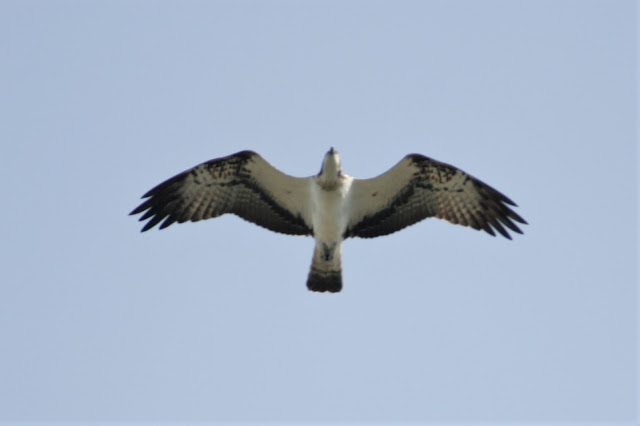 It's been some days' garden birding - I've still not seen Corn Bunting in 2022, so there's much to be looked forward to as the months pass.