A wild one, every time

Even as I was closing the Heronsview gate, behind me, I knew that the Carp which had just been landed wasn't anything more than a symbolic capture. A fish to enjoy, without doubt, but not one that will have any place in my memory archive - if that makes any sense?  That it was caught whilst I was after Tench just assists with the drama yet, does little to elevate the achievement beyond that of an accidental capture. A "nuisance fish", for want of a better assessment? 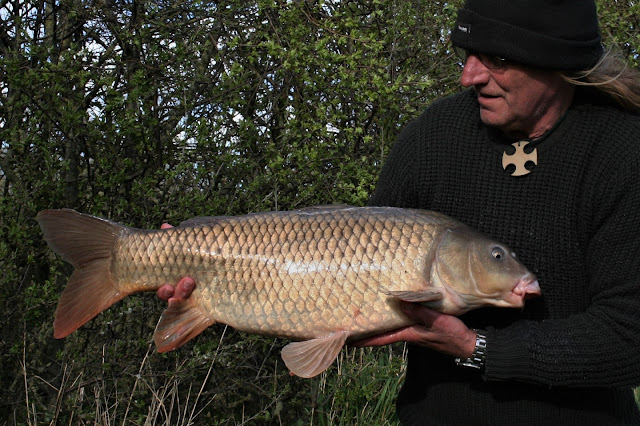 It is certainly not my intention to belittle Carp, as a species, in any way. My gripe, if that is what it is, lies with modern angling's perception of Carp, somehow, being a far more worthy fish than the other species that share the same environments. Nothing I possibly say, or do, will change this. Fuelled by a multi-million pound industry which thrives because the hoards of "tunnel visioned" individuals who've been sucked into this stereotyped pursuit of, what is after all, a non-native species in UK freshwater fisheries. What makes it even more sad, to my way of thinking, is that in this current era size is everything for the majority of those involved. Even whilst down at Heronsview I heard members complaining that the fishery didn't contain a "forty"!!!? Although, to be fair, it would have been me forty years ago when my own obsession with big fish was all consuming. Today, however, considerably older and certainly mellowed in my outlook, the size thing has been replaced by a desire to derive maximum enjoyment from the angling experience. I now seek my thrills in situations where methodology and venue is of far more importance than the size of my quarry.

Since the return to angling, back in 2011, I've attempted to use a target system to keep my efforts focussed. If it started with my quest for a wild "twenty-plus" Pike, the incredible Kentish Stour Barbel campaign really demonstrated the worth of this type of approach. Winter Eels, club water Perch and the discovery of "wild" Carp, in the drains of the East Kent Marshes, have all utilised this mind-set to provide stimulus during these varied projects. So, with retirement a life-changing factor, I'm now looking ahead to future challenges.

The desire to set goals isn't something unique to me. I would imagine every serious "speccy hunter" utilises a similar thought process for whatever target they seek. If there is anything different between me and the majority of others, it will be the desire to remain "off piste". I now want to do it my way; absolutely zero interest in what anyone else has caught or yesterday's news. I will attempt to explain my current outlook by using photos of three, very nice, Carp that I've captured since returning to angling. Not overly convinced that it'll work?

Situation No. 1  - Club/commercial "Carp puddles" Obviously not part of the "big fish" circuit, this type of venue certainly has a place in modern freshwater angling. They provide excellent opportunities for the "average" angler to experience the thrills of landing a "twenty". In current parlance, that's not even a Carp worthy of weighing for those in pursuit of specimens? I was only at the venue because of my Perch project. Absolute lunacy to ignore an opportunity, I caught this lovely "Mirror" on a floater, using a Mk IV split cane and Mitchell 300, whilst attempting to capture an orange Koi that I'd spotted in the margins! A cracking fish but, because of the location, there will be plenty of other regulars who have a similar trophy shot! 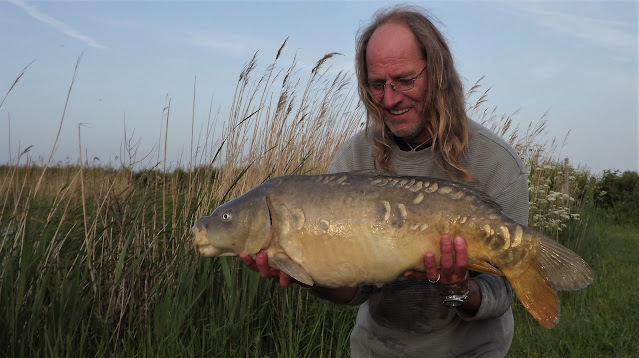 Situation No. 2 - The Royal Military Canal - nuff sed! There are a small number of, highly talented, Carp anglers who ply their craft on the banks of this incredible waterway. The vast majority of "bait & wait" bivvy dwellers are nowhere close to the level these guys opperate at. Back in 2015, it was only because Benno (my son) was living very close to Seabrooke that we were able to attempt any type of serious Carp angling. Pre-baiting was key and the quick, in and out, sessions just the job! My very first, split cane, Mk IV (Twenty+) Carp came from the RMC and very few others will have an image of this lovely Carp in their portfollios? 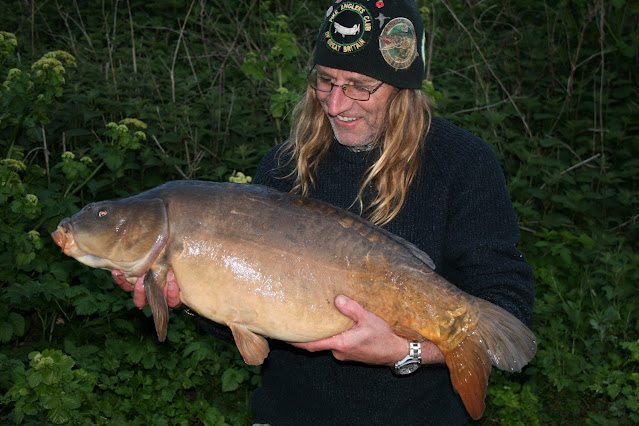 Situation No. 3 - The Flatlands - who gives a shit? I'm now in a situation where it's just me and the Carp. Yes, I accept that, by modern standards, they aren't "big" but they're more than welcome in my landing net! For me to stumble (or was it fated?) across such an incredible angling opportunity is what keeps me enthused, as I seek the enjoyment of a bent fishing rod in situations very few have experienced previously. Carp like this are rare, as rocking horse shit, and I doubt anyone else has a photo of it in their collection? 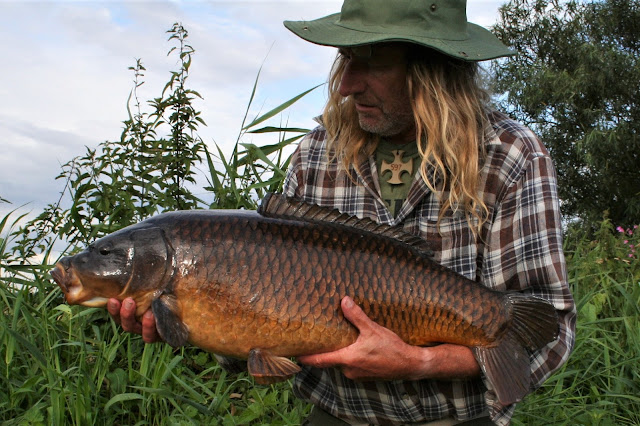 "Two-tone", "Heather", "Burfield Common", et al, ....... Every modern day "celebrity" angler, and their dog, have got photos of these same fish! How many more times do you need to know that Carp are as thick as "Goldfish" - an attention span of less than 3 seconds! No, not for me thank-you, I'm very happy catching, "lesser" Carp that Camo described as the best looking fish he'd ever seen!! And I'll use this same analogy for whatever species I decide to target as time moves on.