Chronologically this post is slightly out of kilter but, as no-one else could be remotely bothered by this fact, I'll start with my morning walk around Newlands Farm. I made my way towards the farm, just prior to 08.30 hrs, almost immediately discovering myself being scolded by a "chacking" male Ring Ouzel. Before I could raise the camera it was off, along the hedge, being joined by a second bird (a female). The pair flew across the smallest corn field up into the crown of one of the mature trees on the northern boundary. I managed to grab a few token shots of them perched up, but that was it, they didn't hang about and headed off westward before I could get anywhere close to their position. 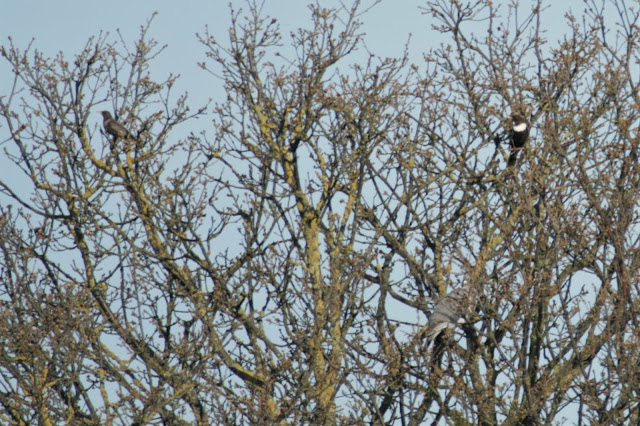 Within a couple of minutes I was to encounter my second "self-found" year tick, of the day, when a Yellow Wagtail flew over, calling loudly as it passed. Five Meadow Pipits, three (possibly four) singing Skylarks and a couple of pairs of Linnets made up the supporting cast as I wandered the familiar route. 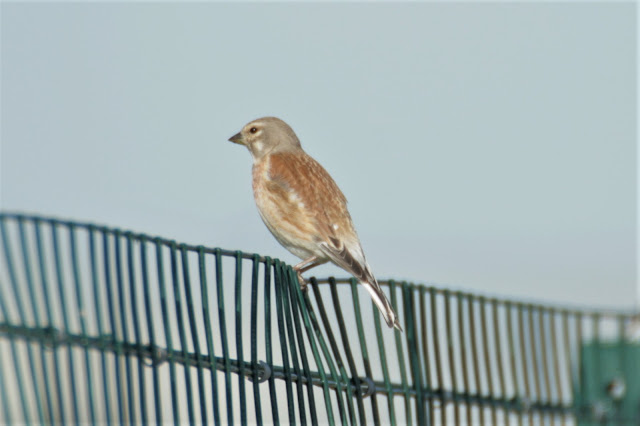 Once back, at the bungalow, there was plenty to keep me occupied around the garden so I was able to remain outside for the vast majority of the day. Nine Common Buzzards consisted of seven migrants and a resident pair with the right hump, a couple of Sparrowhawks, engaged in some form of territorial dispute, before another year tick dropped onto the bird bath for a quick drink. Willow Warbler being No. 115 for me in 2022. Fairly mundane, when viewed from an outside perspective, but it kept me entertained and that's all I'm bothered about!

So to the really special bit, from my stand point. Yesterday evening I took Bev on a "Magical Mystery Tour" as we drove off through the East Kent countryside. My goal being to arrive at Bottolph's Bridge PH as close to 19.00hrs as I possibly could. We arrived a good ten minutes early and had, therefore, to wait at our, pre-booked, table for the "mystery guests" to arrive. Bev didn't have the first idea what was going on. True to form, although not her fault for a change, Chrissy (the dog walker from my RMC Pike campaign) and her husband, Rob, arrived a few minutes late. We had a fabulous evening, eating and drinking, whilst engaged in top quality conversation, banter and laughter. Chrissy and I had been planning this meet up for well over a month. That it turned out so well is way beyond our wildest expectations. Over, all too soon, we parted company vowing to remain in contact. Friendships like this are truly special and, if not for the "lockdowns", probably couldn't have been established anywhere other than on the remote banks of the Royal Military Canal? When life deals you such a good hand, make the most of it - pretty sure that's how my Mum & Dad would have seen it.