The past few days have seen a large number of Common Buzzards moving over Newlands Farm. A good percentage are very pale birds, suggesting Scandinavian origins? The largest group consisted of thirteen individuals, yet flocks of six to nine birds have been regularly counted. Day totals have been in excess of twenty birds since well before the Easter break but, today, I've counted thirty - two although it is very difficult to be sure that repeat sightings aren't involved? 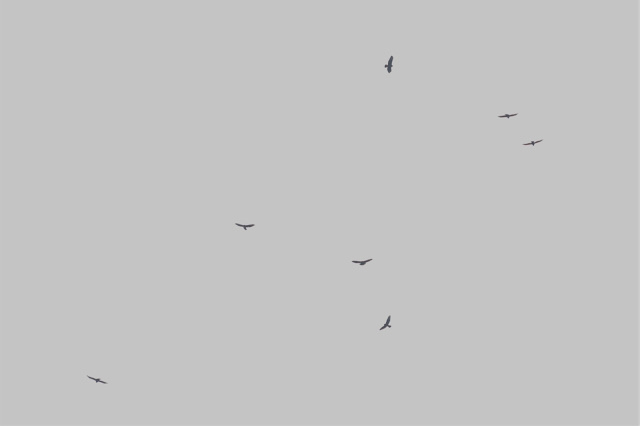 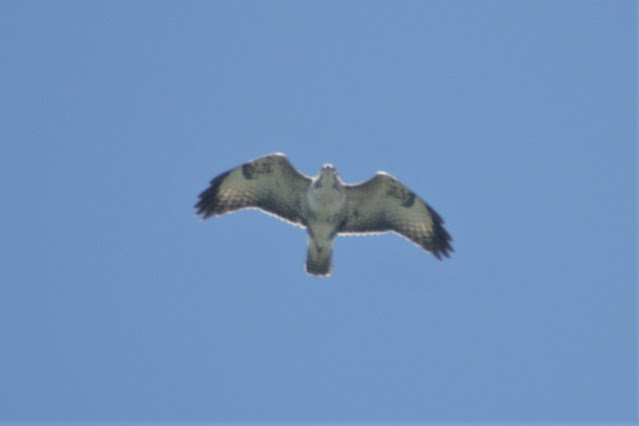 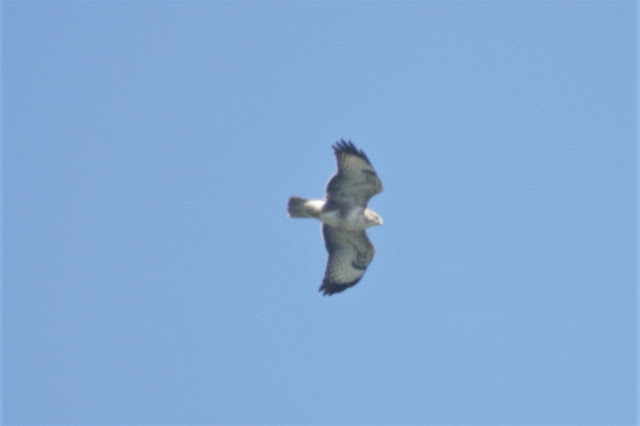 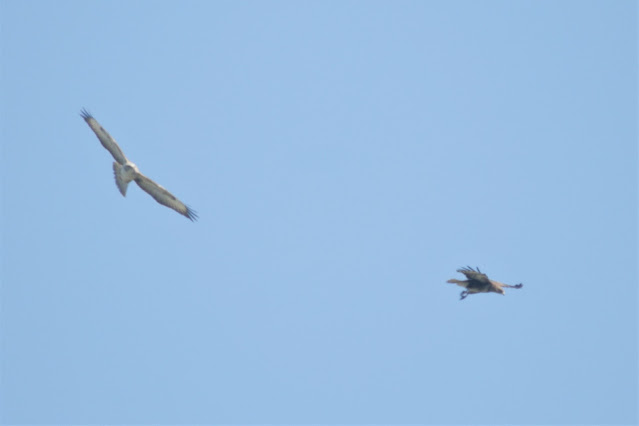 With Chris Hindle, over at Reculver, continuing to record Red Kites, in modest numbers, it's been hard to understand why I've still only recorded three, from the garden, all Spring? However, given what happened at 14.30 hrs, today, I'll accept the situation. The local gulls registered a half-hearted annoyance as yet another Common Buzzard circled overhead. I picked up my bins as a second bird appeared. As soon as I focussed it was obviously a Kite but, hang on, it's quite small and very dark! Get in, my second Black Kite from the garden in two years. Photos fail to do the bird justice as I just picked up the camera and fired away without changing any of the settings. 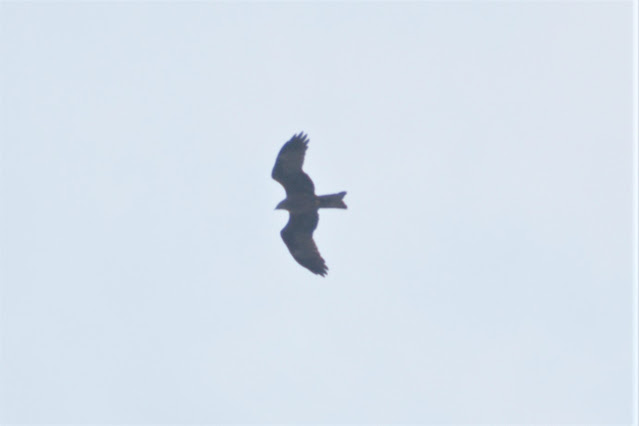 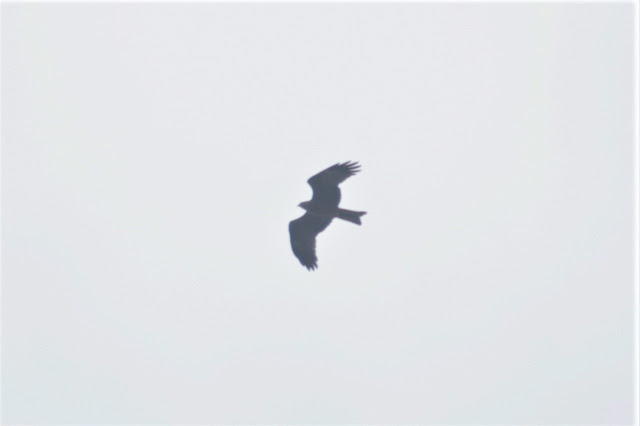 Not much better than a silhouette, but they'll do for me!