Pike, Purps and a dodgy Rockit

I needed to pick Bev's car up from the garage, in Broadstairs, yesterday afternoon. No big deal, just meant I could have a stroll along the seawall between Dumpton Gap and Louisa Bay, en route. As it coincided with high tide ensured I would be in with a shout to add Purple Sandpiper to the, self-found, year list. It turned out to be far more productive than I could have hoped with a minimum count of twenty-three birds present along the, wave splashed, coastal defences. Seven Rock Pipits were also noted, along with a smattering of Turnstones and a decent skein of Brents moving south, towards Pegwell? The light wasn't brilliant, given the angle of the afternoon sun, but I rattled off a few shots as I meandered along the seawall. 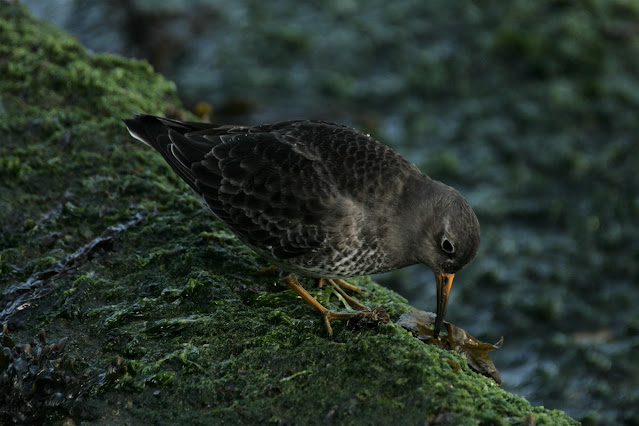 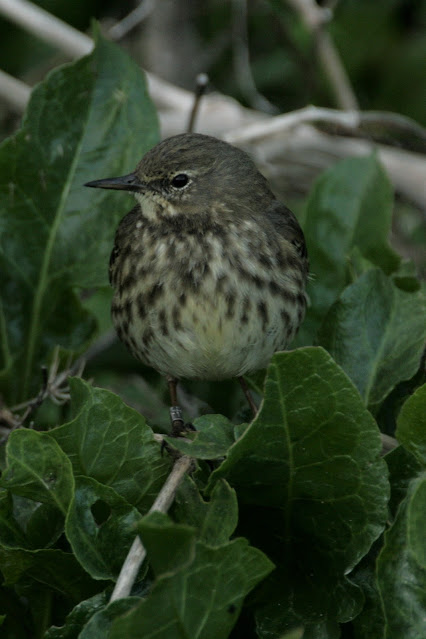 Back down on the RMC, early doors, this morning knowing I won't be back for a while due to the issues with my van. The contrast in conditions to the previous day couldn't be more stark. Four seasons inside thirty minutes, such was the erratic weather I experienced. Not overly happy with my own performance, landing just one Pike from three chances. At 14 lbs 13 oz it certainly helped ease my mood but, it should have been so much better, I didn't fish well today. One positive, which I did take away, was the fact that this Pike was my nineteenth "double" from the venue this season. I need one more to reach that magical twenty from the canal, although I already have twenty-one because my first two came from the flatland drains. Could easily be a week before I'm able to get back, yet at least I'll have something to aim at when I return.