A campaign that keeps giving

My first session on the RMC in six days was everything I could have hoped for. The silly o'clock drive, from Thanet, gave ample opportunity to see the havoc wreaked by the recent succession of storms. Some huge trees have succumbed and fence panel businesses must be booming in the aftermath. The canal also showed plenty of signs of storm damage, along both banks, but a few more snags in the margins does nothing but improve the habitat for the fish which call the murky depths their home. I arrived at my chosen spot well before 06.00 hrs and quickly got three baits in position. By 06.30 hrs it was light enough to do away with the head torch. Spring ain't too far away, that's for sure!

Chrissy and Mouse were out early but, due to an upholstery lesson in Faversham, couldn't stay too long for the usual banter. They hadn't been gone more than twenty minutes when I had a double take. The left hand alarm sounding just seconds after the middle one. Knowing that I had a very big bait on the middle set-up I opted to pick up the left hand rod and promptly found myself attached to a "jack" which might have gone 4 lbs had I bothered to weigh it. The hooks came out in the net and, as a result, I was quickly able to get it back in the canal before picking up the middle rod. Nothing happening, so I wound down and found myself doing battle with a very powerful fish. Certainly not an epic battle yet, although the Pike didn't wave the white flag, it was in the landing net within a couple of minutes. I knew it was a good fish, the scales confirming my suspicions with a reading of 20 lbs 8 oz - utter madness! That's five "twenties" for the project, the third in February. I feel that someone will pinch me soon and I'll awaken from this crazy dream? 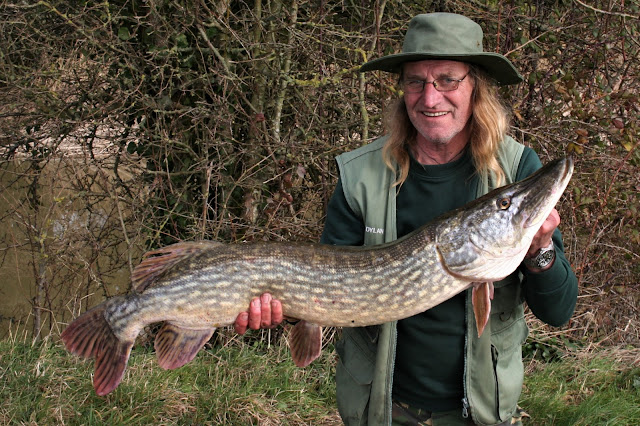 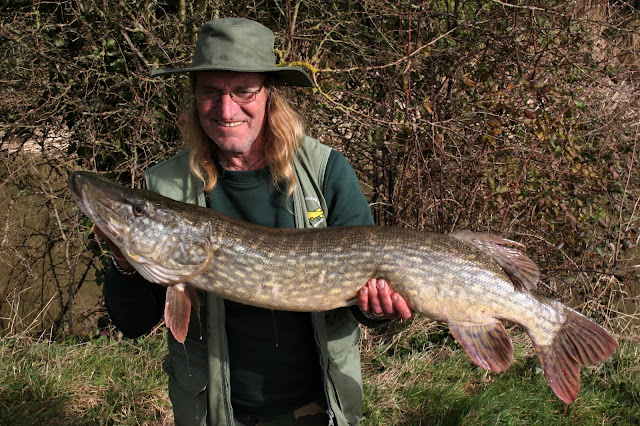 It was a "big" Pike with a length of 41" and girth of 18". Certainly had the potential to weigh more and, despite no obvious signs, it wouldn't surprise me if it had already spawned? Kevin and Mac turned up at 09.30 hrs, just in time to see me bump my third bite of the morning. I wasn't all that upset, I already had my prize resting in the floating retainer. As always Kev was a gentleman and did me proud with a series of trophy shots - I thank you. Packed up and on my way home before 11.30 hrs, knowing the route to the 14th March might be a little bumpy due to a poorly Nissan NV200? The joy's of motoring, eh? Pretty sure I'm able to get back out tomorrow and Friday, it will be after my local Nissan dealership have gotten involved (next Monday) that the wheels might fall off?