Another early morning drive down to the RMC for my latest session after the wonderful Pike which inhabit this historic waterway. I'm still exploring a new-ish area of the canal and am using the leapfrogging technique to cover as much water as I can during my sessions. Three rods, as is my custom, were fishing by 07.00 hrs. A bloody Eel bite within five minutes on the middle rod. Not again? I'd blanked on my last visit, when Eels were a right pain in the arse due to the highly coloured water. At 08.30 hrs I'd moved all three rods to new positions along the stretch. At 08.45 hrs, the right hand kit was away. A splendid scrap ensued, as a feisty adversary clearly didn't want to see my un-hooking mat. As I drew it towards my net I could see it was a very nice Pike and, after much fannying about, getting the weigh sling and retainer well soaked, I was able to get the fish unhooked and weighed before getting it back into the water to recover. 18 lbs 8 oz, that'll do nicely. I secured the retaining sling and hoped that one of the regular dog walkers would appear and take some photos for me. By 10.00 hrs I'd still not seen anyone so, after leapfrogging the kit for the final move, set up the tripod and did a few selfies. 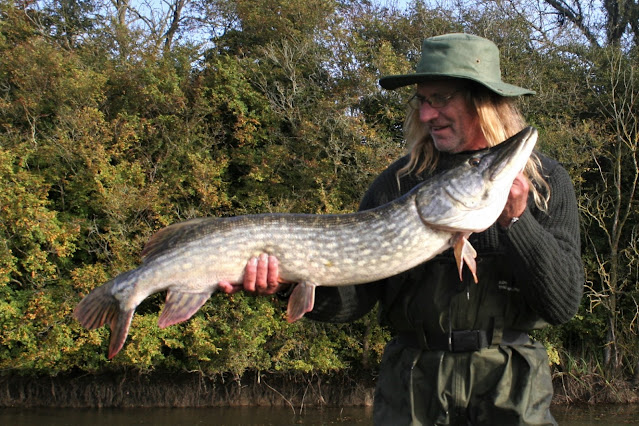 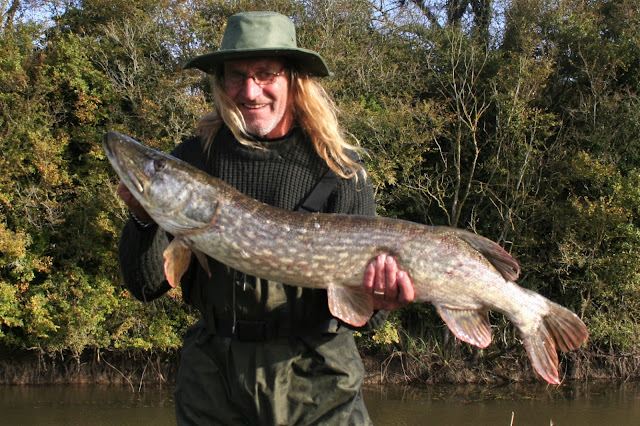 With fish safely returned, I rang my brother, Sye, to chat about a social session that Benno is arranging and to talk rig mechanics. We'd been chatting for a few minutes when I espied a dog walker approaching. I rang off, not wanting a frisky dog to get entangled in my lines or take a fancy to my bait bag. As it happened, the owner put the animal on a lead whilst he walked past, like the responsible adult he clearly was. They'd just reached the middle rod when the alarm sounded. Apologising for causing some issue, I assured him that he'd done nothing wrong and there was actually a fish taking my bait! So began round two. Yet another hard battle was enjoyed, this rod matched with a Matt Hayes centrepin, so taken to the next level in my opinion? Anyhow, another superb Pike found its' way to the un-hooking mat and underwent the weighing, self-take ritual as had its predecessor. 18 lbs 1 oz this one! What a fabulous brace so early in the season. 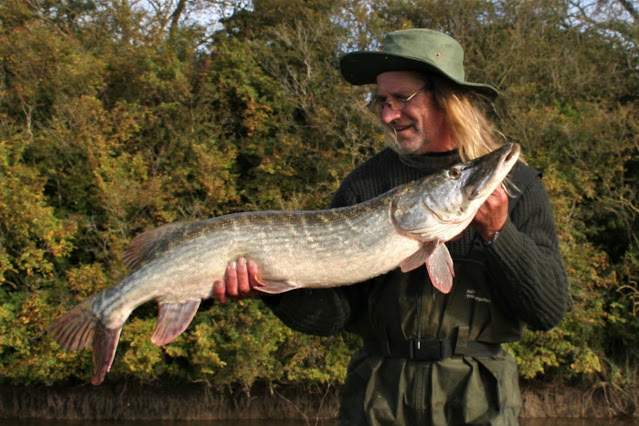 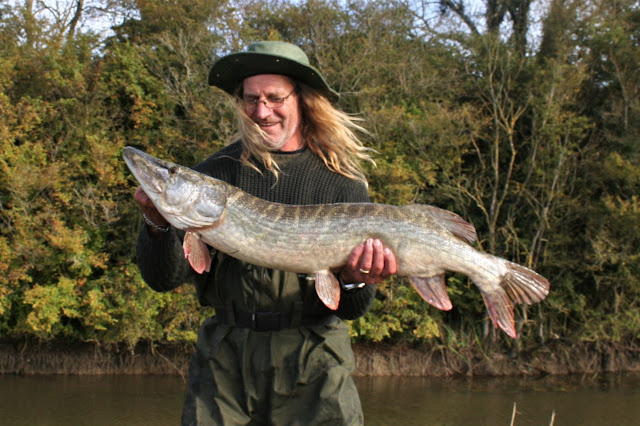 I am very fortunate to be able to spend so much time beside this fabulous venue. That my methods are producing decent results is incredibly pleasing. It's like I'm finally putting the pieces of the puzzle together and reaping the rewards for the effort involved. What's most reassuring is that the more I learn, the clearer it becomes that there's so much more to discover. Sye said "we used to think we were good anglers! Now we know we're not, yet are much more successful because of it!"