On Saturday, because of some pressing chores that needed attending to, I didn't get out in the garden until 12.30 hrs. It was a horrible grey day with very little in its' favour, or so I thought. Within minutes it was obvious that I'd seriously underestimated the conditions and was able to enjoy two and a half hours of vis mig. Birds were moving on a very broad front over the Newlands farmland arriving both from the north, over Broadstairs and also from the east over Dumpton Gap. My totals are nothing like accurate as many flocks evaded specific id due to distance and light conditions but this is what I recorded, for what it's worth? 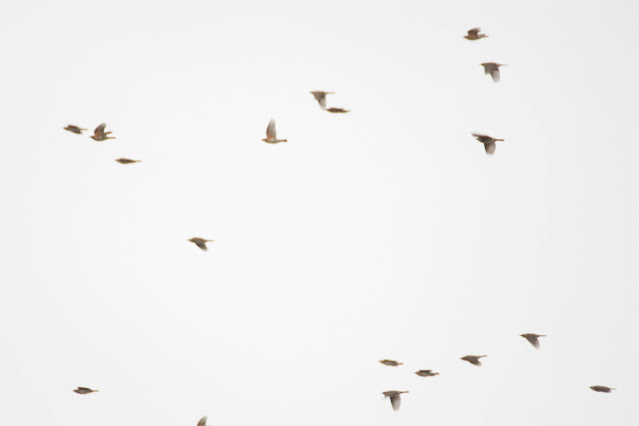 Common Buzzard - 7 (two singles, then a three, then two - all south)

Obviously this is but a snapshot of what must have been a major movement above Thanet as weather conditions allowed birds to cross the English Channel. Other oddities included single "alba" Wagtail, an adult Lesser Black-backed Gull and three Black-headed Gulls, all south. Not much, I agree, but it was the first visible movement of the autumn for me here in Dumpton!