Let's get this party started

A new year, hence a clean sheet as dawn breaks on the first day, with plans and expectations as fresh as those, well meant, resolutions that are always part of this annual transition. Being no different, I have a few things that I'd like to achieve during the next twelve months, yet must remain realistic because of the other factors involved in my life being far more important than anything related to my hobbies! However, January 1st 2020 has been very good and I haven't left the site. I've either been in my study, the summer-house or back garden. Back in the summer, it might have been after the second, ever, Pied Flycatcher had been photographed in my garden that I toyed with the idea of a simple project to attempt to photograph fifty species, either in or from, the footprint of our bungalow. 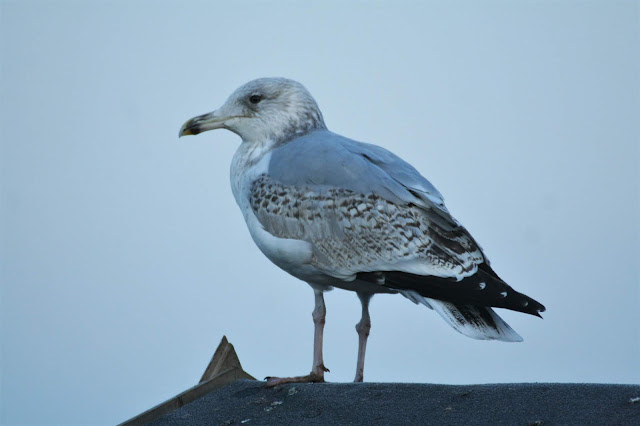 The day dawned grey, and gloomy, thus expectations were pretty low. It was a real surprise to hear a Song Thrush giving it the full volume, singing from the paddocks over at the main farm complex, heard whilst supping my first coffee of the morning. A second winter Herring Gull, perched on the roof of the shed next door, seemed like a subject to point the long lens at under the conditions.  I rattled off a few shots as insurance, but was hoping that the Raven would put in an appearance yet had a nagging doubt that the celebratory fireworks might have had a negative effect on the huge corvid roost which assembles in the mature trees of Ramsgate Cemetery each night. Shouldn't have worried as Bev espied this massive crow flying over the field beyond the garden hedge, but as it turned out I  managed to get shots of a couple of species which are, garden wise, equal in status to said Raven! 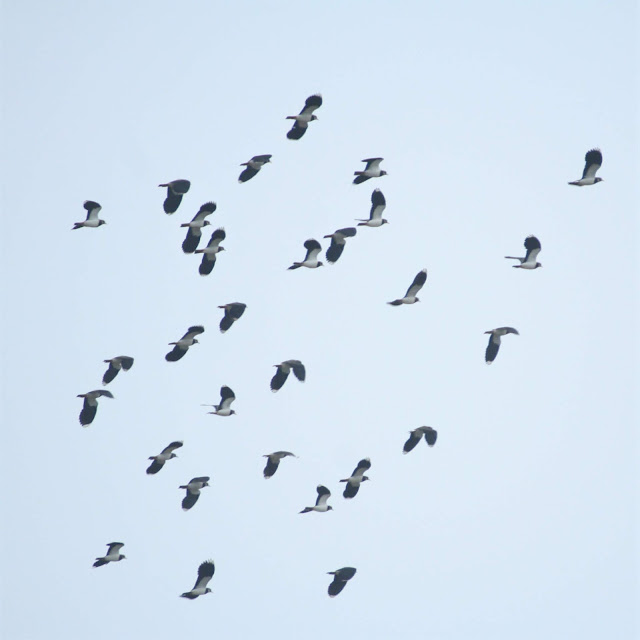 Firstly, a flock of Lapwings appeared over the fields, looking to drop in on the recently harvested cauli field, although they did a couple of circuits, coming right over the garden, before dropping down over towards Pyson's Road. I was happy enough with that. Sure; I record Lapwing annually, but usually very distantly as the flocks are disturbed over Pegwell Bay some distance to the south. 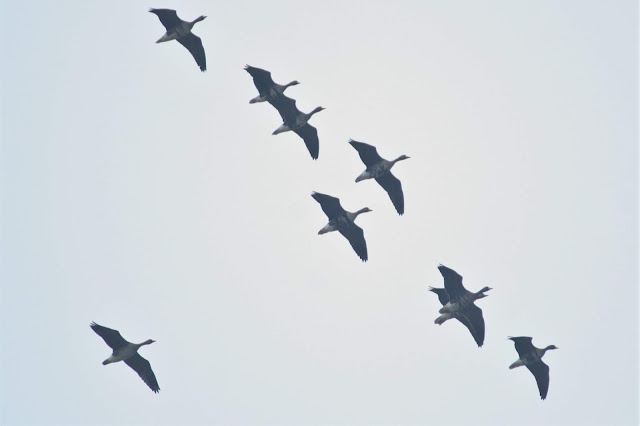 What happened next, I don't think anyone could have imagined. Having grabbed the camera as soon as Bev had spotted the Raven, I was out in the garden when I could hear wild geese somewhere up in the gloom. All of a sudden there they were, high over the fields, looking to come in, calling loudly and descending steadily. I rattled off a series of images before lifting the bins to establish the numbers involved and confirm Greater White-fronted as the correct id. Only the third garden record of this species. Twenty-six being my count, although I'm not convinced that there weren't a few more? I made the count as the flock disappeared off towards Pegwell and Sandwich Bay beyond. Obviously the presence of dog walkers and other activity ensuring they soon rejected Newlands as a possible feeding opportunity. 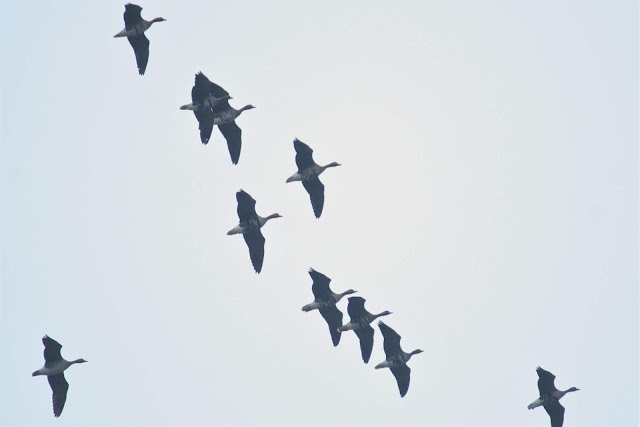 So I settled for that, three species on day one, and came inside to listen to the football on Five Live and relive the enjoyment of these unusual garden sighting as I downloaded the images. Work tomorrow but, I'm on lates so, the Raven might yet provide another subject for the garden photo project?
Posted by Dylan Wrathall at 16:51