Free time is very much a scarce commodity at present, such are the other issues which have to be dealt with. It was, therefore, an absolute delight to be able to grab a few hours this morning and head out onto the flatlands in pursuit of pike. The weather was glorious, for January, with dawn breaking to reveal a clear, calm, frosty scene with the wind increasing, from the west, as the morning progressed. Obviously chilly but I was dressed accordingly and really enjoyed my time on the bank. My only action came at 08.05 hrs when I landed a rather sorry looking pike which, on inspection, had been stitched up by another anglers' rig which was lodged in its' stomach. Fortunately, my PAC training allowed me to remove the offending trace, along with my own hooks, and I rested the fish in an ET Pike Tube for over two hours before releasing it back into the drain. I'm happy to report that it swam off strongly, so my efforts were worth while. Unfortunately, on the fish front, that was all that happened! However, knowing that this session was going to be my only outing, for the foreseeable future, I kept my binoculars and cameras to hand ever hopeful that something might turn up. Four Little Grebes were working the drain, a Water Rail squealed from an adjacent ditch, whilst several skeins of Greylag Geese headed over en route to their daytime feeding haunts, somewhere out on the levels. Common Buzzards, an immature Marsh Harrier, several Kestrels and a couple of Little Egrets did their best to keep me entertained, if not focus the long lens in their direction. It was left to the raucous sound of a cock Pheasant which was to alert me to the imminent appearance of two Foxes. I'd seen them (or another pair?) in the half light of dawn, but it was well after 09.30 hrs and the light now superb. Show time. They were hunting the margins of a large field behind my position and seemed oblivious to my presence. Never coming closer than around one hundred metres, the "dog fox" still provided me with plenty of scope for a few images. Happy days! 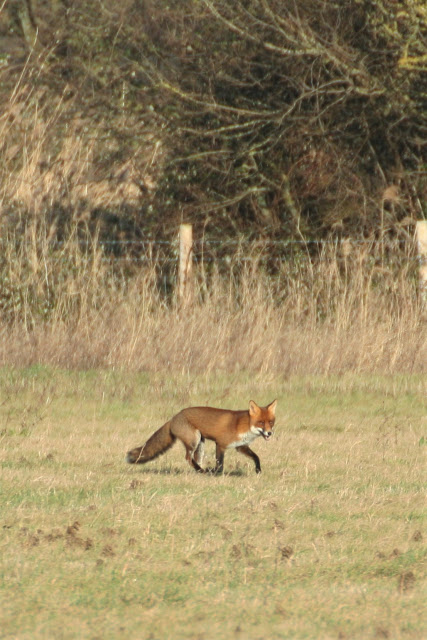 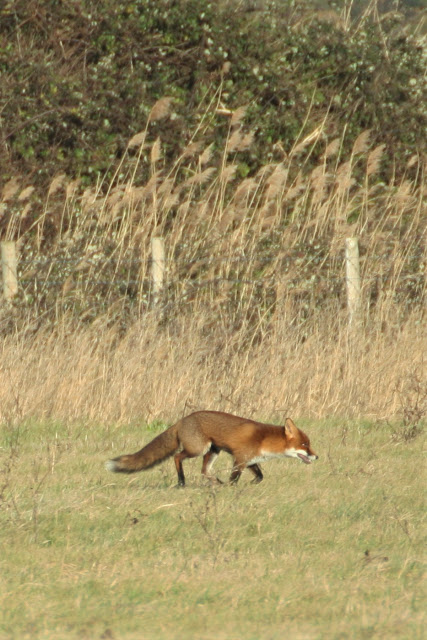 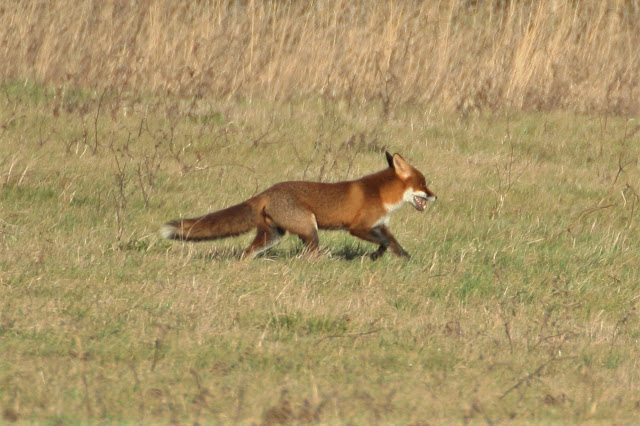 Back home for mid-day, I sat in my study listening to the football and watching the feeding station. All of a sudden there was a flurry of activity as a small gang of Long-tailed Tits arrived. I grabbed the long lens and went into the garden, hopeful of a photo opportunity. I had to muck around with the settings, but did manage a series of images, thus added species number six for my garden photo challenge! 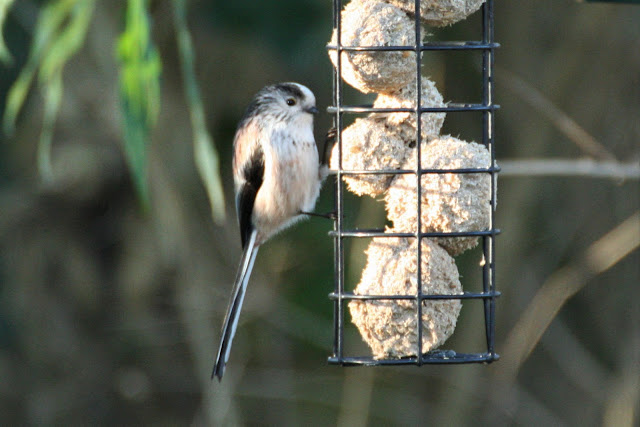 I was rather pleased to get this opportunity as I'd mucked up a chance of a cracking male Sparrowhawk, perched on the garden fence, early on Friday morning. I'd spooked it trying to creep into the summerhouse to get that bit closer!
Posted by Dylan Wrathall at 18:25