Storm on the horizon

Whilst I'll be the first to admit that I want out of the EU, the populist rhetoric, antics and confrontational language of clown prince Boris Johnson is totally unacceptable. A womanising, liar with an agenda for self promotion, to hell with the consequences, doesn't sit comfortably with my own desire to leave the constraints of a German dominated European Union. We joined a "common market" - so let's negotiate a way to get back to that simple concept. A sovereign state within a like-minded trade association - surely it's not such a radical way forward? Will it happen? We've got thirty days to find out if our politicians are able to find a way to put the national interest above those of party loyalty and its' divisive manifestations. I won't be holding my breathe!

Bev's mum has spent two spells in hospital since we returned from our holiday, such is the rapid decline in her health. This latest emergency was due to a heart attack and has resulted in her admission into The William Harvey Hospital over in Ashford, just along the road from the Batchelor's factory that was the catalyst for my moving from Hertfordshire to Kent way back in 1993. Under these circumstance the political shambles is little more than an annoying sideshow, Denise's health and well-being far more important in our little world. Fishing is nowhere on the chart until we get back to a level of normality that currently eludes us. So with Bev spending prolonged periods at the hospital I'm tasked with picking up Emily from school and keeping her entertained and fed, prior to her Mum picking her up some time after 18.00 hrs. The best I can hope is watching the garden feeding station and capturing a few shots of the visitors. The BTO ringed Starling put in a brief reappearance on Sunday and yesterday I was treated to a quick burst of action when a group of six Long-tailed Tits dropped in for a swift munch. The light was awful and ISO 1600 1/320th sec required to capture anything remotely usable; under the circumstances I'm happy enough with these results. 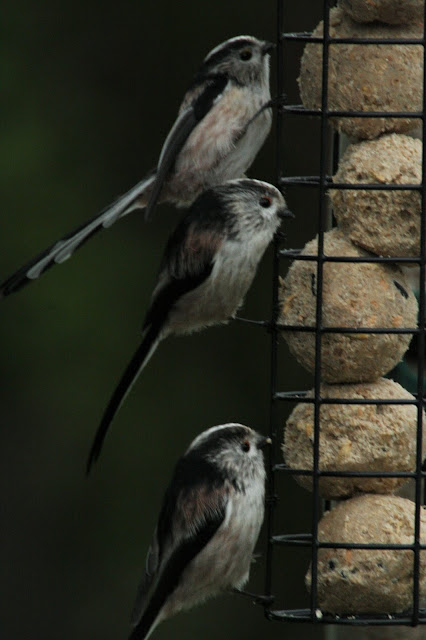 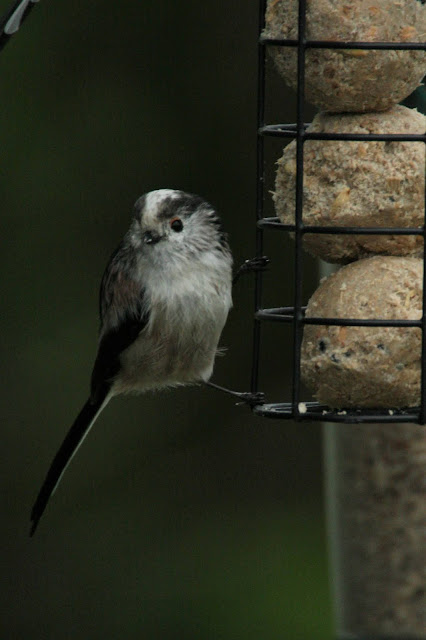 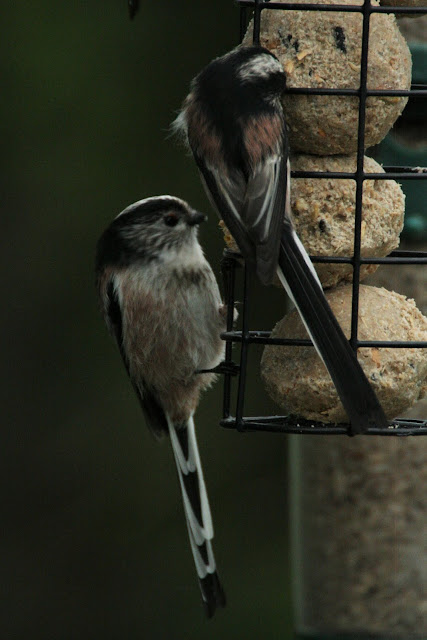 Bev and I will get through this but, for the foreseeable future, blogging will be less about Esox and much more about Observations - mainly from the back door!
Posted by Dylan Wrathall at 19:07