I managed to grab a few hours, yesterday morning, and headed over to Scroggins in search of a perch or two. Although successful in my quest, the size of my captures was rather disappointing but, when all said and done, does suggest that the future of perch fishing in the venue is secure. All those I caught were in fine condition and vivid colour; they just need to put on a few pounds! I'd arrived well before 05.00 hrs only to discover that my favoured swim was occupied by an overnight carp angler - drat! In all honesty, it wasn't that big a deal, I went round to the opposite bank and fished a swim that Benno and I had taken some decent fish from last winter. The added bonus, as it turned out, is that this swim is on the west bank and, therefore, allows a direct view across the marsh towards the rising sun. As the first chink of light appeared on the horizon I mounted my trusty EOS 400d on a tripod and started to click away as the sky gradually brightened. With heavy cloud cover, and the ever present threat of rain, this particular dawn was spectacular and far outweighed my failures as catcher of big perch. 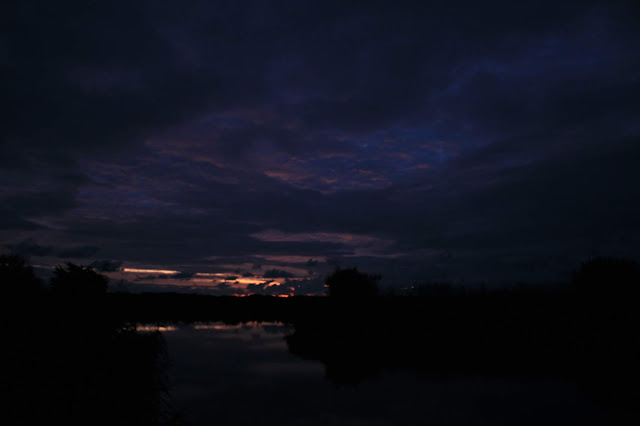 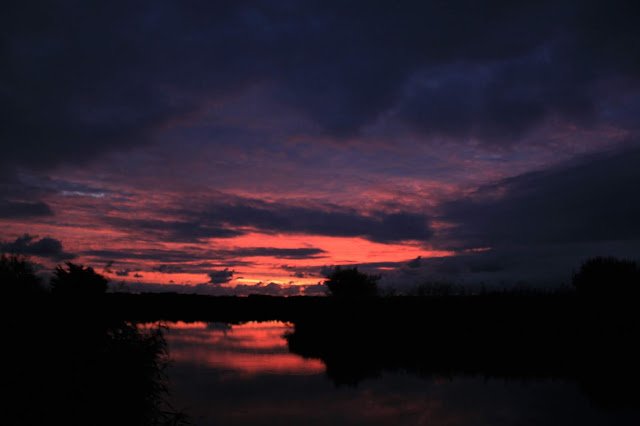 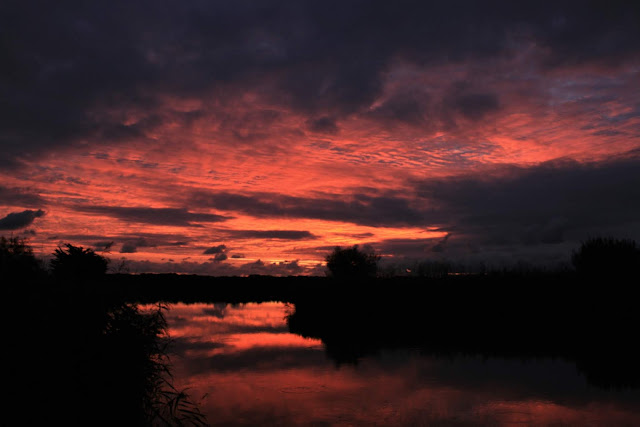 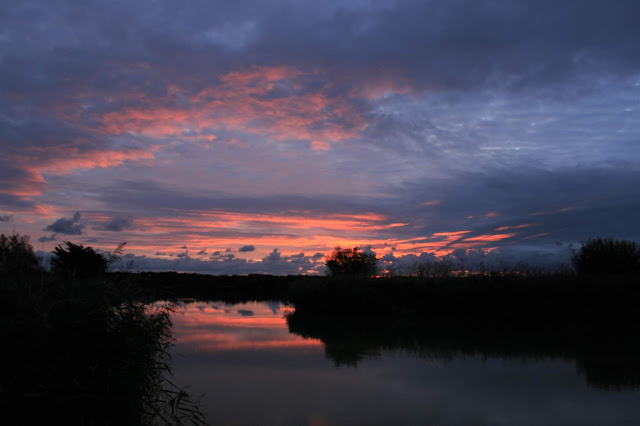 I called in at Camo's on the way home, just for a quick catch up and to replenish a couple of bits. Whilst we were engaged in idle chit-chat a guy came in to purchased some pike fishing kit and I suddenly realised that in my early angling efforts, my mates and I would be mad keen to get pike fishing from October 1st. Today, I associate pike fishing with frosty dawns and leafless trees, so generally get into some type of groove in the run up to Christmas. Having caught more than my fair share of big pike I harbour no ambitions beyond continuing to enjoy my angling, size is now immaterial, and will be very content to make the most of whatever fate decrees. I have made one commitment, however, and that is to take my grandson, Harry, to catch his first pike.  A November session might be required before it gets too cold for him to tag along, watch this space.
Posted by Dylan Wrathall at 08:26