It was whilst I was an employee of Batchelor's (The Unilever owned version) at the soup mine in Ashford, fantastic memories of very happy days with an outstanding group of guys and gals, that I first became aware of this new fangled internet/worldwide web stuff. One particular website stood out as a beacon of what this information technology meant to the ordinary guy. The ability to voice opinions, without fear of censorship, directly into cyberspace. Nothing to do with pornography, racism, politics or religion, the "Birds of a Cheshire Garden" was a labour of love by a guy who's ill-health meant that his garden was the limit of his mobility. Sadly, I cannot find any reference to this pioneering enterprise, thus am unable to give full credit to the visionary individual who's efforts were, in all but name, a blog; long before Google ever got involved. There was one post (diary entry?) which remains in my memory, the day when he had a Mediterranean Gull fly over his tiny "patch". The words were written with such passion that it left you in no doubt as to the impact this particular encounter had. Grammar and spelling mean jack shit - the ability to purvey the intensity of a moment being the whole point of communication, done with aplomb on that occasion and has stayed with me ever since. Why am I recalling this tale?  Today it happened to me, but not a silly Med Gull, even more bizarre, a bloody male Greenfinch! I know that I'll see Med Gulls around Newlands Farm, particularly during the autumn migration period, Greenfinches have disappeared off the radar so to have two, in two days, is mental. 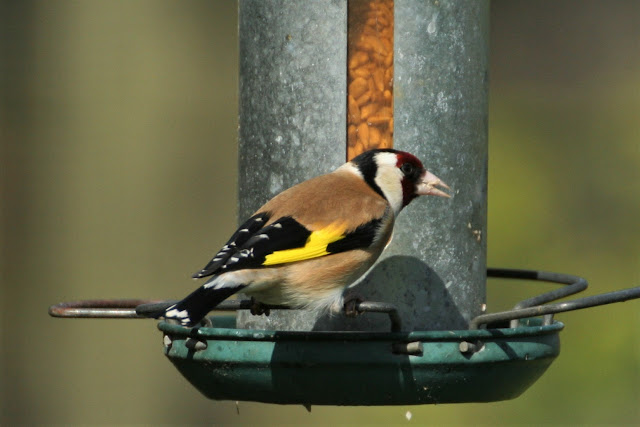 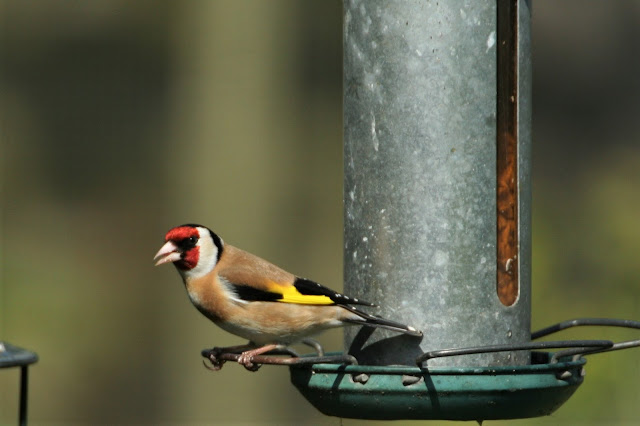 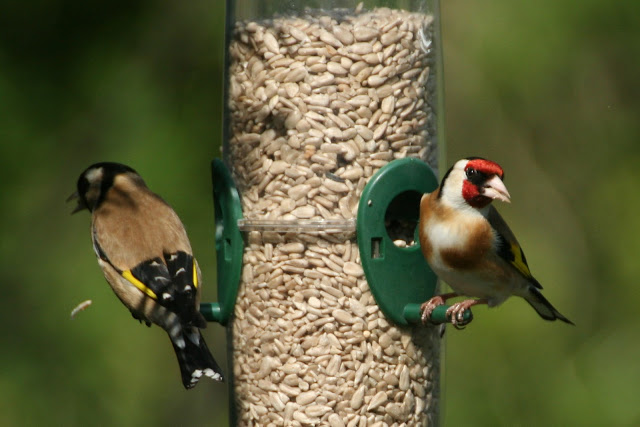 An incredibly frustrating set of encounters, the bird was singing at one point, and had made a fleeting visit to the feeders, but no photo obtained. Two, very photogenic, Goldfinches dropped down, El Gringo joined them, but remained hidden in the shade. Three hours after my initial sighting, I was almost ready to leave for work, when it landed, in full sunlight on the feeders, Bev loading the washing machine between me and the camera! Chaos ensued as I grabbed two shots, through the double glazed backdoor panel, before it spooked and I needed to leave for the afternoon shift. Result and much basking in smug fulfilment - job's a good'n. Not that I knew that until I got back home after my shift. A Sparrowhawk, over, being the only other notable sighting during a rather eventful morning.