Chaos on the horizon and a few gems

It seems like an eternity has passed since we submitted our plans to Thanet Council for their approval. Our builder has finally been given the green light and the transformation project begins within the next fortnight. Bathroom and kitchen have been designed and purchased from our chosen suppliers and now all that is left is for Bev & I to clear the rooms, and loft space, in order for Kevin and the gang to do their stuff. I'm sort of excited, but admit that carnage before creation fills me with dread. It would appear that the bungalow will be uninhabitable for a short while as the bathroom is relocated. I've still got to go to work and, hopefully, remain on an even keel? I'll readily admit that I don't do stress very well - and this period has all the ingredients to provide bucket loads of the stuff. However, every cloud - as they say, I have made inroads into the loft clearance and discovered some long forgotten treasures as a consequence. A box of slides, some old diaries, which include the (rejected) September 28th 1999 Booted Eagle notes and field sketches, plus many other items which are able to transport me (& Bev) back to earlier times in our lives. 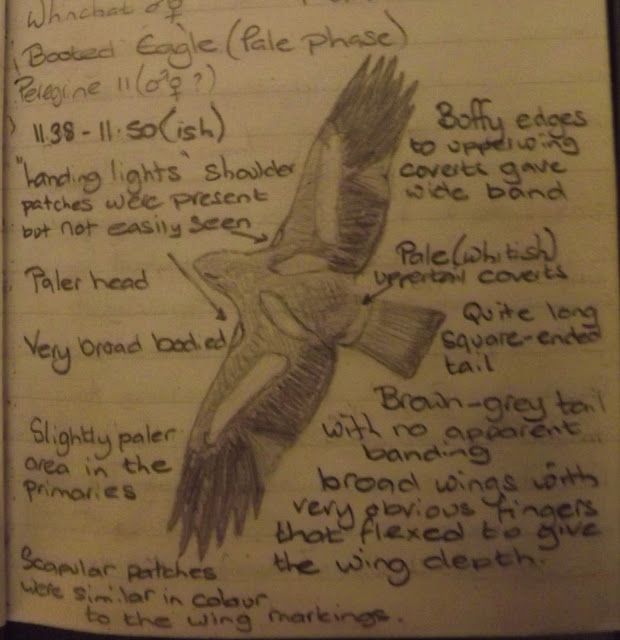 This afternoon, I've been emptying my book shelves, packing away some incredibly old publications dating back to 1896 - Lloyd's Natural History, 14 volumes, leather bound, that allow an insight into the unravelling of our natural world as travel became more available. One of my absolute treasures is the five volumes of the 1963 version of "The Handbook" which still remains a viable id resource in 2018. Obviously knowledge has moved on, but this landmark publication still has much to offer the general field birdwatcher.
It can be of no surprise that my angling has, once again, become a casualty of the situation. I will get back out once the prep work has been completed and our lives return to some form of normality, although that is a very difficult concept to grasp in a Wrathall household!! With so much change in the offing, it is comforting to know that I have holidays already booked (and paid for) which will allow escape from reality during this period of upheaval. Guess what? There'll be Booted Eagle on my 2018 year list - that's a certainty! And it won't require a rarities panel to decide if it's acceptable either.
Posted by Dylan Wrathall at 21:09