That session, with Luke, last Sunday has proven a very fertile experience despite the lack of action. Our conversations revolved around hopes and aspirations for the coming summer and how we'd measure success. Of course, I mustn't waiver from my desire to land a "thirty" on the split canes. So could me catching a 28 be a PB, failure, both or just another rung on the ladder? Luke, however, seeks far larger quarry across The Channel. He and Benno have their sights set on the Wels Catfish, of a certain French river, and are already planning several long weekends. They are both self-employed, so don't have to worry about holiday entitlement but, also, they don't get paid when not at work - they make the call. As much as I enjoyed fishing for Wels, during the mid-80's/early 90's, I have no plans to attempt any serious return to their capture, thus am not enthused by this project - YET!

For me the, English, pike season ends on 14th March, thus just one more weekend before I have to switch to another quarry. My logic is heavily flawed, but still driven by the experiences of yesteryear when the traditional coarse angling season applied, carte blanche, on all freshwaters. Under no circumstances am I willing to cast a bait into a flowing water during the "close season" yet am now happy to continue to fish for other species, in enclosed  waters, largely due to the advent of "commercial fisheries" and the dominance of  (plastic, off the shelf) carp angling.

That wild carp, I so desire, will come when it's ready - of that I am certain. With so many other factors falling into place, just recently, my ability to chase this ambition is now a realistic goal given that I will have more time in which to pursue my target. I'm not talking, time bandit, bivvy sessions - nope, just the ability to get in a few more short sessions during periods of suitable conditions. By using my time wisely, I feel confident of achieving that promise. I am also aided in my cause by the simple fact that I don't require anyone else to assist/accompany me. I can just as easily going fishing on my own as I can with Benno, Luke or Sye! As a group we are very fortunate that we share the same outlooks and values. We have no secrets, from each other, no jealousy of success nor boasting of prowess when it actually happens. Our angling is about enjoyment and being able to share that is fundamental to the relationships; none of us have to catch that fish in order to have a good day!

I've been down to Camo's, this afternoon, to pick up a few bits for the coming weekend's pike fishing on the RMC. Conversation was varied, but the prospect of the abandonment of the "close season" on UK rivers was a particularly lively exchange. Being of a similar vintage we hold strong feelings about the "old days" and that build up to mid-night of 15th June and battle resumes. I have so many compelling memories of that first cast; the Tring Syndicate members were fanatical in their pursuit of tench yet almost, to a man, equally committed to that mid-night hour and the stroke of the distant church clock before a cast was made. The modern generation have never experienced that thrill, the build up to a "new season" and the adrenaline moment when that first rod was picked from the rests. My conversation, with Camo, was all about the fact that modern anglers had no reason to miss this experience, because it no longer has any relevance. You can't miss what you've never had? In an era when anglers are able to buy experience from the shelves of a tackle shop, rather than spending time on the bank with other, older, anglers - learning their trade. Don't look back in anger - just sadness, that the things which were once held as important now are compromised due to the quest for the dollar! There is no other reason why the close season has been lost - tradition has no place in rampant capitalism. Fortunately, I have lived through an era when such things still had a value and I was able to gain a great deal of benefit from being part of it. I've often used the term "No good getting old. if you don't get artful" when exchanging banter within the factory - it remains true whenever I say it! 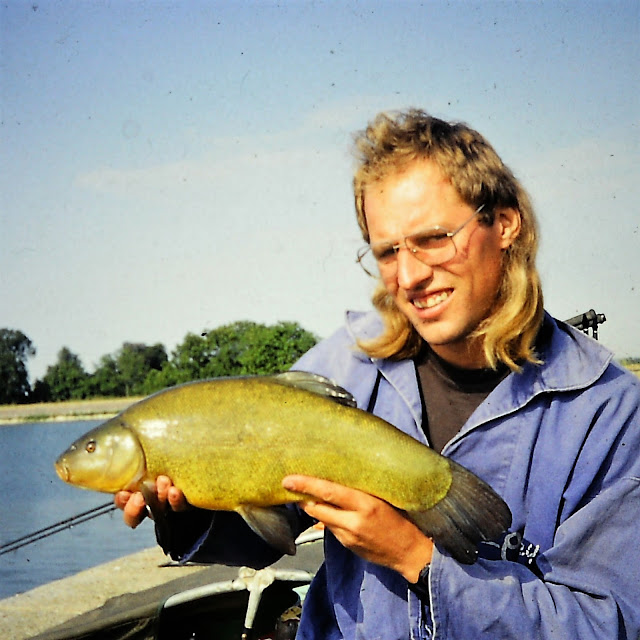