It was Dick Walker, as I recall, who came up with the term "controlled impatience" to describe the angler's approach to speccy hunting. To the casual observer, angling looks a very laid back type of pastime; however, if anyone is serious about their fishing, this facade disguises a very active thought process which each individual will be using to increase their chances of success. 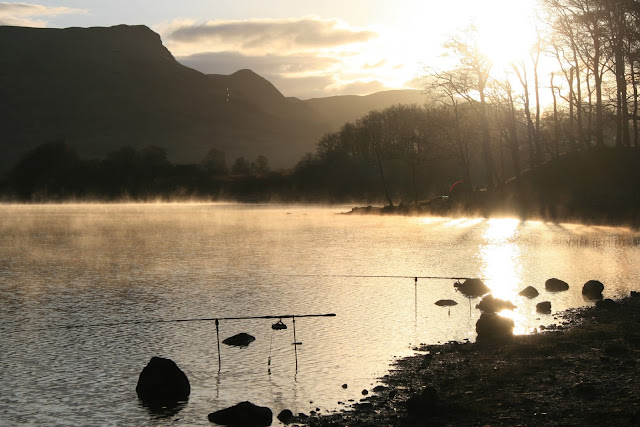 I think it is fair to say that my time at Loch Awe has seen me push myself, and my techniques, to new levels as I have striven to get to grips with the pike of this magnificent fishery. I've learned a great deal, but have never come close to mastering the venue; if such a skill is, indeed, attainable? Benno and Sye have also followed this route as they, too, developed their own pike angling skills - fly rods, lures and float tubes included! Our final trip was one of the best, not because of what we caught, but what we did, how we applied ourselves and ringed the changes as the session progressed. We worked as a team and every aspect of our fishing was talked about as we strove to maximise the effectiveness of our efforts. One of the benefits of being an "old git" is the ability to look back and use past experiences to assist the thought processes as we attempt to move forward. Sye has travelled a very similar path to myself, although he hasn't been side-tracked by birding/mothing or bumble-bees and has been chasing (and catching) big fish regularly since the early 1980's.
He had said, before we left his home in Aston Clinton, that he wanted just one more photo of both of us with Scottish pike - the original was taken at Loch Ascog in May 1982. Benno wanted a "double" on his Bruce & Walker Mk IV and centre-pin whilst I wished to see our doubles total pass the 100 mark - fortunately we all achieved our goals.

The final tally was 23 doubles from a total catch of fifty-seven pike - I had five, Benno six and Sye, who fished his socks off, twelve, including the 100th double! Great fun and some more superb memories of time spent on the shores of this wondrous loch. My own experience being further enhanced by the birding side-show. I got sixteen year ticks and also enjoyed prolonged time in the company of several species which, although not year ticks, are rarely encountered around Newland's Farm. As is usual, Ospreys and Black-throated Divers stole the lime-light but it was the chance to get up close, and personal, with Raven, Hooded Crow, Common Sandpiper, Meadow Pipit, Pied, White and Grey Wagtail that made for a memorable trip. Quite what the Common Redstarts, Tree Pipits, Willow Warblers and assorted hirundines made of the weather is anyone's guess - it was a bizarre situation to look out of the bivvy door to see Sand Martins skimming the surface of the loch whilst huge snow flakes fluttered down. 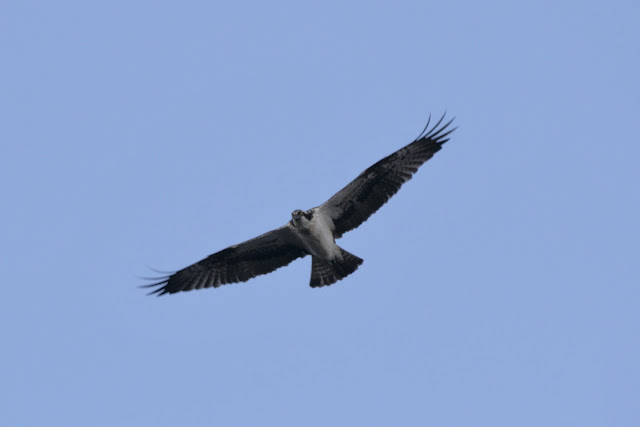 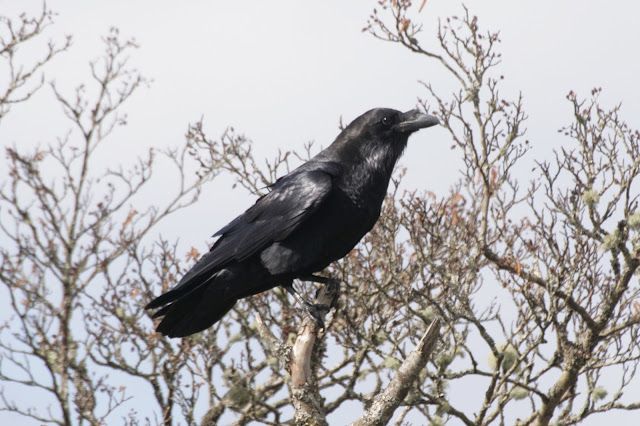 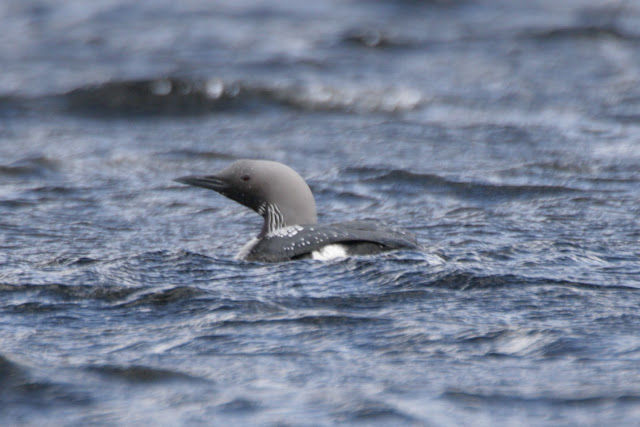 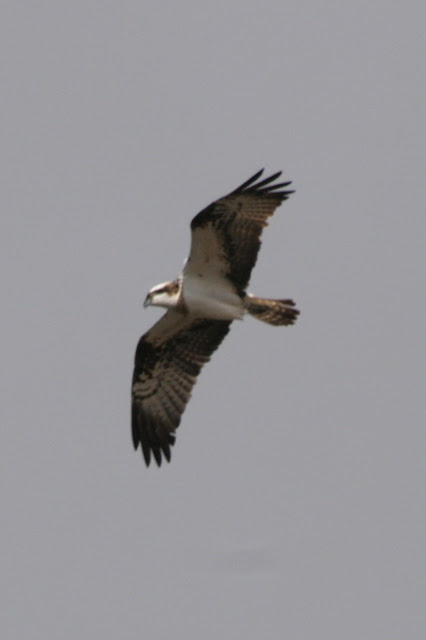 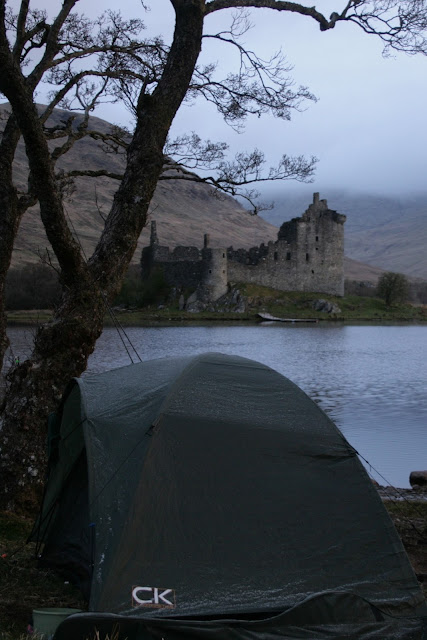 I really don't think that I'll ever return - it's been a fantastic privilege to have spent time on the shoreline of Kilchurn Bay. Alan has now passed over the tenancy to Kenny & Krissy, the site remains in safe hands.
Posted by Dylan Wrathall at 20:30