I had to take my Mazda 5 (MPV) into Canterbury for a bit of TLC and an MOT - as we are now, once again, a two car household, it didn't make any difference that we dropped it off yesterday and picked it back up again today. The experience made us £145 lighter, but the car remains roadworthy and legal, very important when it provides my transport for fishing and a taxi for the grand-kids! So a big up for Canterbury Mazda!

As I was driving back home, there was an Osprey flying above the A28, close to Hersden Industrial Est. It had, no doubt, been fishing the lakes of the Stour Valley, feeding up in preparation for it's final push North. They are one of my favourite birds. I suppose this has its' roots in my childhood and of a time when Ospreys were incredibly scarce breeding birds in the UK. During my childhood Loch Garten RSPB Res. was probably the only place anyone had access to, and any realistic chance of seeing, these magnificent fish hunters. I couldn't hazzard a guess at the number of Ospreys I've seen in the UK - I saw a few at Tring during my time there and have seen many more since moving to Kent (1993) - I've even seen one from my garden! They are a conservation success story and the subsequent reintroduction program, centred around Rutland Water, has been a flagship project for all that is good within this movement to re-establish our lost wildlife species. (Mirroring that of the English Red Kite program) 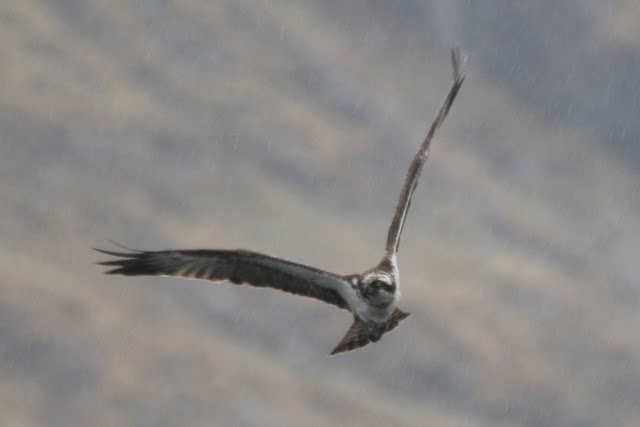 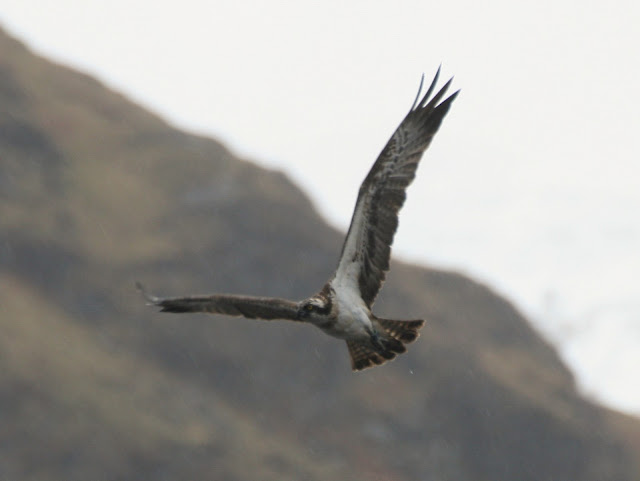 Now I am a cynical old git and wonder just how well this Osprey success story would be going if the species ate Grouse, instead of fish? The Red Kite success, north of the Tartan border, is not going at all well. Mystery nest failures, poisoning and shooting - all occurring regularly in, blatant, disregard to any wildlife laws and/or EU statutes. Why? Because, ill-informed, morons - funded by the ludicrously wealthy (Greed is God! - nice tie in with my previous offering?), see Red Kites as predators of Red Grouse. Shooting Red Grouse = mega bucks, the fine for killing a Red Kite = peanuts (let some poor sap take the wrap and the "gentry" pay the fine - every one's a winner, except the Kites! or the Hen Harriers, Buzzards and Eagles.) It seems crazy that so much conservation effort, and funding resource, is providing the basis for these two programmes yet one is falling victim to the, steam-rollering, power of wealth over law. A very worrying sign of the times - how many of the PS3/Nintendo generation care about what's happening to our natural world once we've moved on?
Posted by Dylan Wrathall at 18:41