I met up with Benno and Tom Spence, at our pre-arranged venue - the simple plan being to get Tom a pike. However, the brisk SW wind and the, still luxuriant bank side vegetation, meant that we were a little fragmented in our coverage. Tom bumped a fish early doors - he feels that he didn't give it enough "Wellie" Around 07.45 hrs, I had a take which resulted in a small jack gracing the landing net, I missed two more bites  - jack attacks or eels? - before 10.15 hrs; I'm confident that they weren't big pike! We'd already decided that 11.15 hrs would be when we packed up, when Tom had a take on a 1/2 Mackerel which resulted in him landing his first ever pike. We have to see this as a successful conclusion to a plan which was conceived a few weeks previously; Tom was rather pleased with this outcome.

Birding was rather ordinary, although I did record my first Hen Harrier (a ring-tail) of 2015, watched as it hunted over the adjacent marshes, and a pair of adult Peregrines were hunting in tandem - although we didn't see a successful conclusion.


So back to that box full of slides. Steve Gale has set the bench mark, with his "top ten" blogging posts. I happily embraced this template and have many offerings which are a direct spin-off of Steve's original concept. A comment he posted, on one of these efforts, suggested that I should try a "Top Ten" Angling venues. Looking at these nostalgic images; there is plenty of scope to get that gig together? I've actually already drawn up a list. I am now, therefore, searching through that massive collection for some images to accompany my choices. You've been warned.


If Wilstone is at the pinnacle - and I don't think that it could be up for debate? - the other nine venues are, however, by very definition, diverse in their make-up and, as yet, not in a definitive sequence. I will continue to search through the library in the hope of getting some photos to accompany my choices.  In the mean time, I will take the liberty of posting some more images that have been picked out from amidst the dross. In no way do they impact on the order in which my favourites will be chosen. 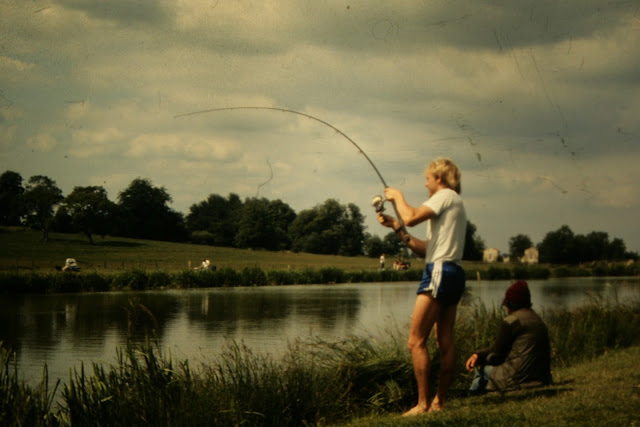 So once again I find my head filled with the memories of some mad times. Quite how I've managed to survive, intact, is testament to the rigorous health kick that I employ during my day to day existence - TOTAL BOLLOCKS! I have been incredibly lucky whilst other, very good men, have fallen by the wayside.


It goes without saying, very few others will be able to align their thoughts with mine - it has been a rather deviant pathway that has gotten me to where I am today. However, old photos always have an endearing quality that can raise a smile to even the most cynical within our midst!