When, in 1979, John Everard wrote his chapter on Barbel for the Ernest Benn publication; The Big Fish Scene, he started it with this (and I quote) "Someone once said that their favourite fish was the one they were fishing for at the time" Wise words indeed and as true today as they were back then.
Having had the privilege to learn my skills, via a prolonged angling apprenticeship, I have also been very fortunate to have been shown a "bigger picture" of the hobby and what's on offer. This will be the root cause of my intolerance of modern angling and anglers - it's not their fault that this type of journey is no longer available, even if they wanted it?
Modern equals instant - and is dominated by a single species; carp! Other species also have their devotees, but they are fringe players in the modern era. Then there are us old farts - stuck in the past, clinging to the notion of being part of a tradition. Sporting countrymen who seek challenges in idyllic surroundings and see their quarry as creatures of mysterious cunning who need to be treated with the utmost respect in order to get a bite. Romantic twaddle for the most part. In short, I can't get any more enjoyment from my approach than a modern carp angler will from theirs - it's the same, but different!
Do I have a favourite species? No, I don't think that I do. I love angling for big fish, but I also gain great pleasure from simply being outdoors, fishing or not. My appreciation of a bigger picture becoming more important with the passing of time. Seeing the world through the eyes of my Grand-children gives a whole new dimension to what's on offer. I will, however, attempt to give an overview of my current thinking on my angling priorities and the species involved.

PIKE - Well they have to be right up there at the top of the tree! It was Benno's suggestion that we go back to Loch Awe, for one last trip (back in 2011) that kick started my angling journey after an 18 year lay off!
Esox lucius - the Northern Pike, a species which demands respect simply because of the way it looks. Physically big, the un-blinking stare and needle sharp rows of teeth within the enormous gape, even to non-anglers they are impressive creatures. The apex predator in the freshwater environs of the UK, they are capable of testing the tackle and techniques of any angler who seeks the challenge - just steer clear of the obese specimens within trout waters, unless weight is more important than enjoyment? Not the hardest fighting species in our fisheries, yet a fish which for me will always be associated with wild places and wild weather.

BARBEL - A conundrum of some complexity. Yes I do enjoy catching barbel, and yes I have been very lucky to have landed some extremely large individuals in the past couple of years. I think that it would best be summarised by the fact that I do gain immense pleasure from my barbel successes, but I have no great love of the challenge of fishing for them in The Kentish Stour. My memories of so many happy sessions on The Royalty Fishery (Hampshire Avon), King's Weir on The Hertfordshire Lea, The Windrush and The Thames all cherished and stored indelibly in my mind. The trials of the Kent campaign being a serious blot in my angling story - I must try harder? They are a species with which I associate centre-pins and Fred Crouch (the two being inseparable in my former years) - to have landed four, of my five, doubles on such reels is what makes the Kent successes so much more bearable, I have a link with the past. 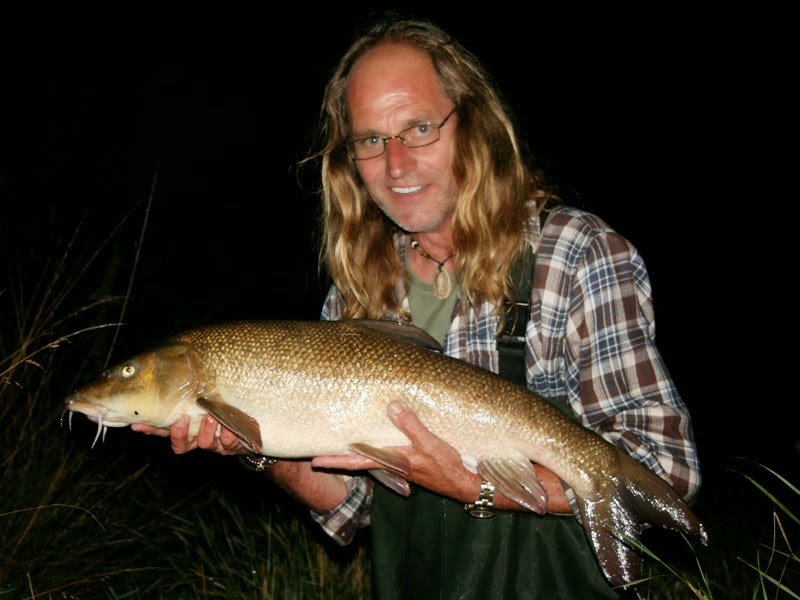 That I have this challenge, right on my doorstep, is why I can't simply walk away and ignore it. There are fish in the river which are, even by National standards, extremely big barbel - has one got my name on it? Summer of 2015 might just be when I discover some more about the R. Stour barbel and myself in the process? Their fighting abilities are legendary, they are able to test tackle and angler to the very limit - I hold them in very high esteem, although the Kent fish are bastards!

TENCH - I would be lying if I said I didn't once have a favourite species! In the Tring years, tench were it! To have been part of that era is a privilege which very few were lucky enough to experience. My time and memories of those events are as vivid, today, as they were over thirty years ago - it was a magical period and I was part of it!
There's no point in claiming tench to still be my favourite species - I've only caught one very sad little specimen since my return to the hobby. However, I have discovered a venue which might possibly reinstate these magnificent fish to their rightful place. OK - it's never going to be Wilstone II - it won't be history in the making, but it does possess the ingredients to make it a bit special if my hunch is correct?

BREAM - I'm not sure if I'll ever make another serious cast in an attempt to catch a big bream? Such is the way of the modern angling scene. In my crazy past, these fish were much sought and prized - a double being the "Holy Grail" amongst the chosen devout followers. My quest for such a beast was a leap of faith - an angling puzzle of equal complexity to any other that I faced.
To have captured double-figure bream, by design, is one of the highlights of my angling career. That modern carp anglers dismiss them as "Snotters!" is a very sad indicator of how the sport has lost its' way.

PERCH - A species which has only become a viable challenge since my return to the hobby. I adore the bristling fins and erect dorsal as a perch comes grudgingly to the net. They are all attitude and colour - I love the species for all they represent. Hard fighting and always good looking - on the right gear a test of any angler's ability. I will continue to pursue this species, during the season, my desire being to see my PB reach a respectable 4 lbs +. One of the things that attracts me most is the unpredictability - these fish can grow to specimen size, yet remain undetected, in the most unlikely of venues. 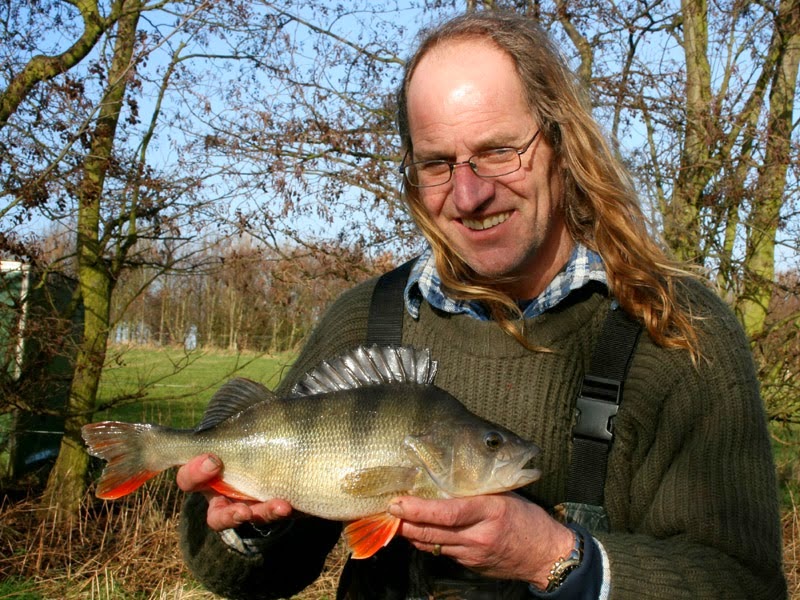 WELS CATFISH - An introduced species with which I enjoyed a very successful period in my earlier years. Fish of unthinkable dimensions are now present in UK fisheries - a thirty was the fish of dreams in the 80's. Do I really want to use sea fishing gear to catch fish in a UK coarse fishery?
These introduced foreign monsters don't sit easily with my current thinking - I'm happy to give them a miss. The Claydon years were everything I could have hoped for and, once again, I was there when it mattered. The subsequent generations of anglers, that have followed, know no different and the thrill of modern cat-fishing is no less exciting than my recollection of those times gone by?
CHUB - Sadly, I've always treated chub fishing as a make weight pursuit. Only very rarely have I deliberately set out to catch this species. It's to my shame that I've not developed a greater interest, they are fantastic fish and very worthy of a sustained effort. There are chub in The Stour which could add two pounds to my PB, without any trouble. A situation that I often think about, but that's as far as I get - I'm so easily distracted!
CARP - Living in Kent means that carp are a species which simply cannot be ignored. Every fishery in the county contains these creatures - almost! There is no getting away from the fact that I really enjoy my encounters with the carp of the local commercial fisheries - I use them as a way of recharging my enthusiasm and bending a rod whenever I'm struggling with other projects. The one thing that this approach is not, is serious - it is fun fishing. I still harbour a desire to capture a decent carp, but I want it from a venue where I don't have to compete for swims and known individual carp. There are very large carp present in The RMC, The Stour as well as many of the dykes which criss-cross the marshes. These fish see very little pressure and would provide all the challenges I desire, should I choose to fish for them? It is on my "to do" list, but, then again, so is very much more!
ZANDER - Even when I was "full - on" chasing big fish, zander somehow seemed like a side-show? They were a circus act, not to be taken too seriously. I did have a dabble, caught some decent-ish specimens, but they were just a distraction from the pike fishing which is why I was in Fenland in the first place. I only ever saw one double - taken by the late John Foster. Benno has spoken about his desire to catch a zed - I might get carried along with moment, but still can't see this species as anything more than a quirky distraction from pike!

So there it is - my summary of the state of my angling priorities as of February 2015. Be under no illusion that these thoughts are cast in tablets of stone - I can change my mind with the direction of the wind; and often do.