I had a number of ideas for a post title but, settled for this one, because I thought it might get more "hits" than the alternatives? It was over forty years ago that I captured my first pike; gaffs were still a common sight and the use of a spring-loaded "gag" to hold the pikes' jaws open was the universally accepted method of getting the hooks - always trebles and generally of a large size - out. As often, as not, these fish were killed, not because they were good to eat but, instead, simply not wanted in the fisheries of the UK. Freshwater sharks is how the club anglers, of that time, viewed them. "The only good-n's a dead'n!"
It wasn't until the catastrophic effect, and match angler reaction, caused by the introduction of Zander into Fenland, by the Great Ouse River Authority, that Pike started to have an accepted and legitimate place within the ecosystems of the UK. All of a sudden it was "poor old pike" and the club anglers venom was then directed toward the introduced alien. Things have moved a long way since the 1970's - thankfully!
I did actually have a gaff, although never used it, which I'd found besides the River Orchy in Scotland. I assume that a Salmon angler had misplaced it? It was a nicely engineered, telescopic, piece with a steel tip, brass sections and a mahogany handle - it got lost during my divorce! I'm fairly sure that either Simon or myself still have a "gag" hidden away in our angling debris, they were really hideous contraptions. There was nothing humane about their purpose - they existed so that anglers could get their tackle back, not because the pike were worthy of returning to the water! It was the evolution of The Pike Society into The Pike Anglers Club of Great Britain which was to elevate the status of pike, and pike angling, to where it is today.

My own journey follows a similar course. Pike have always held a fascination ever since that first encounter, with a small "jack", at Pixie's Mere. Tackle has evolved to make the capture of these fish a more enjoyable, and eco-friendly experience. The pike are no longer the "bad guys" in a fishery and, in these enlightened times, are now returned to the water in as a good a shape as when they came out. I have been very fortunate to have had some fine teachers as I've developed as a pike angler. Lester Strudwick was right at the very start of my serious angling, Andy Windmill (Luton PAC R/O) and, much later, Eddie Turner and Co - they have all assisted my education, and understanding, of the core skills I've acquired during this process.
When Luke took his 18 lbs 4 oz pike from the RMC on Sunday - I said to him to "take your time - there isn't a hook that I can't get out!" That's how confident I am with my own abilities - Davie Robertson (Central Scotland Pike Anglers) calls us the "Fish Doctors" after seeing how we're are able to remove hooks and rigs from the pike of Loch Awe. It's not about boasting - it's total confidence in my ability.

I am seriously of the belief that if you lose a pike, on modern gear, then it's a small one. I make no secret of the fact that, today, I'm a "static deadbait" angler. If a pike comes adrift, then it isn't the one I seek. Of course I might be talking absolute bollocks - but that's how I see it! If a decent pike picks up my bait, then I'm going to hook it and place it in my landing net - it's a very simple concept!

I will make a few observations about my baits - because I do have a tweak, or two, which might place my approach beyond the normal?  Firstly I am obsessed with colour! If I can do anything to offer something different - I'll do it. The most straightforward change is dying a bait - Dragoncarp sell sprays that do the job - I use carp boily colours - I can't see that where the dye is from is particularly important beyond the fact that you are offering something different? Then there is the use of flavours - I have played around with this for a very long time, I was catching pike from Wilstone Res. in 1987 using fish oils as enhancers on my baits. 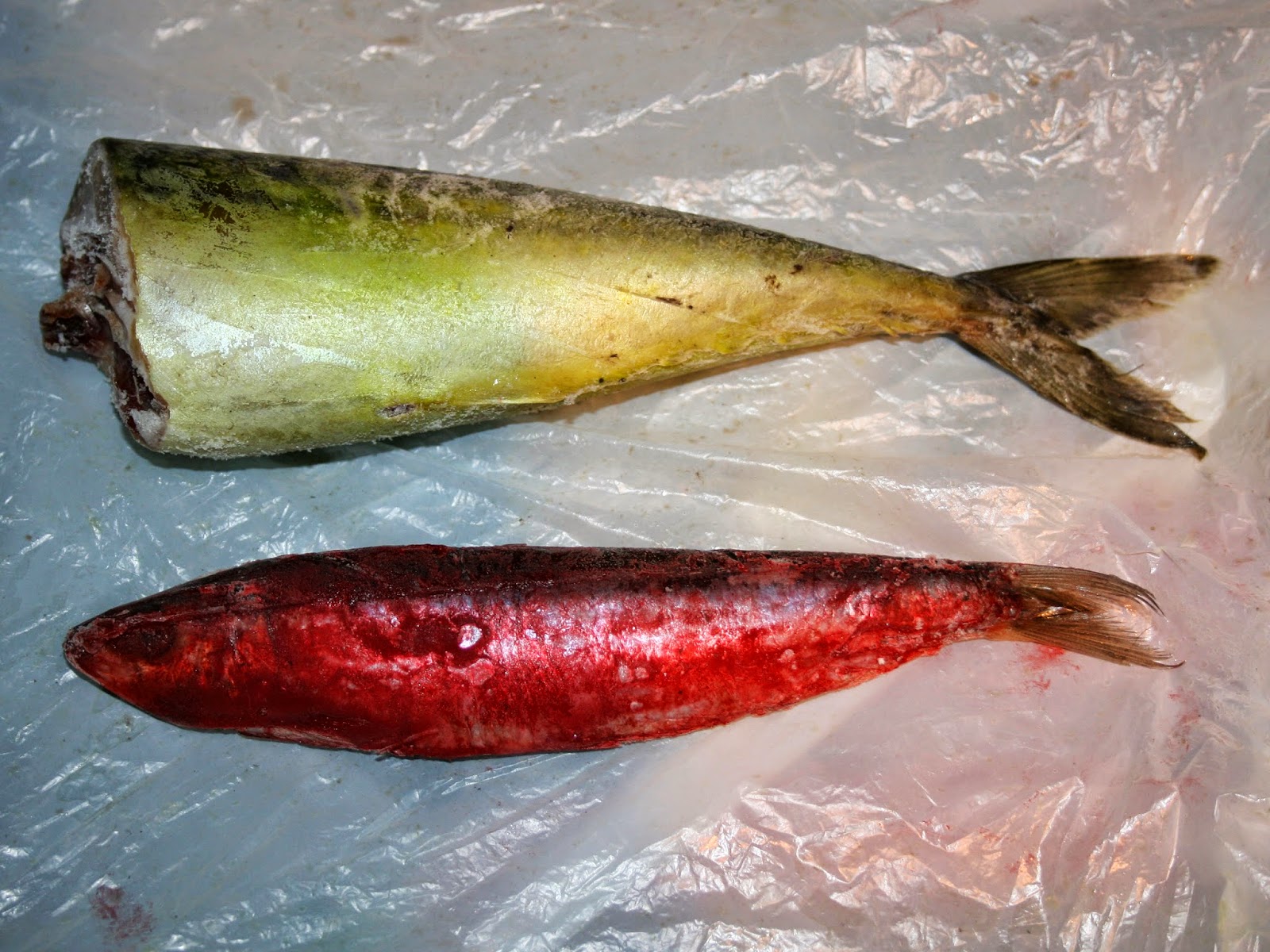 What, I think, is fundamental in all this twaddle is the confidence gig! If you don't think that you'll catch a pike - then you won't. By using a combination of flavour and colour I am certain that I couldn't do more to make my bait more attractive. The fact that I have spent a lot of this winter without any action speaks volumes about this approach and, also, my choice of venues. Nothing will be changing as a result of this inactivity - I'm already planning my next trip and my confidence remains positive.

Static dead baiting is never going to provide endless action. If a bent rod is what you seek then lure fishing might be a better option? Failing that - try live baiting if your conscience allows?


I do hope that my choice of images hasn't been lost on you? They are all 19 lbs+ pike, apart from the final one, which, had I the desire, could easily have been passed off as "twenties" - Dennis Pye eat your heart out!