The wonders of woodland

I had to be in Herne Bay for 06.00 hrs, this morning, just to drop Bev off. With the start of my shift still some eight hours away, my journey homeward incurred a detour to the delightful woodland of East Blean. Famed, quite rightly, for the population of Heath Fritillary butterflies, it has so much more to offer anyone with even the slightest interest in our natural history. 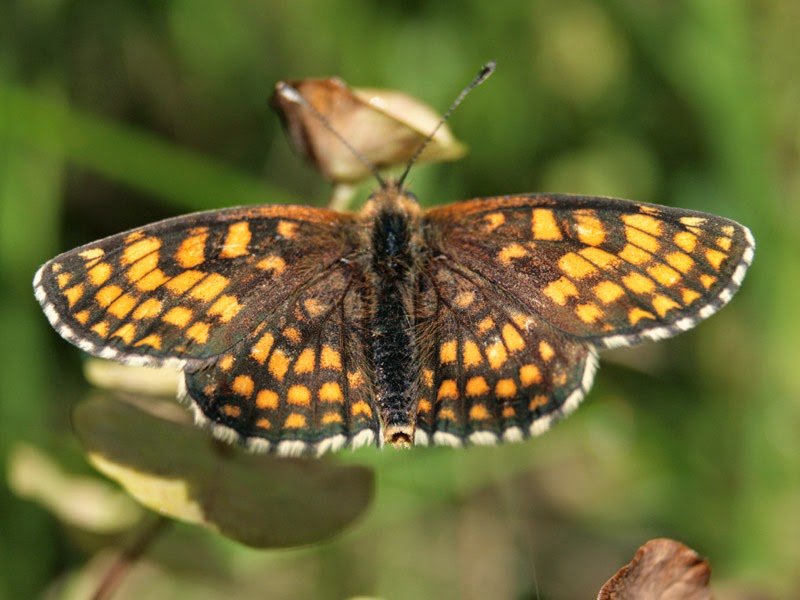 I was parked up and wandering the circuit within fifteen minutes of leaving Bev. My first surprise was a singing (if that's the right terminology?) male Lesser Spotted Woodpecker - a year tick. I soon added the two other woodpeckers, Nuthatch, Treecreeper, Coal Tit and Tawny Owl; it was rather good being out at that time of day. The sun was rising steadily and various glades produced sightings of micro-moths, sawflies, hoverflies, ichneumons and umpteen other invertebrates. It was a joy just to be there! That I was armed with my bins and camera gear ensured that I was able to enhance the experience with some fantastic views, plus shoddy photos, of many of the species I encountered.
I was in the wood for nearly three hours, looking at this and that, as various subjects caught my attention. Butterflies were nicely varied and I saw my first Ringlet, Gatekeeper and, of course, Heath Fritilary of the year plus seeing a couple of damselflies - a female Variable allowing a nice series of images.
As the heat intensified, so the dog walking fraternity appeared along with the surprise figure of Bill Gawler (an old Stodmarsh regular). We chatted for a while about this and that, Bill hoping to see White Admiral which, given the conditions, shouldn't have been out of the question. As I needed to get back home for some kip, food and a shower (in that order), before I started work, we said our good-byes and went our separate ways. I had taken loads of images and had to change my camera battery once. With that amount of images to sort through, there was no way I could do anything with them until work was over.
Due to my fascination with macro subjects, I didn't record a single image of any of the birds I saw - my camera being fitted with 14mm extension tubes and the 18 - 55 mm lens. The 170 - 500 mm Sigma lens carried around the whole circuit without once being used, yet I'd rather be safe than sorry. 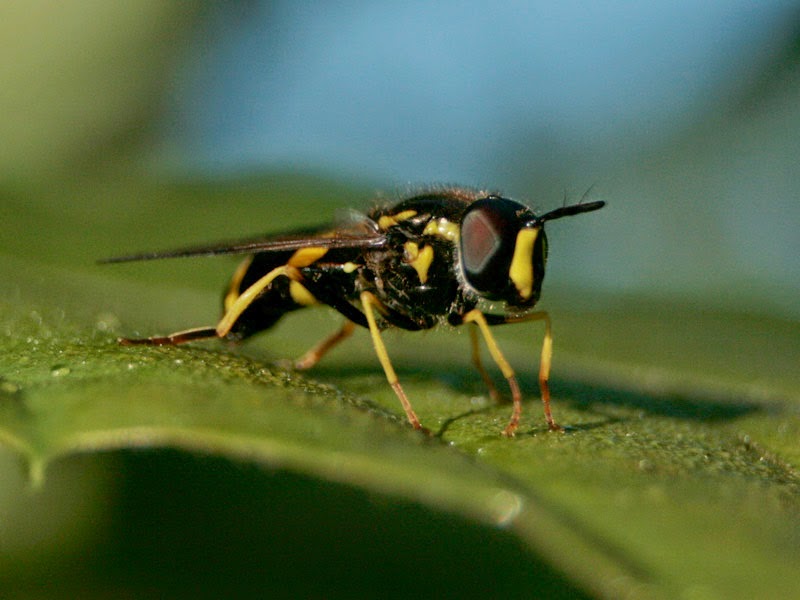 I had an absolute blast wandering around this habitat, we've got nothing like it on Thanet. There was one particular insect which has caused much head scratching (not that it takes a lot and, no, it is not a flea!) A fly sp. which I, at first, took to be a hoverfly but quickly dismissed, provided the most stimulating sighting of the session. They were numerous around my route, thus I cannot think that it is anything particularly scarce. yet I have never noticed them before. Its' lack of mandibles rule out any type of wasp, the antennae have spikes, so it isn't a bee either. Quite frankly I have no idea where to start looking for an answer - they were enjoyed all the same
Posted by Dylan Wrathall at 23:38